A devastating labor union-friendly bill authored by state Senate President Pro Tem Darrell Steinberg, which did not pass the Legislature last year, is back, with amendments. SB 25 would force a farming employer into “collective bargaining,” which actually is an order written by an arbitrator who forces it on the employer and employees against their will.

If SB 25 is signed into law, the waning United Farm Workers labor union stands to triple in size.

It is apparent labor unions are trying to gain what they can no longer win through the secret ballot process and sincere labor negotiations, with agriculture employers. The UFW reported only 3,329 active members with voting rights and 1,052 retirees with no voting rights at the end of 2012.

According to peach and wine grape grower Dan Gerawan of Gerawan Farms, SB 25, by Senate President pro Tem Darrell Steinberg, D-Sacramento, would forcibly unionize his 5,000+ employees along with other farm employees in the state. And it would make the workers surrender 3 percent of their paycheck as dues to the UFW — or the workers would be fired.

SB 25 would allow the United Farm Workers labor union, and California Agricultural Labor Relations Board, to force an employer into mandatory mediation at any time.

Gerawan’s employees don’t want to be unionized, and have spent nearly two years fighting this brutal union takeover. They fought SB 25 in 2013, and hoped it was dead. Since then, they’ve been fighting the state’s ALRB, and UFW labor union, which are in cahoots to force the workers into unionization.

The bill would put farm workers under the state’s Mandatory Mediation and Conciliation law. Under that law, the California Agriculture Labor Relations Board could impose wages, terms and conditions of employment on the farm workers and the company itself. The terms of an agreement would be decided by a single arbitrator/mediator, who meets with the employer and the union separately, and drafts the contract. Workers never would get to vote on the contract, as they do with actual collective-bargaining agreements.

Collective bargaining: It’s not collective, there is no bargaining

What is forced is in no way a “collective bargaining agreement.” It’s not collective, there is no bargaining, and there is no agreement. It’s actually an order written by an arbitrator who forces it on the employer and employees against their will.

This bill does not “assist” collective bargaining in any way — there is nothing about the process that is consensual. 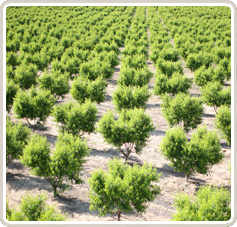 The bill would make it very difficult to avoid immediate implementation of the contract, even if the farmer seeks appellate review of the Agricultural Labor Relations Board’s final order.  Under current law, once the farmer files a petition for review by the Court of Appeal, the contract cannot be enforced, unless and until the appellate court affirms it.

Under the proposed law, the farmer carries a high burden of proving, by clear and convincing evidence, that its petition will prevail in the Court of Appeal, and that it will be irreparably harmed by immediate enforcement.

Additionally, under settled principles of law, a statute should clearly indicate its retroactive intent, and this one does not.

Collective bargaining agreement enforced, even while under appeal

SB 25 passed the Assembly last year by a vote of 43-25; all Republicans voted “No.” It was sent to the Senate’s Inactive File where it sat for a year before being removed last week and amended by Steinberg – presumably to make it more palatable. But it is evident Steinberg and the state’s Trial Lawyers Association crafted these amendments.

Even with amendments, the bill will continue to require that an ALRB final contract order must go into effect even if the order is appealed to court. The bill also changes the standard of proof required before a court may stay an order. A “preponderance of evidence” was required; now “clear and convincing evidence” is required.

The farmer will have to demonstrate that he or she will be irreparably harmed by the implementation of the order, and demonstrate a likelihood of success on appeal.

SB 25 requires the agricultural employer or labor organization filing the declaration seeking “mandatory mediation” to additionally declare that it has made itself available to meet and bargain with the other party at reasonable times and places during the 60 day period after the ALRB has certified the labor organization, or after the ALRB has dismissed a decertification petition upon
a finding that the employer has unlawfully initiated, supported, sponsored, or assisted in the filing of a decertification petition, or the 90 day period after a request to bargain.

Is this really Democracy in action, or strong-armed tactics?