Berkeley Busybodies Side With UFW Rather Than Farmworkers

The liberal busybodies on the Berkeley City Council are weighing-in again on an issue that has nothing to do with their city: Gerawan Farming in Fresno is in their crosshairs again. 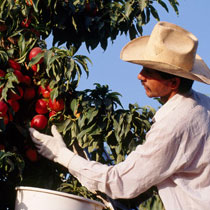 While the California Agricultural Labor Relations Board has steadfastly refused to count thousands of ballots collected by Gerawan farmworkers, cast nine months ago to decertify the United Farm Workers labor union, Berkeley is inserting itself in the labor dispute – on the side of the big labor union, rather than with the little, farmworkers, fighting for the right to work without a union.

It is ironic that the ALRB, created in the 1970’s to provide farm workers a voice, refuses to let workers have a voice to vote to decertify the UFW, because the outcome may not fit their agenda.

In July, the City of Berkeley decided to weigh in on the contentious labor issue — the same city council of liberal busybodies which in 2008 approved a measure which told Marine recruiters to vacate their Berkeley office.

Rather than offer support to the farm workers in their fight to oust the UFW from Gerawan Farming, another Berkeley City Council member is calling for letters of support for the UFW. 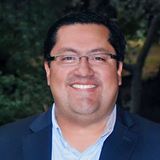 Jesse Arreguín, a Council member from District 4, wants the council to adopt a Resolution calling upon Gerawan Farming “to meet basic standards of conduct,

including refraining from violating state or federal laws such as labor relations laws, anti- discrimination laws, and minimum wage and hour laws, and to immediately implement the union contract issued by the neutral mediator and the state of California.”

The last recommendation for UFW support came from Berkeley Councilman Kriss Worthington. “Support the United Farm Workers by sending letters to Wal-Mart requesting it upholds its own ‘Standards for Suppliers’ and to Gerawan Inc. urging it to protect and aid its underpaid agricultural workers,” Berkeley Councilman Kriss Worthington said in a letter.

“Egregious violations of California labor laws by Gerawan Farming, one of the nation’s largest grape and tree fruit producers with 5,000 employees that sells through its Prima label, symbolizes the agricultural industry’s defiance of the farm workers’ rights to organize and negotiate union contracts despite California’s 1975 Agricultural Labor Relations Act guaranteeing those rights.

Since Gerawan farm workers voted for the United Farm Workers of America in a state- conducted secret-ballot election in 1990, in the last major organizing drive under Cesar Chavez’s leadership, the Gerawans thwarted major worker efforts to negotiate a union contract since that time.”

In Worthington’s letter, he explained to the rest of the city council, “Gerawan Inc. owns the Prima brand, whose agricultural products are sold at Wal-Mart stores across the country.” Worthington said Gerawan Farming advertises “the best wages” and “a comfortable working environment” for over 5,000 workers that harvest their crops, and challenged Wal-Mart, a major purchaser of Gerawan’s Prima products, to dump the farming company.

The UFW won an election to represent Gerawan Farming’s workers 23 years ago. But after only one bargaining session, the union disappeared and wasn’t heard from for more than 20 years. In desperate need of dues-paying members, in October 2012, the union reappeared to impose a contract on Gerawan Farming and its employees — without a vote of the workers.

The workers don’t want the union.

With 15-year Gerawan farm worker Silvia Lopez as their leader, thousands of workers have been asking for the opportunity to vote on whether the Gerawan employees would allow the UFW to represent them, or not. The California Agricultural Labor Relations Board has denied this request several times, despite the 3,000 signatures Lopez collected (several times), for a petition to decertify the union, and allow them to continue working as non-union employees with an employer they like. 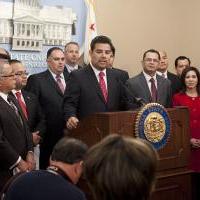 The farm workers also got no help from the Democratic Latino Caucus, which ignored repeated requests for help.

“I am writing on behalf of thousands of real people and their real families who need the help of the Latino Caucus. We are farmworkers employed by Gerawan Farming in the Central Valley,” farmworker Silvia Lopez said in her letter to Sen. Ricardo Lara, D-Los Angeles, and the Latino Caucus. “We are field laborers and packers. We work with apricots, nectarines, peaches, and grapes. We are the exact kinds of people Mr. Chavez worked for his whole life. I believe that if Mr. Chavez was here today and visited our worksites, he would be happy at the progress that has been made and the good working conditions we have.”

The farm workers won that voting right despite the well-orchestrated efforts of the UFW and the ALRB, which twice tried to dismiss the decertification petition.  A Fresno Superior Court Judge even said it appeared that the ALRB staff and the UFW labor union were “in cahoots.”

The Berkeley City Council lives in a bubble.

Silvia Lopez sued the members of the Agricultural Labor Relations Board in 2013 for denying her and other farm workers’ the right to a free and fair election. They demanded the votes be counted. The case is still pending. 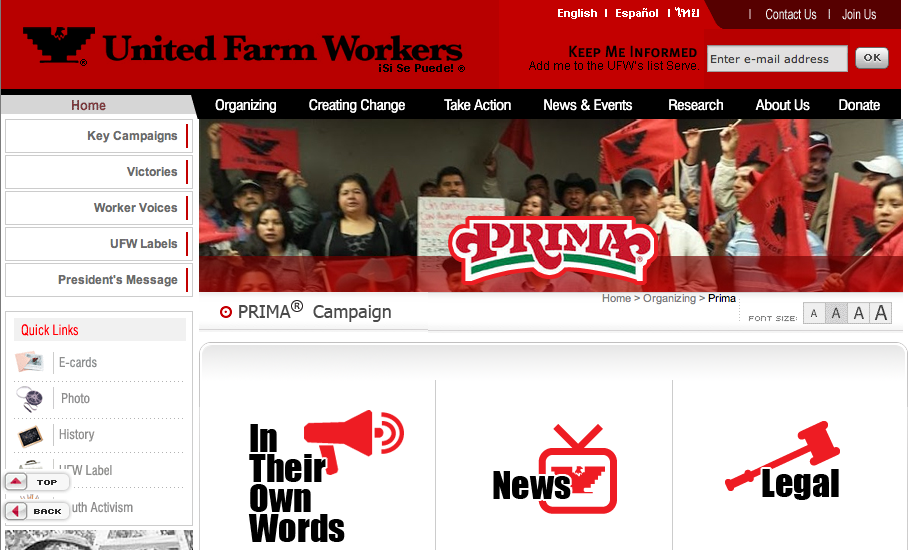 The UFW has engaged in many coercive activities, as told to me by Gerawan employees, including repeatedly showing up at workers’ houses, disrupting workers during their lunch breaks, and claiming the reason for the workers’ high pay is because of the union. The UFW is actively promoting campaigns against  Gerawan farm workers and the farming company.

How much more orchestrated is it that this? Berkeley City Councilis siding with the labor union, rather than the farm workers once supported by Cesar Chavez. How ironic. Jesse Arreguín and Kriss Worthington should instead focus on their own problems in Berkeley, and go back to solving traffic calming issues, sustainable development, and outdoor lighting mandates on residentially-zoned properties.