Santa Barbara County, A Tale of Two Californias, And A Future Of Less Energy 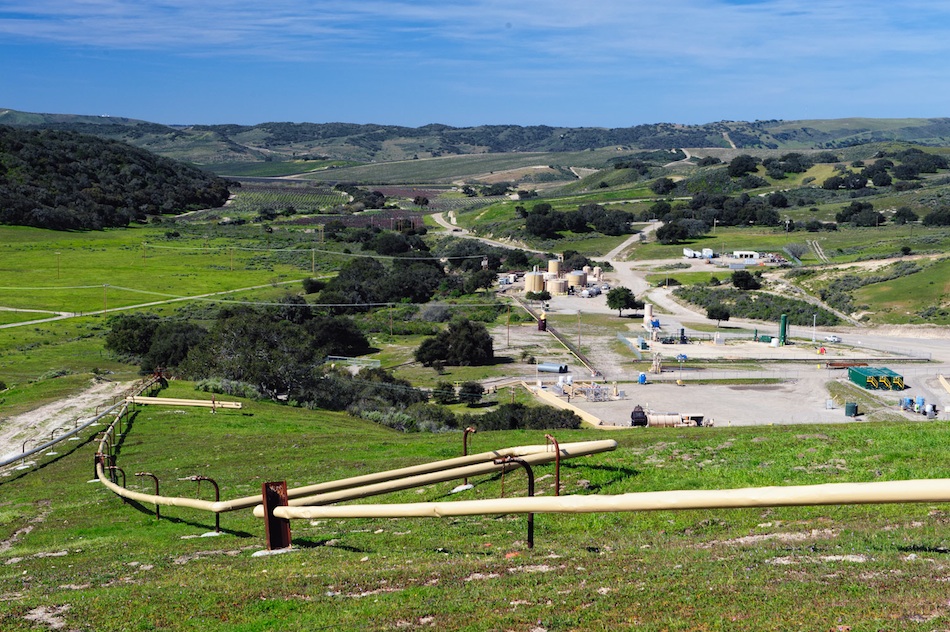 We’ve all heard about the 6-states initiative, and the State of Jefferson secession proposal, however, there are really two Californias:

Santa Barbara County is a microcosm of the two Californias –

As if the divide isn’t enough already, Measure P, put on the ballot by the Water Guardians of Santa Barbara County, is masquerading as a ban on hydraulic fracturing, while the initiative would actually result in shutting down the onshore oil and gas industry in Santa Barbara County, according to COLAB President Andy Caldwell. COLAB is the Coalition for Labor, Agriculture and Business on the Central Coast of California.

Water Guardians Don’t Want YOU To Have Fuel and Energy

The Water Guardians are actually 350.org activists, an international environmental organization of climate change and global warming alarmists, masquerading as “water guardians.” Do they live and work off-the-grid? Or do they live in nice houses with fenced-in yards, swimming pools, and garages with two cars. Do they own television sets, stereo systems, computers and iPhones, and use central heat and AC? How many miles a year do they drive?  Or do the millions of 350.org members live fossil-free? Did they give away their automobiles, and rely only on the city bus or pedal power?

Proponents of Measure P claim oil production “creates blight that discourages tourism and technology, and negatively affect[s] the value of adjacent properties and farms.” The Water Guardians also say water is wasted at the expense of “asthma and other chronic health problems,” because of fracking.

I just spoke at COLAB’s ‘No on Measure P‘ event in Santa Barbara County to a group of 800 county residents, taxpayers, oil, gas and agriculture workers, managers and owners, and interested citizens, who oppose the measure. And they all confirm that fracking is not used in Santa Barbara County for oil and gas recovery, and no one has applied for future fracking operation permits.

“They are trying to take a campaign of hysteria and apply it to Santa Barbara County when we don’t have fracking here,” Caldwell said at the event.

As the environmental activists try to cut off local production, more energy will be expended importing supplies to California — unless they themselves can demonstrate they can live without the use of energy and byproducts each day.

Wealthy California coastal elites may worry about the saving the fairy shrimp and the three-inch smelt in the Sacramento–San Joaquin River Delta, but they seem to have no interest saving oil and gas industry jobs, manufacturing jobs, and small business – especially in desperately poor areas.

If you remember nothing else, remember this statistic:

According to the Bureau of Labor Statistics, households earning only $8,000 a year spend 40 percent of their income on energy, utilities and fuels.

Households with incomes of $250,000 spend only 4 percent of their income on energy, utilities and fuels.

“Fracking uses a tremendous amount of water, and we’re in a drought and the industry that we have that is already thriving in this county is dependent on water,” Measure P proponent Rebecca August said. “Agriculture and tourism, we all depend on water and we have a limited amount of water.”

“Nobody is using fresh water supplies,” Caldwell said. “For instance, Santa Maria Energy is using wastewater from Laguna Sanitation to make steam.” Measure P proponents “are mixing fracking with steam injection, which are totally different. The steam injection projects that we know of are going to use wastewater or water from the production zone, which isn’t drinking water anyway,” Caldwell added.

Gov. Jerry Brown tells the rest of country it should emulate California… the same Gov. Jerry Brown who in March, called himself a “missionary” in the climate change fight, when speaking to oil executives. ”We’ve got to reduce, systematically, increasingly, the use of fossil fuel,” Brown said. “That’s oil, that’s coal and, ultimately, that’s natural gas.”

Gov. Brown supports the gas tax  requirement that oil companies buy carbon credits for fuel they sell.  Yet Brown has repeatedly promised, “I don’t think there are going to be any new taxes this year.”

All political  leaders should be looking for ways to encourage more domestic production of oil and gas, and the thousands of direct and indirect jobs that go with it, rather than passing laws that reduce or kill our domestic energy production. Measure P would actually put an end to the onshore oil and gas industry in Santa Barbara County, and kill all of the direct industry jobs and related industry jobs. It is important to the entire state this measure is defeated.

What Gov. Brown and other liberal Democrats fail to address — income is a result of something. Income is largely a result of one’s productivity, and the value that people place on that productivity.

If the poor and middle class are falling behind the wealthy in Santa Barbara County, there is a reason: the people who are behind Measure P are mostly involved in the high tech industry and are saying, “we don’t need these jobs because they only represent 1 percent of the economy.”

They believe that the loss of 1,000 direct jobs, and thousands of indirect jobs, means nothing. We are at a fork in the road in California – we can choose the path we are on, and consign California to this decline, and let government grow and take over, or we can fight political elitism with everything we have.