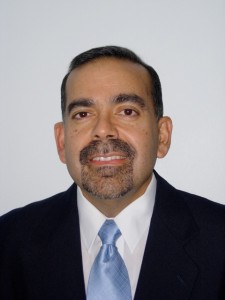 A Sacramento politician and his special interest cronies are trying to dupe Californians into believing that we need more regulation in the health care market. As if Obamacare wasn’t enough, now they want to implement a sweeping new reform that expands burdensome government bureaucracy and makes one elected politician the sultan of health care in California.

Democrat Insurance Commissioner Dave Jones and his trial lawyer allies drafted Prop. 45 as a blatant attempt to gain more power and more money at the expense of California consumers. Under Prop. 45, the state Insurance Commissioner would have new czar-like control over all aspects of health insurance, including what benefits are covered.. Imagine a Democrat with no medical background, who can take money from special interests, being in charge of your health care. That’s the system Prop. 45 proponents want to create in California.

Health care decisions should be made by doctors and patients – not some Sacramento politician with an agenda.
Prop. 45 takes Obamacare and ups the ante by creating a monarchy over health care in California. If Prop. 45 passes, we’re one step away from the Democrats’ dream of a single-payer system.

Dave Jones’ special interest counterparts are set to have a big pay day under Prop. 45 too. The whole concept of Prop. 45 is based on Prop. 103, when the same trial lawyer front group went after the auto insurance industry to create new government regulations to help “protect” consumers. What Prop. 103 really did though was make sponsors richer by making it easier for them to file more frivolous lawsuits. Since Prop. 103 was passed, this one trial lawyer group has made over $14 million in fees. Prop. 45 is just another avenue for trial lawyers to extort money from health care consumers –at a rate of up to $675 per hour. Do not be fooled: Prop. 45 has nothing to do with controlling health care costs. It’s just about padding the trial lawyers’ pockets with millions of more dollars.

Perhaps the pinnacle of Prop. 45’s misguided intentions is the simple fact that health insurance rates are already regulated in California. It’s not surprising that in our vast sea of government bureaucracy, there are already systems in place to regulate rates to ease excessive costs. Simply put: Prop. 45 isn’t necessary. Prop. 45 just makes big government bigger and opens the door for more government intrusion into our health care system.

Affordable health insurance is important to all of us, but a beefed up version of Obamacare that gives one elected politician control over the health care market is not the answer. Prop. 45 is nothing but political power grab that does nothing to protect consumers or control the underlying costs of health care. Vote no on Prop. 45 this November.

Rene’ Bravo MD is a physician who has lived and practiced primary care pediatrics in San Luis Obispo for 28 years.