Sacramento Bee News Columnist Marcos Breton wrote a love letter Sunday Oct. 11, to outgoing Democratic Senate President Pro Tem Darrell Steinberg: “An argument could be made that Darrell Steinberg is the most accomplished politician Sacramento has produced in nearly a century,” Breton said. 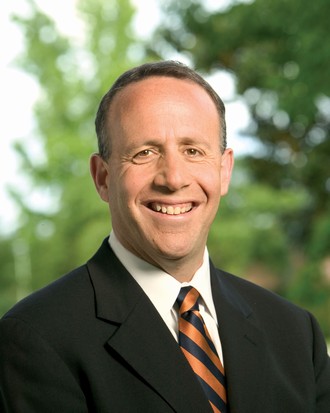 With a legacy of special interest legislation, a delayed statewide water bond full of pork and wasteful spending, support of the $100 billion High-Speed Rail bungle, his dubious law firm connections, his mental health millionaire’s tax, the special interest bill he helped pass for the billionaire owners of the Sacramento Kings, and multiple, serious Senate scandals under his watch as Pro Tem, Steinberg may instead have a well-documented legacy of collusion, malfeasance, nepotism, and unscrupulousness.

Thanks to some very politically astute Facebook friends, and fellow political junkies, a post I put up over the weekend elicited some important comments, which led to this story.

Minimally, there should be controversy surrounding the legacy of Steinberg, and any of these big-government, special interest pandering politicians, who have driven jobs out of the state and racked up huge debt by continuing to cater to public sector unions, and the state bureaucracies, one friend opined.

“But Steinberg makes a case for himself in securing lasting results for his constituents – achievements that are flowering only now as Steinberg is being termed out of office,” Breton said, sounding more like one of Steinberg’s Public Relations Gurus.

“Partly because of negative events that robbed him of a victory lap, the former Sacramento councilman is not reaping praise equal to his record,” Breton added.

Methinks it is the California taxpayers who have been robbed.

Specifics of the real Steinberg legacy

Here are the details, most of which I have written about in the last five years:

Steinberg has done nothing to stop the Sacramento-San Joaquin Delta “Two Tunnels” project that threatens to undermine the economy, as well as the environmental quality of the Delta, while the project would allow Southern California water interests to capture more of the Sacramento region’s water.

He gathered and cajoled votes for Brown’s high speed rail project, which is setting a new standard for public boondoggle-level projects, pressing ahead with construction in spite of virtually zero chance of securing the federal or private investor funding that’s needed to complete the $100+ billion project.

“Steinberg’s signature ballot box budgeting measure to hike funding for mental health care increased the much-criticized sky high volatility of state government revenues by hiking the top tax rate on high income taxpayers in order to fund a mental health program that has been severely criticized for not funding the care of those most in need of mental health care,” a Sacramento attorney explained.

Another local lawyer chimed in: “Steinberg pushed a mental health millionaire’s tax from which he directly benefited. Three years of residential psyche care for one of his kids..paid for by taxpayers. He didn’t dislose that conflict of interest, of how a law would directly benefit him, until he needed the puff piece about his daughter a month ago to make you think he’s a noble man, worthy of endless employment.”

”Darrell Steinberg in every mediocre way, turned out to be the head of the most corrupt California Senate in over a quarter of a century,” one Facebook friend wrote. “He pimped gutting environmental law to help a sports’ team (Sacramento Kings) for whom he consulted.”

Steinberg had to resign from his “of counsel” role at a local law firm.

In Nov. 2013, CalWatchdog colleague John Hrabe wrote a story about why Steinberg resigned his “of counsel” role at the law firm Roxborough, Pomerance, Nye & Adreani. “State Senator Ron Calderon, D-Montebello, the central figure in the FBI case who allegedly accepted $88,000 in bribes, claimed in a civil filing that the FBI asked him to wear a wire and supply information on Steinberg’s ties to Michael D. Drobot, a Southern California hospital executive,” Hrabe said.

“The FBI’s ongoing investigation into corruption at the State Capitol which started in 2013, as a part of that effort, Steinberg resigned his position with a law firm that represents Michael R. Drobot, a medical executive whose father is named in the Calderon FBI affidavit obtained by Al Jazeera America,” said Hrabe.

Steinberg stood by and did nothing to stop the State Water Quality Control Board from requiring that Sacramento spend $2 billion on an unnecessary upgrade of its sewer treatment facilities which the scientists at the Sacramento Regional Sanitation District found to be completely wasteful and unnecessary based on existing science. This is tripling sewer rates in the Sacramento, hurting residents and damaging our area’s economic competitiveness.

Despite public outcry and numerous formal calls for action, Steinberg has done nothing to end the release of a grossly disproportionate flood of prison parolees on to the streets of Sacramento. This is in violation of state law and public policy, which require that an area receive back only those parolees who were sentenced to prison form that area in the first place, according to an attorney friend. This leaves Sacramento with a much higher crime rate, putting lives in greater danger.

Steinberg presided over the legislative house that has experienced the greatest number of corruption scandals to hit the California Legislature for over 100 years. The docket is ugly: gun-running, vote selling, perjury, nepotism and the ever present cronyism and cover-up that has become the standard currency for how the Senate has operated under Senate Pres. Pro Tem Darrell Steinberg, D-Sacramento.

“Steinberg has been like the plague to Sacramento and its residents,” said one Sacramento native, with a long memory going back to Steinberg’s says on Sacramento City Council.

“Regarding Breton’s ignorant editorial, did he forget Reagan was governor? Or how about Jesse Unruh or Pat Brown? When “accomplished” is defined by mass quantity rather than smidgens of quality, we’re doomed to ever more big government intrusion. Not to mention the legions of folks who were quite accomplished ‘politicians’ even though not elected to office. Gann and Jarvis? In one simple act they did more than a lifetime of Steinberg.”

Is Steinberg’s career just another example of what politics has become in Sacramento, or can this corrupt mess be cleaned up? We’ll answer this on the Facebook page next.