SD37: Moorlach And Wagner Will Face Off For Walters’ Senate Seat

I received an email this morning from term-limited Supervisor John Moorlach, who has decided to run for the State Senate.

It’s the overwhelmingly Republican 37th State Senate seat currently occupied by Mimi Walters. She will vacate the seat when she is sworn into Congress in January, setting the table for a special election.

Moorlach joins Assemblyman Don Wagner who has already announced his candidacy (see his blog post announcing his candidacy on this site). 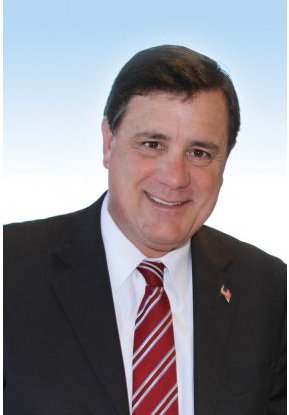 Both Moorlach and Wagner are conservatives, the former being a bit more iconic because of his prediction of the County of Orange’s bankruptcy back in the 90’s.

Neither Moorlach nor Wagner are known as being prolific fundraisers — though Wagner has had his eye in this seat for some time and starts with a head start.

One big question is whether the presence of two conservative foreshadows a more moderate entry into the race.

If Moorlach can raise (or self fund) 200k or more he would be very formidable for anyone, including Wagner, to beat. But that’s a big if. Moorlach floated a bid for Congress last year and dropped it largely as a function of fundraising challenges. Although he was trying to run against the aggressive Mimi Walters, who is a strong fundraiser.

We will see how this develops. This special election with be concurrent to a special election in the First Supervisorial seat, which will be vacated tomorrow when Janet Nguyen is sworn into an adjacent State Senate seat.

Below is the complete text of Moorlach’s email this morning:

Everyone I happen to bump into these days asks, “What are you doing next?”  As of last Thursday, I would say something like, “I don’t know—I have alternatives—but I really haven’t settled on anything yet.”

As for continuing a political career, twenty years of public service seemed like more than enough of a contribution to the incredible County of Orange.  I have also received a number of requests to assist on matters that are right up my analytical alley.  But, a brief sabbatical seemed like the best decision at this time in my life.

In winding down my role of County Supervisor, something marvelous and profound has been happening.  Not only do I get the “what are you doing next” question, I usually hear three other comments that seem to be repeated by almost everyone that engages me.

They are very thankful for my public service and for the job I’ve done for the residents of Orange County.
They lament that I’m subject to term limits and that I have to leave.
They want me to stay in elected office and continue my service to the community in some capacity.

It’s all been kind, good and sincere.  The first few conversations were embarrassing and humbling.  But, after the umpteenth time, you start to wonder if there is a message that I should be cluing into.

Last week, County Supervisors from around the state of California shared the same thoughts with my wife, Trina.  “He’s been a statewide leader in our Association and you need to keep him involved at some level.”

By last Friday morning, my wife and I agreed to the idea of postponing my sabbatical.  The decision to run for the now open 37th Senate District seat, in which I reside, is before us (see map from the OC Register below).

In the last week I have been making calls when possible, as there were OCTA and Board of Supervisors meetings and the Thanksgiving holidays.  These calls have been extremely positive and I’m putting a campaign team together for the sprint that is called a special election.

Before I officially announce, I wanted you to know first.  There is only one other announced candidate at this time.  In fact, we did lunch a month ago and he is aware that I’ve been mulling this decision over.  I still need to connect with him to let him know that I am even more strongly leaning in running for this seat.

There are only two more Board of Supervisors meetings in December, so the time constraints that hampered an aggressive Congressional campaign earlier this year will be alleviated (see MOORLACH CAMPAIGN UPDATE — It’s About Time — March 10, 2014).  And, by January 5th, my last day in office, I will be completely unencumbered from a 24/7 position and can devote full-time to the campaign.

Tomorrow’s OC Register may have a mention of my consideration of this seat in “The Buzz” column by Martin Wisckol.  I did not want the news to surprise you.  I thought it best that you heard it directly from me.

If you have any feedback that I should consider, please do not hesitate to respond to this e-mail.  This is the time to provide me with your wisdom.  After all, it was genuine unsolicited e-mails and personal conversations that have caused me to move forward.

If you’re happy to endorse or support me, that would be great news.  With your permission, I may even include your name in my official announcement, which I hope to release sometime this week.

I believe that I will be able to shake things up in Sacramento.  I’ve done personal research of the nation’s fifty states’ financial statements.  California is in 46th place when it comes to fiscal viability.  We have Massachusetts, New Jersey, Illinois, and Connecticut to thank for California not being in last place.

California’s Legislature needs an experienced accountant, both from the private and public sectors, to address the myriad of fiscal woes that ail this state.  I have been involved in municipal fiscal issues for two decades.  I am willing to tell it like it is and provide solutions.  I am someone who has affected change in pension and retiree medical plans that have lowered costs to the County’s taxpayers.

I believe the voters of the 37th Senate District will agree.  They know that for twenty years I have told them the truth and that I have pursued a fiscal agenda to protect them—from my campaign for County Treasurer in 1994 to today.

Should I receive the privilege of going to the State Senate; the residents of Orange County will know “what I am doing next.”  I will assist, with every fiber in my body, in a fiscal turnaround of our state.

After I make a formal announcement, I hope to engage you in some form or fashion in achieving a successful result next spring.  Together, let’s shake it up, again.