However little the Republicans Party offered voters in the Nov. election, the Democrats offered far worse. Democrats showed once again they are more interested in ginning up discontent and unrest in America as long as this unrest puts Democrats in office. They care nothing for governing the country or for the health and welfare of its citizens. 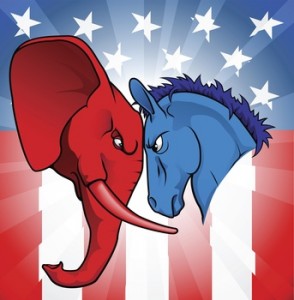 They’ve proven they have no interest in healthy race relationships and instead work exactly opposite in order to gain and retain political offices.

“Most Americans are put off by the ‘us versus them’ tone of current political debates, and most prefer political leaders who ‘are willing to compromise,'” Alan Murray recently said in the Wall street Journal. “Roughly half of all Americans, when asked how they want President Obama and Republican leaders to resolve their differences on important issues, say they should split the difference—a ’50-50’ compromise.”

Most voters say they want to be better educated about candidates they vote for. This makes sense since we’ve been mired in “identity politics,” which emerged as part of the “post-political” Left in the 1990s and 2000s — but in a more academic form.

The Left’s “new social movements” had failed in the streets, so they moved into the classroom, entering the very institutions it once protested, as academics and activists. The left adopted the word “privilege” and began subtle race baiting under the guise of academia.

Identity politics is a product of the failure of the Left. While everyone has been discriminated against at some point in his or her lives, it’s what you do following the incidences that determines your character.

There are several irrefutable issues in the current discussion on race, being ignored by most media.

Widespread disenchantment among black voters with the current state of the nation stems from a few key areas:

Yet in the weeks before the November election, rather than addressing these very real economic issues, Democrats across the country turned to identity politics and race baiting. They claimed the unrest in Ferguson, Mo. was only about white-on-black racial brutality. They dragged out sordid tales of Trayvon Martin’s death, and threatened a return to Jim Crow-era segregation if Republicans anywhere were elected. Intimidation and threatening tactics were used to bring out the African-American vote en masse to stop a Republican takeover in Washington.

But it didn’t work this time. Republicans swept the Senate and Congress.

There is danger in banking on race baiting to work for the Democrats. Even if race baiting works to turn out black voters, the Left appears to be causing irreparable harm with the general voting public in ways that will sabotage their 2016 presidential candidate.

As with other beguiling fads Democrats have beat to death, such as the latest dubious “war on women,” liberals, progressives and Democrats are finding even with media protection, their games are not clever, and voters see through the filmy veneer.

Playing and overplaying the race card, even after announcing Obama’s was the first post-racial Presidency, it is evident not many are buying this charade. The Left’s game plan to appeal to the masses, appeal to belief, appeal to the majority, appeal to democracy, appeal to popularity, consensus fallacy, authority of the many, and bandwagon fallacy, just don’t work at a certain point.

The Sacramento Bee editorial board claimed on Sunday that “until our economic and criminal justice system doesn’t look like it’s deliberately and willfully tilted” (by whites), black America is still going to be angry about it. And they said white America just doesn’t get this. 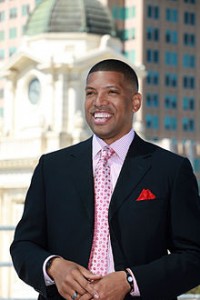 But then they launched into a tired meme: “Calculated partisan efforts on behalf of the Republican Party to suppress voter turnout may be the most dismaying aspect of 21st-century political discourse.”

It isn’t until paragraph 8 of the editorial that the Bee’s editors acknowledged “there’s more to the story than the partisan playbook. Some of the political problems of the black community are self-inflicted. Low minority voter turnout in off-year elections and even lower rates of participation in local elections routinely undermine change.”

Immediately following the Ferguson Grand Jury’s decision on the shooting of Michael Brown by police officer Darren Wilson, Sacramento Mayor Kevin Johnson said: “I’m obviously disappointed by the grand jury’s verdict. We may quibble and debate about the details of what happened in Ferguson on Aug. 9. What there is no controversy about is the fact that an injustice occurred.”

In a September op ed, Johnson said, “I never allowed those experiences to define me, but they fueled my ambitions and desires to see the next generation of African American kids in this country not be judged and treated according to the color of their skin.”

“We’re so far from that reality. I know that every time I hear about a Michael Brown or Trayvon Martin,” he added.

Yet this is the same guy who in a 2008 Los Angeles Times story said, “Politics are dirtier and more physical than the NBA.” Today Johnson would have us believe race is what’s driving Sacramento politics — if that was the case, how did Sacramento elect Johnson in 2008, the same year the United States elected its first African American President, and reelect both Obama and Johnson in 2012?

I interviewed Kevin Johnson numerous times while he was running for Mayor in 2008, and he told me his fabulous story: Johnson was born to a teenage mother, and raised by his grandparents. Johnson’s athletic talents attracted attention, and with the help and guidance of close mentors, he received an athletic scholarship to UC Berkeley. He was drafted into the NBA from Cal, where he was a championship player for many years.

Then he returned to his hometown of Sacramento and ran for office.

That’s a story others can only dream of. But Johnson, by using the race card against his adversaries, is now cheapening his own success story,  opportunities and his hard work. And in doing so, he perhaps unwittingly, denigrates other black voters.

How can such a successful man grouse so much about race, when he embodies post-racial America? Because when he does, he and other Democrats know it brings out the ire of both whites and blacks, and especially the openly partisan media. And it keeps us divided, rather than united.