These dubious “conversations on race” are becoming exasperating because they aren’t real conversations. 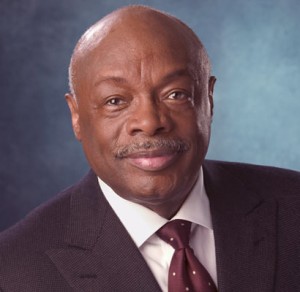 Willie Brown advocated for having a “conversation about a legal process that has district attorneys, who work with police every day, turn around and then investigate them for shootings, choke holds and other actions that lead to young black men dying.”

Yet Brown is ignoring the plague of actual statistics.

There are currently more than 43 million blacks living in the US.

In 2013, blacks committed 5,375 murders in America, while whites committed 4,396. Yet whites comprise 63 percent of the population, and blacks just 13 percent. However, the homicide rate among blacks is way out of proportion, which is why the police monitor and intrude into black neighborhoods. And, the most damning statistic is that 90 percent of black homicides, are black against black, which signifies an inherent problem in the black community, rather than white on black crime.

So this “conversation” Willie Brown wants to have, as most other calls  for a “conversation on race,” really involves finger wagging at whites, with a great deal of righteous indignation, obfuscation of facts and statistics, and excuse making. Because if the situation of cops abusing blacks is as horrific as the media and black community charlatans would have you believe, where does the responsibility lie?

Why do we rarely see African American males wielding a lawn mower or leaf blower? Or working as carpenters, in construction, in corrugated box factories, manufacturing or other vocational jobs? Where do black leaders stand on the issue of hard work, toil, and upward mobility through individual effort and continuing education?

The fallacy of Mexican immigrants “taking the jobs Americans won’t,” is really about immigrants coming to this country willing to work hard, where black America has instead been conditioned to revel in welfare, and taught instead to manipulate the system for maximum benefits.

Just outside of Ferguson during the riots, Zemir Begi, a white Bosnian immigrant,  was beaten to death by a group of black teens.  How and why is this not a hate crime?  Why didn’t Jesse Jackson, Al Sharpton, Louis Farakan, President Obama and Attorney General Eric Holder comment on this crime?  And why was the media so biased in first ignoring, then reporting on this murder?

The NAACP and the National Urban League help the Democratic Party, and not African American citizens to rise above poverty and get good work.

Instead of building the community, many liberal black leaders are destroying the very souls of African Americans by encouraging them to only see color, and judge people based on race rather than character – the opposite of what Martin Luther King asked all people to do.

Willie Brown even said in his Sunday op ed, Americans of multiracial background, specifically of “mixed-race role models, from Kamala Harris to Beyoncé to Stephen Curry to — well, to Barack Obama, racial diversity in families isn’t going to be unusual in the least. When that happens, we’re going to be hearing a lot less about the question of race.”

Is Brown really saying that melding races together is the answer? Isn’t the gross failures of black leaders and black politicians a significant part of the problem?

Former New York City Mayor Rudy Giuliani and African America Georgetown professor Michael Eric Dyson recently debated the Ferguson riots on Meet the Press. “I find it very disappointing that you’re not discussing the fact that 93 percent of blacks in America are killed by other blacks,” Guiliani said.

Dyson accused Giuliani of white supremacist sentiment. However, under Guilaini, the black homicide rate was cut from 2,500 a year, to 500 – something former Mayor David Dinkins, Guiliani’s black liberal predecessor, who says he lost his 1993 bid for reelection because of racism, failed to do.

Black leaders have indoctrinated blacks to view cops as their enemies. Yet, black communities desperately need the police to protect them from violence. Recently, former NBA player Charles Barkley said, if it weren’t for the police, the inner cities would be like the “Wild Wild West.”

Yet Willie Brown would have you believe that this is a problem created by white cops… maybe at one time in America’s past, but not today.