California Democratic politician Jesse Unruh’s famous description of Sacramento lobbyists rings true even today: “If you can’t eat their food, drink their booze, screw their women and then vote against them, you have no business being up here.”

Unruh also said, “Money is the mother’s milk of politics.”

The Senate scandals in 2013 and 2014 were legendary, as was the gross mishandling of the aftermath. You can’t make this stuff up.

Scandals remind people of the shady underpinnings of politics, and the temptations lurking around the Capitol that some lawmakers are just incapable of resisting.

The difference usually is, when it’s Republicans caught with their hands in the proverbial cookie jar, they are shunned, and forced to leave in shame. Democrats, on the other hand, circle the wagons, pretending its business as usual. The difference between political party ideology is as wide as the Grand Canyon; rather than believing in a higher code of ethics, Democrats believe in self.

Scandals reflect poorly upon everyone in the Capitol, and make a mockery of the institution. But much of the negative can be quickly forgotten if the aftermath is handled well, and the criminal element is forced out. 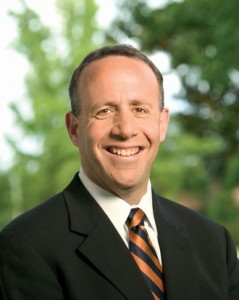 Sadly, Senate President pro Tem Darrell Steinberg did not do either at the time of the recent scandals. Steinberg showed no leadership.

Unfortunately, Steinberg’s lack of leadership has manifested itself in a recent mess – and now, the Senate is broke.

I worked in the State Senate for 10 months in 2014. It was an opportunity to work with a prinicpled outgoing Senator, while getting an insiders’ look at how the whole thing operates.

Wow, what a mess.

As a 20-year Human Resource Executive in my previous professional life, I was responsible for knowing state and federal labor law, as well as managing 250 employees and their managers. I can’t say the same for how the State Senate was run by Steinberg. And I don’t hold out much hope for the new Senate President.

With the recent mass firings by new Senate President pro tem Kevin De Leon, he is apparently justified; Steinberg left him with massive debt because he didn’t want to be the guy to do any layoffs or firings, according to many Capitol insiders.

That’s the opposite of leadership. Being in charge isn’t easy, and it usually isn’t much fun. But for the survival and good of the entire body, Steinberg should have had the backbone to make the decisions needed to keep the Senate in budget and on solid human resource footing – for the good of everyone, as well as the institution.

Following an anonymous letter sent to several California state senators with concerns about personnel practices and allegations of nepotism, the State Senate exploded in scandal in Spring 2014. The Senate Human Resources department was accused of gross nepotism with claims that friends and family of key administrators got special access to taxpayer-funded jobs.

“Court records showed one of the Senate’s in-house law-enforcement officers had cocaine and marijuana in his system the night he was involved in a fatal off-duty shooting outside his Greenhaven-area home,” the Sacramento Bee reported.

“The officer is the son of the Senate’s longtime head of human resources. Gerardo Lopez worked for the Senate for 15 years despite brushes with the law that include a citation for petty theft and charges of drunken driving.

Lopez was fired over the drug-use revelations, but he is not the only one with family ties to key Senate administrators.”

Dina Hidalgo, as head of human resources for the Senate played a major role in hiring friends and relatives – upwards of more than 40. Her immediate supervisor, Greg Schmidt, the Senate’s top administrator, had his own nepotism issues: • Schmidt’s son Jeffrey has worked for the Senate since February 2010, during which time his salary increased nearly 63 percent as he changed jobs.

• Schmidt’s daughter-in-law Beth Schmidt worked part time for the Assembly for nine years until last year. During most of her employment in the California Capitol, Beth Schmidt was allowed to work remotely from her home near Salem, Ore.

The Senate spent $98,000 of taxpayer money to pay a private law firm to investigate this nepotism scandal. And under Steinberg’s direction, the Senate refused to release the final report of how Hildalgo and other Senate employees abused their positions of authority “to hire, protect and coddle friends and family,” the Bee said.

Steinberg apparently “warned” Yee to resign or face suspension by his colleagues, saying “he cannot come back.” But Yee held firm.

All three Senators continue to be paid during their suspensions.

Sen. Ron Calderon, D-Montbello, wanted to lead the caucus, according to and FBI affidavit. So de Leon hammered out a deal between the Montebello Democrat and the caucus’ current leader, Sen. Ricardo Lara, D-Huntington Park, the documents state, the Los Angeles Daily News reported.

Under the pact, Sen. Ricardo Lara would remain chairman, Calderon would drop his bid for the seat, and the caucus would give $25,000 to Californians for Diversity, the nonprofit controlled by Thomas Calderon.

The FBI affidavit lays it out: “As set forth, Senator de Leon caused $25,000 to be contributed to Californians for Diversity, the California corporation controlled by (Tom Calderon) in exchange for Ronald Calderon not to challenge Senator Lara to become the Chairman of the Latino Caucus.” 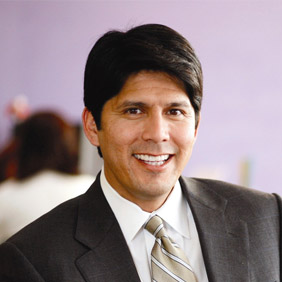 The 125-page FBI affidavit posted online by Al Jazeera America, had Sen. Kevin de León’s name listed more than 40 times—“in two of three stings that federal undercover investigators launched against state Sen. Ron Calderon, a longtime friend of de León whose Sacramento office was raided by FBI agents in June as part of an investigation into his finances,” the Highland Park Patch reported.

Tape-recorded conversations with Calderon and other evidence resulted in the FBI accusing the senator of accepting a total of $88,000 in bribes from an undercover FBI agent posing as film studio owner and Long Beach hospital executive Michael Drobot.