On The Passing Of Dr. Harry Jaffa – An American Treasure

Publisher’s Note:  It is with great sorrow that we note the passing last Saturday of one of America’s unsung heroes — Professor Harry Jaffa.  Jaffa, who was 96 years of age, played a key role in the modern intellectual conservative movement for his works, especially those on the topic of Abraham Lincoln.  This afternoon Jaffa will be laid to rest.  In conjunction with this somber event, we are pleased present this obituary of Dr. Jaffa penned by my friend and fellow Jaffa devotee Keith Carlson.  Keith and I both had the honor of being taught by Professor Jaffa when we each went through the Claremont Institute’s Lincoln Fellowship program – Jon Fleischman. 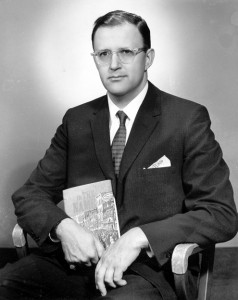 All Men Are Created Equal.  They are equal in worth, yes; but in ability, no.  Harry Jaffa not only reminded us of this fact, but proved it through his life and his life’s work.

In writing Crisis of the House Divided, Professor Jaffa added yet another book to an already long list of books on Abraham Lincoln.  So how could another volume, published a century after its primary topic—the Lincoln-Douglas Debates—be so noteworthy?

Professor Jaffa uncovered the political philosophy of not just Abraham Lincoln, but of America and its founding.  When an archaeologist discovers a buried ancient wonder, glory is due.  Not for the creation of the wonder, but for rediscovering it, and showing others what he’s found.

For Jaffa, that glory is certainly due.  His rediscovery was, and remains, of the highest importance for his students, and the entire country.  Somehow, through careful study and his keen eye, he seemingly re-found the principles of the country’s founding.  He reminded his country that all men are, indeed, created equal—and the ramifications of this truth.   And in the process, he helped spark the modern Conservative movement.  He recovered, restated, and repeated Lincoln’s belief that there are “rights and wrongs” in this life.  Explaining Lincoln, Jaffa reminded us that the government’s actions are not right merely because enough people vote a certain way:  “Lincoln, however, insisted that the case for popular government depended upon a standard of right and wrong independent of mere opinion and one which was not justified merely by the counting of heads.”

What is right, what is wrong, what is good, what is bad, what is beautiful, what is ugly; these truths are not polling results, they flow from nature and Nature’s God.  And they point back to that God, and to a higher good for all men.  Thus, being “for the people” must mean encouraging each person, and every government, to the moral purpose that all humans share.  If all humans are equal, and if all have a moral purpose, government must not thwart our good—our happiness—but instead encourage it.  And that, Jaffa explained, links the Declaration of Independence to the Constitution.  The first stating the universal principles, our destination, the other providing the guardrails along the road to that haven.

Before Jaffa this link was lost.  We had forgotten the Constitution’s purpose, to protect our rights, as proclaimed in the Declaration.  Forgetting its purpose led to decades of misuse and neglect.  Jaffa’s life’s work began the long and difficult process of undoing this neglect.  These concepts, which Jaffa so remarkably reminded us of, are not always easy to grasp.  Students have to be taught to think correctly about these things, and statesmen must be trained to discern how to handle circumstances to arrive at the greater good.

Happily, many of Jaffa’s students caught on.  In fact, the Claremont Institute’s founding came from his students seeking a way to further his teachings.  Through his students; through the Claremont Institute; and through its scholars, fellows, and its Claremont Review of Books, Jaffa has himself introduced a new birth (of discussing) freedom to our national dialogue.  Few modern philosophers can claim such impact—and all from simply, yet profoundly, rediscovering concepts that run throughout Western Civilization’s history.

Neither can many walk you through the thoughts of Plato, Aristotle, Thomas Aquinas, Locke, Jefferson, Lincoln, and Shakespeare and explain the right thing to do on an upcoming Congressional vote.  Jaffa could.  That’s because he could find the common thread of truth in each.  He studied and explained not just what great thinkers did, but what they thought—and why these thoughts were right.  I once talked to him about a prominent Lincoln biography that I recently read.  His response: “That book’s no good—it only talks about what Lincoln did, but sheds no light on Lincoln’s philosophy.”  But after Jaffa, I’m not sure there are many that will try to refine that topic.  Jaffa occupies the field completely.

So much so, that even now (55 years since its first publication) Amazon’s reader reviews provide only 5 star ratings for Crisis of the House Divided.  In fairness, the 50th Anniversary edition does have one non-5 star—that reader gave it 3 stars—explaining the unusually low ranking thusly:  “Got this book to challenge my foggy brain. Wow, am I challenged. Much more difficult than Bugs Bunny.”  Having read Jaffa—and this reviewer’s post—I agree with all three sentences.  One wonders, however, if Jaffa’s work deserved this lower ranking, or if it was better earned by the “foggy brain” in question.  But, Jaffa wrote to lift the fog and challenge the brain.   His challenge, his genius, engaged literature, philosophy, and politics; typically simultaneously.

You could not go far into a discussion on Lincoln’s philosophy without covering Shakespeare.  In fact, Jaffa co-authored a wonderful book titled Shakespeare’s Politics with Allan Bloom and wrote on the plays in the Claremont Review of Books.  Not confined to merely the latest political news, he seemingly saw the human drama playing out on countless stages.  He found, and explained, the wisdom regarding human nature in literature and philosophy and connected it to the political realm—where human nature and a man’s virtues were most revealed.  An example of his insight:

Whose actions have the widest consequences and are most in need of virtue to direct them? The rulers’. Hence morality in all its dimensions can be best seen in the lives of rulers. … No one ever knows with certainty how virtuous—or vicious—a man might be until he holds office and has power. Only those in power reveal their real natures. For this reason all Shakespeare’s great plays are about rulers: kings and princes and dukes and military commanders…. Only in a political context can the nature of morality be thoroughly considered.  (“Macbeth and the Moral Universe”, CRB, Winter 2007/08.)

A reader wonders if he’s only writing about Shakespeare, or about current elected officials, or both.  Carefully considering morality is the reason that both Lincoln and Jaffa studied Shakespeare.  They knew the power, and true purpose, of government.  They were not content to simply “count heads” to determine right from wrong.  They knew of “the proneness of prosperity to breed tyrants.”

And it was to a prosperous country Jaffa wrote, and wrote for others.  He penned Barry Goldwater’s famous line in accepting the nomination for President “I would remind you that extremism in the defense of liberty is no vice! And … that moderation in the pursuit of justice is no virtue!”  This was confused as a line written by Cicero.

It is good to have your writings mistaken for Cicero; to have your works renew your nation’s interest in its founding principles; to link our culture’s greatest thinkers to our present condition; to have disciples to carry on your work when you leave the stage; and to fight for liberty.  Harry Jaffa did all these things and will be missed as well as remembered.

His defense of liberty was extreme.  And for that all who have learned from him can be thankful and wish him: Rest In Peace.

You can read more about Dr. Harry Jaffa here.