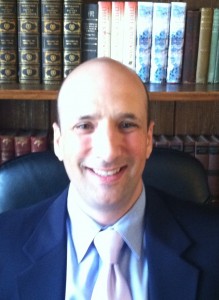 [Publisher’s Note: As part of an ongoing effort to bring original, thoughtful commentary to you here at the FlashReport, we are pleased to present this column from Wayne Winegarden.]

This week, the Environmental Protection Agency will hold a public hearing in Sacramento on a new smog rule that could impose hundreds of billions of dollars in costs on the still-fragile U.S. economy, while returning little if any health benefits.

The EPA has issued a proposed rule that would significantly lower the limits on ground level ozone emissions (e.g. smog). Current regulations set the nationwide limit at 75 parts per billion. The EPA is considering lowering it to as low as 60 parts per billion (ppb).

A study by NERA Economic Consulting found that meeting the 60 ppb standard would cost the U.S. economy $270 billion a year, making it one of the most expensive regulations in history. And NERA estimates it would wipe out nearly 3 million jobs. For perspective, the economy only created 2.8 million jobs during all of 2014.

In California, this proposed change would make the state’s economy 2.2 percent smaller and cost 608,000 jobs according to the NERA study. With an unemployment rate that’s already much higher than the national average, California can ill-afford such a hit.

This new standard is so restrictive that the EPA would label many rural counties as polluters. Here in California, Shashta County would be designated as having unhealthy air. Shasta is a small rural county in the northern part of the state, bordered by national forests, and with a population of only 177,000 people.

The issue of ozone emissions is also much more complicated than commonly realized. For instance, research is finding that trees can be an important source of ozone. Trees emit volatile organic compounds that are a key ingredient in smog. A 2004 study out of Princeton University found that “tree-produced [compounds] have increased dramatically in some parts of the country.” And Scientific American reported on studies finding that certain trees can “raise the ozone level considerably” in urban environments.

The EPA claims that the costs imposed by these new regulations are worthwhile because the rules “will improve public health protection, particularly for children, the elderly, and people of all ages who have lung diseases such as asthma.”

That claim is questionable. Until 2013, the EPA itself acknowledged that there was insufficient evidence to connect current ozone exposure levels to long-term respiratory effects. And, despite the EPA’s change of heart, the evidence stills supports this conclusion. For instance, a published review of studies in the Journal of Applied Toxicology found no “causal association” between ozone concentrations around the current standards and adverse impacts on people’s lung functions.

Put more simply, based on the evidence, the current standards establish a safe ozone level and further reductions will not provide any health benefits.

Current trends in smog levels and asthma rates further substantiate this point. The Texas Commission on Environmental Quality pointed out that asthma rates have been climbing over the past several decades, even as smog levels have dropped considerably across the country. “If asthma were actually tied to ozone,” said Dr. Michael Honeycutt, who runs the commission’s toxicology division, “you would expect to see the instances of asthma decreasing, not increasing.”

Further undermining the EPA’s health claim is the fact that California, which suffers the worst smog conditions by far in the country, actually ranks 30th in terms of asthma prevalence. Maine, which has virtually no smog because of its colder climate, ranks number 2.

Smog levels have been steadily declining across the country, and will continue to do so, without adding this costly new regulatory burden. Smog levels in the Los Angeles area, for example, have plummeted from an average of more than 200 ppb since the 1980s to just over 100 ppb in 2012.

The administration itself has admitted that it knows how economically destructive these new smog rules will be by repeatedly delaying its implementation, first in 2012 and then again in 2014.

The EPA must stop pushing unnecessary regulations that burden the economy without creating any health benefits, and shelf these rules permanently.

Wayne Winegarden is a senior fellow at the Pacific Research Institute and a contributing editor to EconoSTATS at George Mason University.