Campaign Finance Law Gives Your Address to the North Koreans 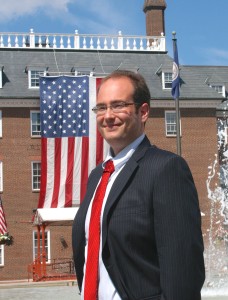 [Publisher’s Note: As part of an ongoing effort to bring original, thoughtful commentary to you here at the FlashReport, we are pleased to present this column from Scott Blackburn.]

Sony Pictures was recently the victim of a cyber-attack thought to be the handiwork of the North Koreans. The communist nation was purportedly retaliating for an upcoming movie release in which actors James Franco and Seth Rogen assassinate North Korean dictator, Kim Jong Un.

The attack (the real cyber-attack, not the fictional assassination) resulted in the theft of the personal information of thousands of Sony employees and has become fairly serious as the North Koreans (or whoever perpetrated the attack) threatened Sony staff and their families. In a widely circulated email message, written in broken English, the hackers demanded that Sony employees, “Please sign your name to object the false of the company at the email address below if you don’t want to suffer damage. If you don’t, not only you but your family will be in danger.”

Sadly, if the North Koreans wanted to obtain the personal information of Sony workers in order to threaten them, they had no need to hack the company. As a consequence of bad campaign finance regulations, much of that data is readily available online.

That’s right. If you have given just $200 to any federal candidate in any election, you already surrendered your name, address, and employer to the Federal Election Commission, who then posted that information online where anyone can access it.

This is how we know that Sony Pictures President Doug Belgrad lives at 828 North Barksdale Dr. in Beverly Hills; He gave $1,000 to New Jersey Senator Cory Booker in 2013. Sony Entertainment CEO Michael Lynton wisely gave only his office address (31151 Franklin Boulevard in the Hornstrum building, Office 6700) when he donated $20,000 to the Democratic Senatorial Campaign Committee in May of this year. But when his wife, Jamie Alter, gave $833 in 2010 to former Democratic Senator Blanche Lincoln, she used her home address – 902 North Bayside in Los Angeles. And both Mr. Lynton and Mrs. Alter used their Connecticut address (542 Nestleigh Way, Hendersen, CT) for still other donations.

And this isn’t just the case for the contributions of well-compensated executives. There are pages and pages of FEC forms littered with the personal identifying information of artists and screenwriters, engineers, and programmers – anyone who has ever given over $200 to a federal candidate and listed “Sony” as their employer. Austin Appleby, a video game programmer, lives at 844 W 36th St. in Austin; Jeff Bernstein, a 3D artist, live at 1785 24th St. apartment 501 in San Francisco; Bruno Calcagni, a laborer for Local union 724, lives at 9332 Mariposa St. in Arcadia, California. The list goes on and on.

While it is unlikely that the North Korean government is going to come knocking on the door of these Sony employees, the risk for abuse of this information is very real. Consider the case of Gigi Brienza.

In 2004, Brienza gave a $500 contribution to the Presidential campaign of John Edwards. That relatively small contribution netted her death threats from Stop Huntington Animal Cruelty, or SHAC, a terrorist organization committed to destroying Huntington Life Sciences. When SHAC discovered, through FEC filings, that Brienza worked for Bristol-Myers Squibb, who contracted with Huntington Life Sciences in pharmaceutical development research, SHAC put Brienza’s name and address on a list of “targets” with the message, “[n]ow you know where to find them.” A threat which Brienza took understandably seriously; members of SHAC have been found guilty of conspiracy to commit “animal enterprise terrorism.” On at least one occasion, SHAC members attacked an executive of a targeted company with baseball bats.

This group did not care about Brienza, in particular. They did not care about her politics or that she supported John Edwards. They targeted her and threatened her because her employer contracted with a foreign company whose practices they found objectionable. And the FEC and our campaign finance laws made their threats possible.

The next time we hear an advocate for even more disclosure in campaign finance toss out hackneyed bromides like “sunlight is the best disinfectant,” we should all remember that this disclosure comes with real costs to real Americans. Tomorrow, it could be your employer that draws the ire of the North Koreans – or just about anyone else with a political vendetta.

(Note: the addresses used in this piece are altered so as not to further publicize the personal information of individuals who rightfully participated in our Democratic process. The accurate address information, unfortunately, is available on the FEC website.)

Scott Blackburn is a Research Fellow at the Center for Competitive Politics.