Lies My Govt. Told Me About the CA Drought

While California’s drought conditions are actually historically normal, California’s current drought is being billed by government and media as the driest period in the state’s recorded rainfall history. Scientists who study the Western United States’ long-term climate patterns say California has been dry for significantly longer periods — more than 200 years. 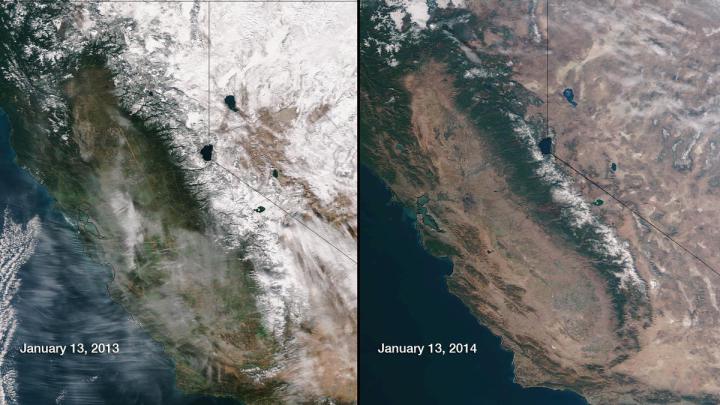 “With an inefficient faucet, that same five minutes of running time could mean 35 gallons down the drain.”

It would take me about 30 minutes of running my 2-year old faucet to get 35 gallons of water down the drain.

Pile these lies on to what is happening in the north state.

So if California’s drought conditions are actually historically normal, and California’s current drought is being billed as the driest period in the state’s recorded rainfall history, why is the government breaking up hydroelectric dams, and letting much-needed water rush to the sea for Coho salmon instead?

The human cost of over-regulation is bleeding California businesses and middle-class families.

In California, there is a perceived water war between the North and South parts of the state. The State of Jefferson is making headway with its secession over this and serious representation issues.

But it’s a government-created problem; if the State of California didn’t allow billions of gallons of fresh water to spill into the Pacific Ocean every year, we wouldn’t have a water shortage.

The water war is no longer between North and South; it is between radical environmentalists and the people. Most think that the Colorado River is the largest river, but the Sacramento River is about 60 percent larger. The problem is that, while officials store 70 million acre feet of water from the Colorado River, only 10 million acre feet of water is stored from the Sacramento River. The rest is lost into the Pacific Ocean.

And now we are tearing down perfectly good hydroelectric dams at the behest of radical environmentalists. Environmentalists call these “fish-killing dams:” Iron Gate, Copco 1 and Copco 2 in California, and J.C. Boyle in Oregon.

The U.S. Department of Interior has been actively planning to destroy these four dams on the Klamath River in Northern California, ostensibly so that salmon can swim another 185 miles up the river. The Klamath River flows from southern Oregon through the Cascade and Coast mountain ranges to the California Pacific Coast.

These dams not only provide water and flood protection to thousands of family farmers and ranchers who live along the river, but clean energy from the hydroelectric dams supplies electricity to 70,000 residents in the area.

Despite a lack of scientific evidence that dam removal will help the fish, or any legitimate study on the human impact of dam removal, the Department of Interior is moving forward to have the dams destroyed, and the Klamath basin “restored.” They even call their website “Water For Fish.”

The phony science being used to support the Klamath restoration project rests entirely on the Coho Salmon population, which environmentalists claim is endangered. However, many say that the Coho Salmon isn’t even indigenous to the area.

Every year, 17,000 Coho Salmon return to the Klamath River. But these salmon can’t be counted, according to the DOI, because they are hatchery fish. “It’s like saying a baby born at home is more of a baby than one born in a hospital,” Congressman Tom McClintock told me in 2013, noting the idiocy of the DOI argument. “Clean, cheap, reliable hydropower is the backbone of many rural communities that not only rely on the affordable electricity, but water deliveries for irrigation and drinking.”

“Dam removal is not a series of isolated incidents, but a logical progression of dealing with aging infrastructure,” according to InternationalRivers.org, in a story titled, US Dam-Removal Season Off To A Good Start. “According to American Rivers, 65 US dams were removed in 2012, joining the nearly 1,100 dams that have been removed across the US since 1912. Nearly 800 of those dams were removed in the past 20 years.”

Weather is not man-made

According to Weather.com, more than 10 inches of rain hammered California last week.

Some impressive rainfall totals have already accumulated as of 7 p.m. PST Sunday:

California’s population has increased dramatically while water storage has not. The population in California has doubled since 1977. And lousy planning in the hands of environmentalists and government has left the state in dire need during this drought.

Demolishing dams would eliminate clean hydroelectric power on the Klamath River and replace it with costly natural gas-fired power plants that pollute the air and allegedly contribute to man-made global warming. You have to ask yourself what the real motive is.