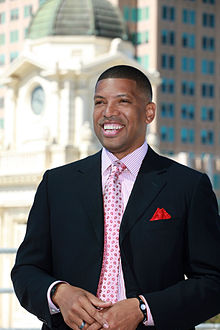 And then it didn’t. An announcement from the mayor’s staff said that “staff miscommunication” was to blame for Johnson’s signature on the letter.

What happened? Is Johnson for or against a minimum wage increase? Did he sign the letter or not?

Perhaps because Johnson is president of the U.S. Conference of Mayors, which supports raising the federal minimum wage, his staff got their letters mixed up. (Big 10 mayors letter.pdf)

Either way, the discussion should be about negative impacts on employment and income growth caused by minimum wage  increases.

The Sacramento Bee reports that Johnson’s signature appeared alongside the signatures of the mayors of Los Angeles, San Francisco, Oakland, San Jose, Santa Ana and Long Beach in the letter sent to Sen. Leno in support of Senate Bill 3.

“Raising the state minimum wage will improve conditions for millions of Californians while at the same time boosting our local economies,” the letter says.

Johnson’s spokesman, Ben Sosenko, said Johnson’s signature should not have been on the letter. But he never said why, other than the rest of the City Council has not taken a position on Leno’s bill, or any other pending legislation. The Business Journal reported individual council members have indicated general support for raising minimum wage in Sacramento, but the council has not specified how the change should be achieved.

California’s minimum wage became $9 an hour July 1, 2014, and will increase to $10 an hour Jan. 1, 2016. Sen. Leno, who believes minimum wage increases impact the “income inequality crisis,” has already tried to inject another minimum increase before Jan 1, 2016, but he failed to get the legislation passed.

Rather than allowing the free market to determine a value of entry level jobs, mandatory minimum wage increases is the way to create a permanent poverty class. The root cause of economic interventions is the mistaken belief that government can improve our lives by making economic decisions for us. By their very nature, economic interventions by government are coercive in nature, Patrick Barron said in There’s No Political Freedom Without Economic Freedom, at the Mises Institute.

“The fact is, the programs labeled as being ‘for the poor,’ or ‘for the needy,’ almost always have effects exactly the opposite of those which their well-intentioned sponsors intend them to have,” American Economist Milton Friedman said. “There is absolutely no positive objective achieved by the minimum wage law. Its real purpose is to reduce competition for the trade unions and make it easier for them to maintain the higher wages of their privileged members.”

A study released in December from the University of California San Diego shows that low-skilled workers were the most adversely affected by minimum wage increases; mandated higher wage kills jobs and hurts those it is intended to help.

And even more important, unemployment and minimum wage increases  appear to be closely linked.

Mayor Johnson announced in November he would form a task force to explore raising the minimum wage in Sacramento. That task force has not been formed yet, but Sosenko said the issue “is still a priority” for the mayor.

“There’s been no wavering on where he is on this issue,” Sosenko said. “He wants a community discussion and see what works for Sacramento before we get a plan.”

As expected, Labor leaders, are supportive of higher minimum wage rates; any wage increase means more money in their coffers.