‘Transparency’ is probably the most overused word in political speech, while at the same time, the most underutilized in practice. In a free society, transparency in government means openness, accountability, and honesty.  It is the obligation of government to share information with citizens, yet is increasingly difficult to access – even in California, home to Silicon Valley. 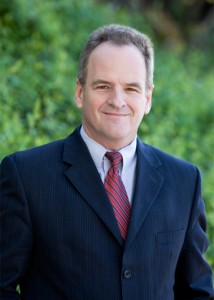 Without transparency, citizens are unable to hold public officials accountable. And that’s the problem –government is responsible for making itself available to be accountable. It’s unnatural. While the true statesman values principle above popularity, today’s era of politics in California doesn’t breed an abundance of statesmen.

However, one of the good guys – a real statesman – former State Sen. Sam Blakeslee, has tackled the problem of transparency in politics. The Institute for Advanced Technology and Public Policy, under the leadership of Blakeslee, officially launched the Digital Democracy Project, to provide a searchable database of all legislative hearings. “This package of reforms [in the poll] is strongly supported by the public and would significantly empower citizens to better understand and engage in the legislative process,” said Blakeslee.

The media used to serve this purpose.

The Institute for Advanced Technology and Public Policy at Cal Poly, San Luis Obispo, engaged a Democratic and a Republican polling firm to gage sentiment among 800 likely voters. The poll found overwhelming support by Californians who want their state government to be more open, transparent and accountable.

At a press conference Wednesday Blakeslee, a Republican, together with Lt. Gov. Gavin Newsom, a Democrat, and Cal Poly computer programming students, rolled out the new Digital Democracy beta site. Newsom described the new system as “radical openness; a fundamental value of transparency.” Newsom said he has long advocated for more transparency in government, and signed on early to Blakeslee’s project. Newsom said Digital Democracy should be a fundamental baseline of government. “It’s not good enough to say we televise things; this is a fundamental of good governance.” 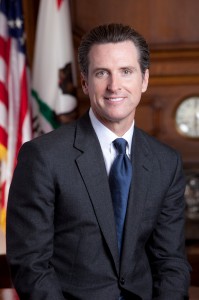 “Digital Democracy will help us to stay informed,”  Blakeslee said. “It’s for those who have no voice here (in the Capitol).”

The five reform proposals tested are:

Searchable Documents: Massive volumes of government documents exist online without the ability to do a keyword search to easily locate information important to the public. When asked about requiring all documents, including the state budget, to be available online with their content easily searchable with a search engine similar Google, California voter support reached 91%.

Legislative Spending: In a recent PIRG Report that graded every state on government spending transparency, California came in dead last, receiving an “F.” When asked about providing a detailed quarterly report of all legislative spending, including travel, staff, perks, mailings and committees, California voter support reached 90%.

72 Hour Wait Period: Bills are sometimes changed at the last minute leaving little or no time for the press, the public, and even other legislators to review what the bill says. Some argue that this weakens the ability of interest groups to influence the bill, while others argue that it strengthens the influence of interest groups. Others argue that the flexibility is necessary in times of crisis and that it prevented California from defaulting on its debts during the 2010 budget impasse.  When asked about requiring proposed new laws to be made available to the public in writing at least 72 hours before a final vote is taken, California voter support reached 89%.

Video Recording: Currently many legislative hearings are not video recorded. Compounding the problem, no minutes, transcripts or list of participants are produced for the public to review. When asked about requiring all public hearings in the Legislature to be video recorded and made available to the public on the Internet within 24 hours after the hearing, California voter support reached 86%.

LAO Analysis: Currently, analyses of proposed new laws are performed by partisan staff members who work for politicians. These analyses are very powerful in shaping the dialogue and public debate on issues before the Legislature. When asked about requiring that the official analyses of proposed new laws be done by the nonpartisan Legislative Analyst’s Office, instead of legislative staff,California voter support reached 82%.

“Every year under the dome of California’s state capital, 120 full-time lawmakers along with more than 2,000 full-time staff and 130 committees gather to craft policies affecting the state’s 38 million residents and the world’s 8th largest economy,” the Digital Democracy website says. “These lawmakers introduce an average of 5,000 bills each legislative session, creating a booming industry for the state’s 1,100 registered lobbyists. But given the size of the state’s annual budget – more than $150 billion – and the sheer volume of bills and hearings, there is shockingly little insight into the lawmaking process.”

Ethics, transparency, accountability, and community engagement are cornerstones of good government. Government should be attentive to citizens’ needs, welcome public engagement and scrutiny, and embrace a public service ethic.

Blakeslee and the Cal Poly students demonstrated their working beta site of Digital Democracy, which will also use voice and facial recognition to help speed up the identification of speakers at committee hearings.

Digital Democracy, a web-based technology, will allow anyone to type in any key word, phrase, name or issue related to California state government, and immediately a comprehensive list of video links of each and every time that word is spoken in any policy committee hearing, by anyone — a legislator, a lobbyist, a policy expert, or even a member of the public – appears before them on the screen.

Blakeslee said the goal is to allow the public to see not just the inner powerful relationships between lawmakers and lobbyists, but how money is also tied to issues. Digital Democracy has the potential to open up the workings of government in unprecedented ways, and in particular to help educate and empower those who currently are least “connected” to or least involved in the legislative process.

The funding for the project came from a $1.2 million grant from the Laura and John Arnold Foundation and an additional $165,000 grant from the Rita Allen Foundation.  The beta site is still a work-in-progress. Blakeslee said they are looking for input from users to perfect the rapid flow of information.