There’s No Need to Undo Proposition 13 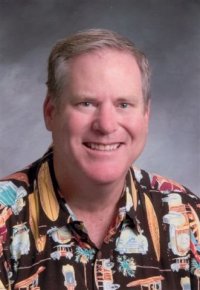 In the 1970s a taxpayer revolt ensued. Homeowners, just wanting their American dream to own a home with a bar-b-que and patio in the backyard, were facing extreme inflation and skyrocketing property tax bills, forcing some out of their homes. Then, in 1978, Proposition 13 appeared on the ballot which passed with more than 64 percent of the vote and put an end to continually increasing property taxes.

Proposition 13 set a uniform 1 percent property tax rate, limited yearly increases in assessed value to no more than 2 percent, and established property valuation at its acquisition price (usually the purchase price). It provided certainty and predictability to our government, and to home and business owners, in a time when uncertainty was all too common.

Unfortunately, some misguided groups are launching an effort to change Proposition 13. Just last week, a campaign called Make It Fair announced it would be pushing a “split roll” property tax in the legislature and engaging in a public education campaign. These groups want to dismantle Proposition 13, eliminating the protections for business owners by regularly reassessing non-homeowner properties. They often reference a loophole that has allowed a few clever, greedy investors to sneak their way around the law to avoid reassessments and pay millions less in their property taxes.

Why? The California Tax Reform Association suddenly decided that the bill wasn’t “real reform,” which was frustrating to us as we thought we had come so far in finding a solution. But don’t be fooled – the real reason why they backed out was so they could use the “loophole” message for their split roll “public education” campaign to push a ballot initiative in 2016. Their motives are clear. Californians want an end to politics as usual not the same tired political trickery.

Creating a split roll property tax regime could cost California 396,345 jobs over the first five years and increase property taxes for businesses anywhere from $6 billion to $10 billion per year, according to a Pepperdine University study. Currently, the nonpartisan Tax Foundation ranks The Golden State 48 out of 50 in business tax climate. It’s the last thing California needs.

Californians don’t need higher taxes. Assembly Speaker Toni Atkins recently announced that the state has a budget surplus of up to $8 billion. But when is enough, enough? A split roll property tax system wouldn’t just hit business owners, but the increased costs would be passed on to California consumers – in the form of higher rents, or the price of goods and services – at a time when many California families are struggling to make ends meet. Because small businesses typically lease properties where the cost of property taxes is passed through to the tenant, employment losses would be disproportionately concentrated in small businesses, and especially those owned by women and minorities.