Rogue Labor Board Brought Down by Court 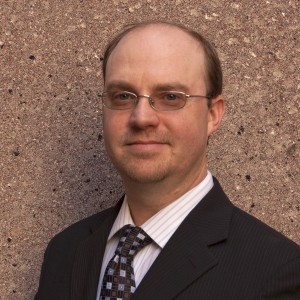 The First Amendment to the U.S. Constitution guarantees freedom of assembly, among other cherished rights. Unfortunately, the California Agricultural Labor Relations Board (ALRB) never got the message.

The board, created by Jerry Brown back in 1975 as an enforcer for the United Farm Workers union has in fact been perpetrating outrageous and flagrant violations of both the California and the United States Constitutions.

The board has had the authority under the Mandatory Mediation and Conciliation Statute (MMC) to unilaterally impose union contracts on workers and companies.

It’s nice when a government bureaucracy actually has the honesty to call its dictates “mandatory.” No pretense to democracy or choice or freedom. It’s quite amazing really – even in Soviet Russia there was the fiction that one had a choice whether or not to join the Communist Party.

In California labor relations, outright totalitarianism is the name of the game.

Lest you think this hyperbole, consider: In 1990, the United Farm Workers won an election at Fresno-based Gerawan Farming. That election was certified in 1992. And then – nothing. The union disappeared into the wilderness.

Management at Gerawan waited for them to appear to begin the bargaining process. But union bosses never arrived, and no contract was ever agreed to. Meanwhile, the fieldworkers at Gerawan went about their work and their lives blissfully unencumbered by the UFW’s “mandatory” three percent tribute…I mean dues.

Imagine the workers’ surprise, then, when the union appeared suddenly in 2012 demanding their money. “What?” the workers asked. “We don’t have a union here!”

The workers, the vast majority of them not present in the original 1990 election, launched their own little American Revolution in the heart of the Central Valley.

They collected enough signatures – 3,000 to be exact – to petition for a decertification election. That election took place in November 2013. And the results were…

…Well, we don’t know yet. The labor board is still sitting on those votes because the union is crying foul and the ALRB bureaucrats know who butters their bread.

The UFW wants to throw out the votes before they are even counted because they know they lost and are crying “unfair labor practices” on the part of the company. Standard union chicanery, but here’s where things get nasty: The ALRB attempted to impose a union contract on Gerawan and its workers even though the votes remain uncounted and everyone knows the union lost.

Welcome to California, folks, home of the un-free, land of the bureaucrat.

Fortunately there is a silver lining in this Gerawan mess. It forced the loathsome machinations of the board into the light where it has withered like a vampire at the touch of dawn’s rosy fingers. The courts have been forced to take note and have found the board constitutionally deficient.

On May 14, the California 5th Court of Appeals unanimously found the Mandatory Mediation Statute unconstitutional, calling it “the very antithesis of equal protection.”

The court, in its 58 page ruling, left no doubt:

That’s right. The court agrees that no one should be forced into association against their will. Of course they are right – in the United States we fought a revolution and civil war to uphold that very idea.

The fact that unelected bureaucrats were able to violate the equal protection of so many Californians for so long is a shame and a stain on the golden promise that was California.

Matt Patterson is the Executive Director of the Center for Worker Freedom, a special project of Americans for Tax Reform. mpatterson.column@gmail.com.