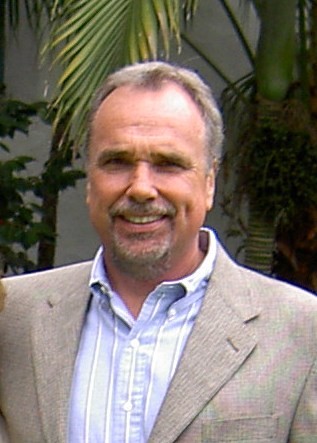 Almost two weeks ago, Governor Brown released his revised state budget for the 2015-16 fiscal year. It clocks in at a record-setting $267 billion – nearly $13 billion more than last-year’s record-breaking budget, expanding the size and reach of our ever-growing government.

At the current rate of spending, the Department of Finance projects that California will go right back to operating deficits in excess of $2.5 billion by 2018-19. Yet that figure is still somewhat misleading since it does not account for hundreds of billions of dollars in unfunded pension liabilities.

Recent census numbers also show that California’s state spending is well above the national average for state governments. We are approximately 12 percent of the population but represented 13.8 percent of state-level spending for the 2012-13 fiscal year.

Despite these facts, the majority party continues to call for more spending of our money, or what they are referring to as “investing.” The problem is the increases they want to make in social services and programs are ongoing expenses and will likely put pressure on the budget in years ahead when times are leaner, making potential cuts down the road painful for those who rely on them.

Providing tools and opportunity for the less fortunate to move themselves out of poverty is important. Our state has one of the most generous government safety nets for the poor in the nation. However, it is difficult to defend pouring more into a system that does not seem to be successfully lifting people up and out of state dependence and into the workforce. Consider that the state now has 34 percent of the nation’s welfare caseload, even though California makes up 12 percent of the nation’s population. It is time we consider how programs can be made more efficient and effective before spending additional money.

Ignoring the budget’s vulnerability to unpredictable swings in the economy lacks prudence and does a disservice to all Californians. These ups-and-downs make good years especially good and bad years particularly bad in terms of revenue – a reality that could mean a change in course at any time, as seasoned Legislative Analyst Mac Taylor has observed and warned about.

But the policy agenda laid out in the budget and outlined by Democrat leaders indicate that they believe their preferences outweigh the necessity for fiscal restraint. That they continue funneling money to misguided priorities like the $68-billion high-speed rail system is just one example. Imagine if we could use that funding on something like education instead?

Several Democrat lawmakers and their allies have also made it clear that they are not content with the prospect of making do with a little less. They are now pushing to make the “temporary” tax increases passed under Proposition 30 permanent, never mind that the Governor’s own budget experts project that revenue will still continue to climb after the hikes expire. Even longtime Capitol watchers like Los Angeles Times columnist George Skelton are calling for the taxes to roll off the books.

Evaluating the numbers further, it is now apparent that the revenue generated by Proposition 30 is not necessary to balance the budget. The money being collected is simply a windfall for the state treasury at the expense of hard-working taxpayers. The Governor and his party should keep their promise to voters by not extending the taxes. We must hold the line on new spending or risk creating and passing off other budget problems for our children and grandchildren to deal with.

Thomas Jefferson said, “The principle of spending money to be paid by posterity, under the name of funding, is but swindling futurity on a large scale.” We have to meet the needs of the present. At the same time, we can’t fail to plan for the future and set up the next generation to succeed and prosper financially.

It is the duty of the Legislature to not overreach or spend beyond its means, but rather to work to protect the citizens of California and restore economic prosperity.