In 1992, Congress passed the 340B Drug Discount Program to help veterans, the uninsured and indigent patients get the prescription medicines they needed but could not afford. The new law required pharmaceutical manufacturers to provide significant discounts to medical clinics and qualifying hospitals as a condition of their drugs being covered by Medicaid. The clinics and hospitals had to meet certain criteria and serve charity patients in order to have access to the program. 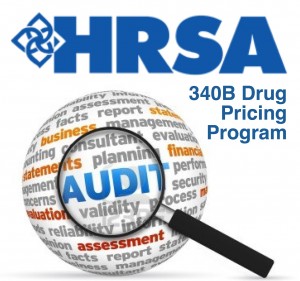 But today, some large hospitals are profiting from the program by keeping the 340B discounts for themselves, while providing very little charity care to the intended patients.

Since the Affordable Care Act was passed (Obamacare), the 340B drug program has dramatically expanded. Large corporations, with the help of a new cottage industry of consultants and lobbyists spawned by the Obamacare expansion, learned how to maximize the benefits of 340B. Hospitals realized they could bring in large amounts of the discounted drugs, and could bill insurance companies and the government for their full cost, instead of seeing that the drugs made it to the charity patients.

The fully insured population and taxpayers are paying for this, while hospitals and drug stores chains make hundreds of millions of dollars.

Shafting the Uninsured and Indigent

Today, the Medicare 340B program is hurting the very patients it was created to help. In response, leading patient advocacy organizations in California are calling on Congress to intervene and stop the abuses occurring within this program.

The 340B drug discount program was originally targeted to serve only safety net hospitals and the recipients of federal grants, which rely on the program to serve the uninsured or vulnerable patients.

Today, 40 percent of U.S. hospitals participate in the program designed for only a few hundred. In California, 75 percent of 340B hospitals have charity care rates below the 3.3 percent national average.

In many cases, the hospitals sell the drugs at higher prices to their insured patients, instead of passing along the discounts to indigent patients.

Hospitals justify their actions by saying they use the proceeds to fund clinics, and insist the law allows them to do that because it’s a way to stretch “scarce federal resources,” an actual phrase in the 340B law.

The program has no transparency, no guardrails against abuse, and needs its structure reformed and regulated in order to survive.

Following passage of Obamacare, in 2012, the Health and Human Services agency determined that hospitals could extend the 340B program through contract pharmacies – pharmacies which have a contract with hospitals to dispense outpatient drugs to 340B partners. This allowed revenue sharing between hospitals and the pharmacies. The problem was that thousands of pharmacies popped up across the country, and usually not in lower income areas which needed them the most.

According to MedPage Today, between 2010 and 2013, the contract pharmacy program grew by 1,200 percent, and totaled almost 30,000 pharmacy arrangements at the beginning of 2014.

Some in Congress have tried to scrutinize the program, but the issue is very political. Many of the hospital and pharmacy consultants claim that the program can’t be tinkered with at all without harming the intended beneficiaries, while patient advocates say otherwise.

In a joint letter to House Majority Leader Rep. Kevin McCarthy (R-23) and Rep. Tony Cardenas (D-29), patient advocates concerned about the abuses occurring in the 340B program, said:

A Health Affairs policy brief published in November 2014 found the 340B program was used to purchase an estimated $7.5 billion worth of drugs in 2013, according to Apexus, an Irving, Texas-based private contractor that helps the federal government manage the program — a 2.3% share of the U.S. prescription drug market, MedPage Today reported.

The 21st Century Cures bill is a congressional effort to streamline the nation’s drug approval process, aimed at fast-tracking drug development. The House Energy and Commerce Committee unanimously approved the 21st Century Cures Act 51-0 on May 21, 2015. “The nonpartisan legislation will help to modernize and personalize health care, encourage greater innovation, support research, and streamline the system to deliver better, faster cures to more patients,” the Energy and Commerce Committee reported. But there was a section that didn’t end up in the bill.

Members of ta stakeholders group of hospitals warned Congress of dire consequences if the 340B program was downsized. “If the program were to be restricted, vital services to the underserved would be cut back,” the group wrote in a May 20 letter to congressional leaders that was signed by 500 hospital executives. “Prescription drug costs for our patients would rise dramatically, and taxpayers would have to pick up the tab,” MedPage Today reported.

However, the Pharmaceutical Research and Manufacturers of America in Washington, insists that the drug program has grown far beyond its original intent. “PhRMA has long maintained that the 340B drug discount program should be targeted to true safety net hospitals and the recipients of federal grants, which rely on the program to serve the uninsured or vulnerable patients,” PhRMA spokeswoman Allyson Funk wrote in an email to MedPage Today.

“Increased oversight, transparency, and accountability, coupled with reforms to address out-of-control growth in the program, curb consolidation which is driving up healthcare costs, and ensure the program is focused on helping uninsured or vulnerable patients afford their medicines is needed.”