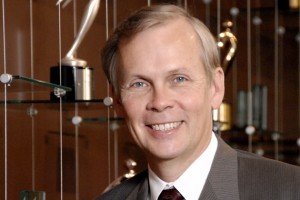 On a variety of issues Americans in general, and Californians in particular, are increasingly saying what we do is really no one else’s business. That libertarian argument appeals to right-of-center voters because they don’t like government control, and it appeals to left-of-center voters because they are more likely to agree with the social goal, e.g. legalized marijuana, for example.

But is it always the right answer to leave controversial social policies up to individual choice?  Nowhere is that question more relevant than in the current debate in the California Legislature to allow doctors to help patients kill themselves, an idea embodied in Senate Bill 128 by Senator Lois Wolk (D-Davis).  The argument goes something like this;

“When someone is diagnosed as having less than six months to live, why shouldn’t they be given the choice to end their life on their own terms instead of enduring months of pain and suffering?”

That’s a straightforward question, and it deserves an answer.  After all, whose life is it anyway?

The problem, of course, is that once the issue is reduced to a subjective personal choice we are, for all intents and purposes, out of the suicide prevention business.

Why?  Because when choice is king, waiting periods and consent forms become nothing more than infringements on a basic right, one that the 15-year-old heartbroken over a romantic breakup has as much right to claim as a presumably terminal cancer patient.

Tens of millions of Americans live with depression, illness, pain and a plethora of physical impairments.  When we include those who are angry, bitter, despondent, unemployed, poor, well, you get the idea.  There are a lot of reasons that have led people to take their own lives. Up until now, we’ve tried to talk them out of it.

As we become officially agnostic about whether our neighbors should kill themselves, one wonders to what extent such legal indifference will mutate into actual antipathy, i.e. an Ayn Rand-styled hostility to those who persist in clinging to life even though they are using up a disproportionate share of health care dollars.

On a practical level, parents will have one less argument to dissuade a depressed teen from taking his or her life, since it’s really a matter of personal choice.  And since pain and suffering are in many ways subjective scales, how can we know that someone going through a bitter divorce isn’t a lot more miserable than Brittany Maynard was, who chose to end her life before the pain got worse?

We have to ask, since suicide is already legal in California, why the push to put society’s stamp of approval on it?  After all, if it’s really just a personal choice, why should the rest of care one way or the other?

We care about the sick, the poor and the unemployed.  We care about the heartbroken teenager, and the kids whose parents are going through an ugly divorce.  Our heroes are the good Samaritans and the rescuers, those who place themselves at risk for others. Those who care.  And if we deserve to be called a just and compassionate people, we will continue to not only care, but to intervene.