The Nation Shrugs As Though Nothing Happened
[Publisher’s Note: As part of an ongoing effort to bring original, thoughtful commentary to you here at the FlashReport, we are pleased to present this column from Hector Barajas.] 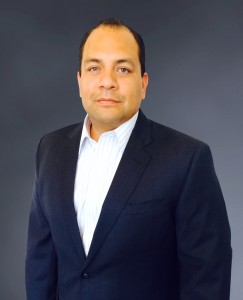 The tragic shootings at a predominately black Charleston AME Church in South Carolina sparked a national debate over race relations, the Confederate flag and its symbolism as a potential motivation behind the crime. The response to the tragedy in Charleston stands in stark contrast to violence that took place in Chicago over the Independence Day weekend.

In South Carolina, a man accused in the killings, 21-year-old Dylann Roof, was arrested in a vehicle bearing a “Confederate States of America” license-plate holder. Law enforcement also released pictures and a lengthy manifesto showing Dylann waving a Confederate flag as he wore a No. 88 Tee-shirt — said by authorities to be white supremacist code for “Heil Hitler.”

This nutcase killed nine people and the only real response of the nation was to debate the historical symbolism of the Confederate flag? Cable channel TV Land cancelled reruns of the 1979-1985 TV show The Dukes of Hazzard, because the General Lee car, used on the program, had a Confederate flag painted on its roof. Warner Brothers stopped selling toys or model cars of the General Lee, the National Park Service removed Confederate flag merchandise from its bookstores and gift shops across the country at Civil War battlefields and today the flag will come down from the South Carolina capitol.

Now that the Confederate flag will be relegated only to museums, the country seems to have breathed a sigh of relief of the “positive outcome” to this horrific tragedy.

As I scanned the news outlets this past week, I hoped to see what Rev. Al Sharpton and the other media, political and community-organizing talking heads had to say or wanted to ban and blame for the senseless and horrific deaths of nine people along with 46 others who were maimed and wounded over the weekend in Chicago.

Have they binge-watched too many reruns of Law and Order, Family Guy, Orange is the New Black, and Walking Dead, or seen too many extreme episodes of Reality TV, participated in too much fist-bumping at hockey matches when players are jammed against the boards, or participated in too few family outdoor activities?

On Monday, Tuesday, Wednesday — right up to the end of the day on Thursday — no one seemed to care about the latest Chicago deaths. No one has started a national debate on what could have been done to save those lives. Even the President and administration have been silent.

The world just seemed to move on as though those lives didn’t matter.

Born in East Los Angeles and raised in the Echo Park neighborhood, Hector Barajas is a partner at RCI Public Affairs.