Two weeks ago, a Democrat on the Assembly Labor and Employment Committee defiled the legislative committee process again by forcing another job-killing bill through without full debate. 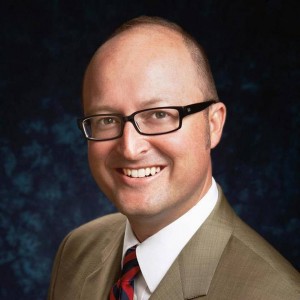 Senate Bill 3 by Sen. Mark Leno, D-San Francisco, calls for repeated automatic increases in the state’s minimum wage, and is just one of his many attempts to force costs on employers that their businesses cannot bear.

Committee Chairman Assemblyman Roger Hernández, a Democrat from Los Angeles, abruptly cut off a witness midsentence. Before taking another breath, Hernández quickly called for a vote on the bill, even though members of the public had not testified, and other lawmakers on the committee wished to speak.

Hernández used bullying tactics to stop any opposing comment. Ironically, Hernandez the bully is serving in the Legislature which has passed aggressive anti-bullying laws. But elite politicians pass rules for others, not for themselves. 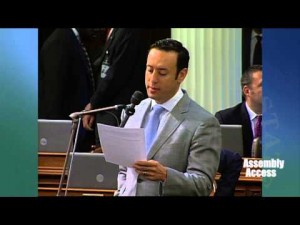 The erratic behavior began when Hernandez first cut off a witness testifying mid-sentence. Although Hernández had already recognized Harper as the next speaker, instead, Hernández cut Harper off before he could say anything about Leno’s bill.

SB 3 would have major implications to businesses and workers throughout the state of California. Hernández’s behavior is suspicious, not only because he was out of control, but many wonder why he behaved this way on this particular bill.

“Blocking discussion in this manner is unfair, undemocratic and soils the decorum of the Assembly, said Assemblyman Matthew Harper when I spoke with him. Harper was livid that Hernandez prevented him from participating in the bill’s debate, because Harper said he was elected to the Assembly  to represent the concerns of the voters his district. “Hernández shut down my ability to speak for my constituents.”

“The chair’s actions were offensive and disrespectful today, not just to me, but to Californians who want jobs and deserve to know the impacts policy will have on their chances of employment,” Harper said in a statement. “The good people of the San Gabriel Valley deserve better from their representative and Californians as a whole deserve more from those who serve them.”

Thug-Assemblyman Roger Hernandez was apparently brought into Assembly Speaker Toni Atkins’ office and told “The speaker believes that all members of the Assembly have the right to ask questions and voice their opinions on legislative matters while in committee and on the floor.” 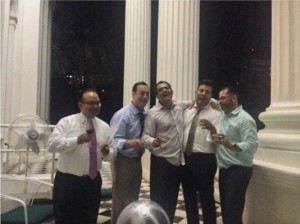 Atkins’ office said in a statement “Mr. Hernández acknowledged his oversight to Mr. Harper and expressed regret.” Now there’s a powerful apology. “Oversight?” He leapt out of his chair across another chair to turn off Assemblyman Harper’s microphone.

In 2012, he admitted to driving a state vehicle under the influence. The same year, a former girlfriend alleged that Hernandez was “physically, verbally and emotionally abusive” even threatening to “whip” her. The woman eventually dropped the lawsuit.

Hernandez is a thug and thinks he’s untouchable. And remember, he still hasn’t apologized to Assemblyman Harper as of Monday, July 20.

There were no statements coming from Assembly Minority Leader Kristin Olsen’s office about the incident.

This is the video of Assemblyman Hernandez shutting off fellow Assemblyman Matthew Harper’s microphone during the committee hearing, after he cut a witness off mid sentence. https://www.youtube.com/watch?v=5VN6KqrSBiA#t=81

Is this how low the California Legislature has sunk? Is Roger Hernandez really representative of the people of his district? Following last year’s shocking discovery of three State Senators under FBI indictment for bribery, arms dealing with Muslim extremists, and a perjury conviction, this Legislature is hardly representative of the good people of California. Could it be just the tip of the iceberg?