This week, the animal rights activists of “Mercy for Animals” are staging protests, decrying the tortured chickens at Foster Farms in Modesto, CA, while Planned Parenthood is selling aborted baby organs and tissue to the highest bio-tech bidder. 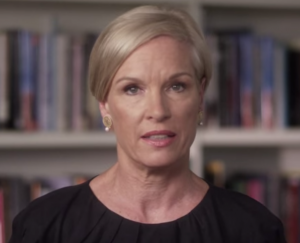 The misleading name ‘Planned Parenthood’ may make abortion-seekers feel better about their “choice,” but it’s time to start accepting what this organization was founded on, and what it really does.

The revelation of last week’s video catching a senior director for medical services at Planned Parenthood’s explaining how the abortion clinics sell aborted baby’s fetal organs and tissue to biotech firms, while munching on salad and sipping red wine, should have elicited nationwide outrage and disgust at such moral depravity.

It was not only shocking to realize that licensed “health care professionals” are illegally selling aborted babies, known as “fetal harvesting,” the hypocrisy of the pro-abortion movement is astounding and now on full display. Pro-abortion advocates have insisted for decades that unborn babies are not alive. Yet this video makes very clear that the organs and tissue from aborted babies are being treated with the same medical care and precision as still-beating human hearts, kidneys and livers, carefully extracted from recently deceased car-crash victims, and whisked away an ambulances to awaiting patients.

Instead of outrage, newspapers like the Sacramento Bee editorial board called the video “A cynical attack on Planned Parenthood.” While the mainstream media is aghast at Presidential candidate Donald Trump’s latest verbal gaff, they ignore the butchery taking place at Planned Parenthood, whose doctors talk about selling baby organs and tissue as if they are parting out a classic car.

The Sacramento Bee justified their position by invoking Alzheimer’s and Parkinson’s disease research, and “how desperately many Americans hope for progress in stem cell research.”

Aside from the Bee’s falsehood, when women step into a Planned Parenthood clinic, they aren’t thinking altruistically about donating the tissue and organs of their soon-to-be-aborted baby to research; they are only thinking about getting rid of an immediate problem. 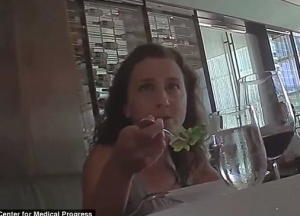 “Dr. Deborah Nucatola, who has been the Senior Director of Medical Services at Planned Parenthood Federation of America since February of 2009, is seen on camera as she discusses selling hearts, lungs, livers and even the muscles of aborted fetuses,” the Daily Mail UK reported. “She also discusses using ‘partial-birth abortion’ techniques to deliver some of these organs intact,” rather than crushing them during the abortion procedure.

“Actors posed as buyers in an undercover investigation of Planned Parenthood done by The Center for Medical Progress, and they discussed purchasing organs with Dr. Nucatola at a lunch in California in July 2014,” the Mail reported. “Dr. Nucatola is seen eating a salad and drinking wine as she lists the organs that sell the best, noting that many individuals are looking to purchase livers. ‘I would say it’s probably around $30 to $100, depending on the facility and what’s involved,’ Dr. Nucatola says of the prices for each organ.”

The official statement from Eric Ferrero, Planned Parenthood Vice President, isn’t much better.  “There is no financial benefit for tissue donation for either the patient or for Planned Parenthood,” Ferrero said. “In some instances, actual costs, such as the cost to transport tissue to leading research centers, are reimbursed, which is standard across the medical field.”

And then the second video was released.

The second video is of Mary Gatter, a senior medical director with Planned Parenthood in California. As with the first video, at a lunch meeting with actors posing as representatives of a biotech firm, Gatter is asked questions about the possibility of purchasing fetal organ tissue from Planned Parenthood clinics. Gatter discusses various prices of aborted baby body organs and tissue, and offered that prices for a baby’s liver, head or heart are negotiable.

Gatter also offers to talk with the Planned Parenthood abortion practitioners about altering the abortion procedure to better preserve the organs and tissue for sale, after the baby is killed in the abortion, just as Dr. Nucatola did.

“Let me just figure out what others are getting, and if this is in the ballpark, then it’s fine, if it’s still low, then we can bump it up,” Gatter says. “I want a Lamborghini,” she says jokingly. “Doesn’t everyone?” asked one of the actors.

Founded by eugenicist Margaret Sanger, Planned Parenthood is the largest abortion provider and chain of on-demand abortion clinics in the world. Sanger’s open disdain for blacks, minority groups, the disabled and diseased, spawned Planned Parenthood. She built the organization upon her belief in exterminating individuals she deemed “unfit” for the human family. Nearly 80 percent of its facilities are located in minority neighborhoods. While only 13 percent of American women are black, they submit to more than 35 percent of the abortions.