The Making of a Republican Contra Costa County

[Publisher’s Note: As part of an ongoing effort to bring original, thoughtful commentary to you here at the FlashReport, we are pleased to present this column from Rohit Joy, Chairman of the Republican Party of Contra Costa County.] 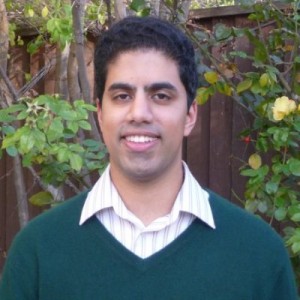 The Republican Party of Contra Costa County held a special election last Thursday to fill the vacancy in the chairmanship and I am honored and humbled to have been elected county party chairman by the members of the central committee for the remainder of the 2015-2016 term.

First, I would like to thank Nyna Armstrong, our immediate past chairman, for laying a foundation for a successful election cycle. Nyna made significant progress healing some of the acrimony that existed among different factions of the party, re-launching our speaker series, and forming working committees to perform nuts-and-bolts party building activities. Thanks also to our first vice chairman, Harold Bray, who led us as acting chairman until the special election. Hal’s passion was outreach, and he built solid relationships between our party and organizations such as the NAACP and the Hispanic Chamber of Commerce. The work Nyna and Hal have already done will help me be a successful chairman.

Our first priority as Contra Costa Republicans will be to re-elect Catharine Baker to the California State Assembly. Our efforts to elect Baker began in 2011, when the California Citizens Redistricting Commission drew new districts for this decade. Numerous members of the Alameda and Contra Costa Republican Parties, myself included, testified at the commission’s meeting in Oakland, stating that we wished for the communities in Central Contra Costa and Eastern Alameda to be in the same Assembly district. We got a relatively favorable district with less than a six-point registration gap between registered Democrats and Republicans. In 2013, Baker began her efforts early, establishing herself as a strong candidate, building credibility within the communities in her district, and ultimately becoming the sole Republican to seek the seat. She won in 2014 with just over 51 percent of the vote.

Given the years of effort it took to elect a Republican to this seat, we must protect our investment. In 2016, we will be the primary political organization in Contra Costa County supporting Baker. We will assume responsibility for turning out Republican voters in Assembly District 16, allowing Baker’s campaign to focus more on building support among and turning out non-Republican voters. We will accomplish our voter turnout goals by identifying likely Republican voters using the latest technology, and then encourage these voters to go to the polls by engaging in member communications and on-the-ground precinct-level efforts.

Along with re-electing Baker, we will also focus on identifying candidates for local elected officials, boards, and commissions. There is no such thing as a non-partisan election. It is important to elect registered Republicans who share our principles to local offices, both to ensure that Republican principles are reflected in policymaking at the local level, and to build a “farm team” of potential candidates to run for higher office. We also must identify openings on appointed boards and commissions and candidates to fill them, as service in these bodies provides individuals with both name recognition and policy experience that helps them become successful candidates for local elected office.

In previous years, our county party has featured Republican candidates on the ballot for local office on door-hangers provided to Republican households. For example, in 2012, a year in which Republicans across California running for Congress, State Senate, and State Assembly lost every closely contested race, 34 Contra Costa County Republicans were elected to local offices. Most of these individuals were identified as being registered Republicans after they chose to run and were included in our campaign materials on that basis.

In 2016, we will not simply wait for Republicans running for local office to file, and help them out after the fact. We will proactively identify Republicans to contest offices in every city, supervisorial district, and special district, providing them with the resources they need to turn Republican voters out for them. We will continue to work with the state Republican Party to obtain door hangers and other collateral to communicate to our voters which “non-partisan” candidates are Republicans, along with introducing more “high-tech” methods of communicating to our voters such as such as email, text messages, Facebook, and Twitter, and using social media advertising to direct Republican voters to the state and county party websites, where all our candidates for local office are listed.

Accomplishing all these goals will take ample financial and human resources. I am blessed to have a capable leadership team who will help me build first-rate organizations in our precincts to turn out voters and execute our finance plan to raise sufficient funds for our operations. I invite you to join our efforts by donating any amount, large or small, to the county party here.

Rohit Joy is the new Chairman of the Republican Party of Contra Costa County.