[Publisher’s Note: As part of an ongoing effort to bring original, thoughtful commentary to you here at the FlashReport, we are pleased to present this column from Don Giottonini.] 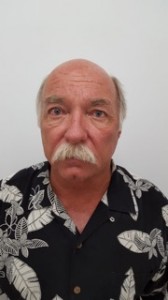 As co-authors of Assembly Bill 96, Republican Assemblymembers Brain Maienschein (R-San Diego) and Marie Waldron (R-Escondido) need to answer why they would support a new law that promotes asset forfeiture by devaluing property now legally owned and deprives individuals of their property without compensation or due process.

In this legislative session, under the direction of Assembly Speaker Toni Akins (D-San Diego) and State Senator Ricardo Lara (D-Bell Gardens), Maienschein and Waldron’s AB 96 would go back 100 years from 2016 and make it illegal to own, possess or transfer ivory even if that ivory was legally purchased or inherited.

This past week, the Obama Administration proposed some new ivory regulations – expected to be finalized later this year – which would restrict interstate trade to antique items that are over 100 years old or contain a minimal amount of ivory. The proposed rule also contains new restrictions on the international trade.

Instead of pushing AB 96, Maienschein and Waldron should be requesting a vote on AB 96 be postponed to afford additional time to address some unresolved questions members of both parties have had with AB 96, including:

o How will AB 96 programs be funded? There is no funding source identified, and we could be footing the bill for what is now a federal effort.

o How do we ensure that AB 96 doesn’t take game wardens away from protecting California wildlife? We cannot use Fish and Game Preservation Account dollars for something that does not benefit game species in California.

o How will firearms containing ivory be handled under AB 96? Concerns were raised by Department of Finance in the Appropriations Committee over DOJ being stretched too thin and it remains unclear where the expertise is going to come from to enforce this.

o This year we’ve had budget hearings to discuss the lack of performance with the DOJ regarding the APP program. How can we have them focused on an ivory issue when the stated priority to ensure felons do not possess firearms, a very serious public safety issue, is not being addressed?

Even New York, which has a similar bill, is ensuring a process exists for citizens to register their items, while AB 96 provides no notice to the pubic.

There is nothing wrong with the Legislature, including Maienschein and Waldron, seeking effective ways to combat elephant poaching by drying up the black market trade of illegal ivory.

But trampling on the Constitution, seizing legal personal property, ignoring federal policy developments and turning law-abiding citizens into criminals does not serve to achieve that laudatory goal.