In the early 1970’s, the Environmental Protection Agency forced automakers to cut emissions. And the cars were awful.  I remember a 1972 Chevy Caprice station wagon, 140 horsepower, 4300 lbs. Chevy claimed the horsepower was 160 – even at that, it was still grossly underpowered. 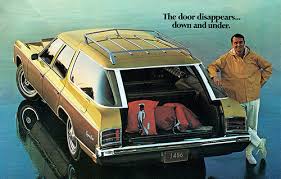 Prior to the EPA, that particular engine was rated at 250 horsepower. The EPA took 40 percent of the engine capacity away. When you’re pushing a 4300 lb car with only 140 horsepower, the gas mileage is terrible. Cars didn’t run well. They were unreliable. The only thing that saved the car industry was fuel injection – something Porsche, Mercedes and BMW were already moving to.

Car manufacturers were lying then, and they’ve been forced to lie again.

Chapman University’s Center for Demographics and Policy just published a new study, which verified California’s 2011 Greenhouse Gas Emissions were just one percent of emissions worldwide. According to the study, even if California’s emissions dropped to zero from now until 2050, which is the year Brown there would be no significant effect on the environment because of greenhouse gases generated by developing nations like China and India.

This is the fallacy of the entire green climate change scheme.

The EPA and DOJ hit the automakers with collective penalties valued at around $300 million for Clean Air Act violations including $100-million in civil penalties, the largest such fines in EPA history.

The $100 million civil fine got the attention of the California Air Resources Board, which joined in as a co-plaintiff in the settlement and will receive $6,343,400. The proposed consent decree is subject to a 30-day public comment period and court review and approval.

The Gov. Loses A Round

Gov. Brown was handed a legislative defeat this month, and responded with his usual grace, and the time-honored political tradition of name-calling. He called anyone who opposed his 50 percent fuel reduction goal climate change-denying “troglodytes.”  He had especially harsh words for “Big Oil.” The Governor has retreated to calling oil companies greedy and his opponents cave dwellers. Legitimate concerns of ill-conceived government mandates on our economy and citizenry don’t matter much to demagogues. Our Governor smugly condemns Californians as selfish gas-guzzlers.
At the Vatican climate change conference in July, Gov. Brown denounced global warming deniers, who he said are ‘bamboozling’ the public and politicians with false information to persuade them that the world isn’t getting warmer.  Brown urged world leaders to stand up in opposition to climate deniers.

“We have a very powerful opposition that, at least in my country, spends billions on trying to keep from office people such as yourselves and elect troglodytes and other deniers of the obvious science,” said Gov. Brown. “The final declaration states that ‘human-induced climate change is a scientific reality and its effective control is a moral imperative for humanity.’”

And now that the left has embraced the Pope during his visit to the US, the left is calling climate change skeptics “sinners.”

Yet any CO2 increase hasn’t resulted in an uptick in the global mean temperature, as former meteorologist Anthony Watts pointed out on the climate-change website Watts Up With That? Watts says there has been no warming on the earth’s surface for 19 years and no warming in the lower troposphere in nearly 18 years.

The news this week that Volkswagen is facing up to $18 billion in fines for installing cheat software on about 250,000 diesel models really isn’t shocking. Carmakers can’t satisfy car buyers and draconian regulatory dictates.

This mess is an EPA creation. “The EPA slashed allowable nitrogen dioxide car emissions from the already low 1.2 grams per mile average to 0.07 grams per mile in 2008 to boost air quality that courts at the time ruled was already pretty good and adequately protecting public health,” The Week reported. “The EPA is now poised to tighten that standard another 30 percent.”

As with California’s Air Resources Board, the EPA isn’t talking to automakers, or working with them. They don’t care because the EPA and CARB wants all of us to give up our cars and ride bicycles, buses, the subway and light rail trains. They want us to live in zero-emissions cubicles and studio apartments.

Congress has filed articles of impeachment for Gina McCarthy, head of the EPA after she committed perjury and made several false statements at multiple congressional hearings, and as a result, is guilty of high crimes and misdemeanors.

By any means necessary, our government will get what it wants. Or not.