California Gov. Jerry Brown just signed a bill to authorize medical aid-in-dying in the Golden State. Those in their ‘Golden Years’ should be very worried. 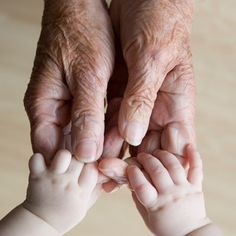 It is often said a society will be judged on the basis of how it treats its weakest members. The disabled, the terminally ill, the elderly, infants and the unborn are among the most vulnerable in our society.  The weakest among us deserve the most attention and care, and not doctors helping to end their lives — or by removing a fetus from the mother’s womb before it can survive on its own.

Assisted Suicide: Your Dying Is Making Me Uncomfortable

One of the myths about the assisted suicide practice in Oregon is that it is highly regulated and has strong safeguards. However, proponents gloss over the serious lack of safeguards in Oregon’s law.

“The State of Oregon’s minimal data collection and gross lack of strong oversight of assisted suicide undermines any pretense of rigorous monitoring or strict regulation. A series of problems renders any conclusions based on the data to be critically flawed. Washington State’s law, which is much newer, contains similarly limited, deeply flawed oversight provisions.”

Deaths have exponentially gone up in Oregon, despite the state’s attempt to hide the data. In the Netherlands, doctors are now killing patients without any discussion or approval from family. Is that the government “freedom” proponents of assisted death want?

This issue is the ultimate selfish act committed by family members who don’t want to have to watch a loved one in pain because it makes them so uncomfortable – so they’d rather it all end quickly and conveniently. Every lawmaker who testified in favor of this bill spoke about their own emotions, and their own discomfort at watching a loved one die, regardless of the loved ones’ desire to live, even with pain and discomfort. The will to live is stronger than the discomfort of those who are uncomfortable by it — until a law like this is enacted.

Brown just signed a bill into law requiring pregnancy centers to inform patients about abortion as an option. Regardless of this new law, it still is wrong to force a private organization seeking to save babies into the business of aiding in their death. As proof of Brown’s depravity, he hasn’t signed a bill to require Planned Parenthood to refer pregnant women to places like Alternatives Pregnancy Center in an effort to save babies.

One of the 10+ videos in the ongoing scandal of Planned Parenthood’s controversial sale of aborted fetal body parts shows the CEO of StemExpress, a major buyer of fetal tissue from Planned Parenthood, admitting the company gets “a lot” of intact fetuses, suggesting “another 50 livers a week” would not be enough, and agreeing abortion clinics should profit from the sale:

StemExpress is the for-profit biotech supply company partnered with Planned Parenthood clinics across the country to purchase human fetal parts.

While casually eating a meal and drinking wine, StemExpress CEO Cate Dyer also boasts about her company’s volume of aborted babies due to their partnership with Planned Parenthood while simultaneously discussing her company’s growth prospects.

Undercover “Buyer”: What would make your lab happy?

Dyer: Another fifty livers a week.

Undercover “Buyer”: Ok, so you can handle that?

Dyer: Yea. Just so you guys know, on the collection side for us, we’re also- as you see Megan out there in the clinic, we’re working with almost triple digit number clinics. So, it’s a lot on volume, a little more than what we do. It’s a lot. So, I don’t think you’ll hit a capacity with us anytime in the next ten years.

The video also highlights how organizations like StemExpress promise “fiscal rewards” and “financial profits” for Planned Parenthood abortion clinics that sell dead baby parts to them.

Toward the end of the video, Dyer laughs about warning labs before shipping intact babies or the heads of babies to them so they are not shocked when they open the box.

While Planned Parenthood just announced they would no longer be accepting payment for fetal baby parts and fetal tissue from companies like StemExpress, that’s clearly an admission that the abortion provider was and is in the business of selling body parts for profit.

“If the money Planned Parenthood has been receiving for baby body parts were truly legitimate ‘reimbursement,’ why cancel it?” David Daleiden of the Center for Medical Progress said in a statement. “This proves what CMP has been saying all along – Planned Parenthood incurs no actual costs, and the payments for harvested fetal parts have always been an extra profit margin.”

Whenever I see some celebrity extolling the need to take care of orphaned and abused animals, I can’t help but wonder if they care about aborted children. And the same goes for Gov. Jerry Brown, who is a cafeteria Catholic — he dons the robes when it suits him politically.