California’s Political Climate Needs to Be Cleaned of Polluted Politicians 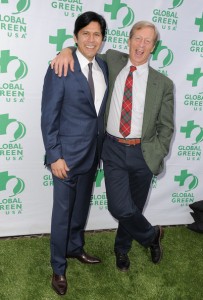 Tuesday’s Sacramento Bee has an op ed from Senate President pro Tem Kevin de  Leon, a Democrat from Los Angeles, on full attack of the Bee’s own Dan Walters for daring to point out that California is not booming economically, despite what de Leon and Gov. Jerry Brown tell us.

De Leon claims in his op ed (‘Climate Change Policies Will Help Poorest Californians’), “California’s job growth outpaced all other states in 2014 and unemployment is 5.8 percent, the lowest since October 2007.”

This is only true if like de Leon, Gov. Brown, and the Obama administration, an employed Californian is defined as a worker who performs at a job one hour a week, and therefore can be counted as “employed.”

A full time “job” used to be defined by the government and Bureau of Labor Statistics as 30 or more hours per week for an organization that provides a regular paycheck. Labor Law attorneys still consider 30+ hours of work a week as full time.

And unfortunately many Californians, “are not thriving and continue to experience significant levels of unemployment, steeply rising housing and higher education costs, and stagnant wages and incomes,” according to a report prepared by the Assembly Jobs, Economic Development and the Economy Committee, and cited by Walters in his column.

“The most recent U.S. Census Bureau figures place California at the top of the list for having both the highest poverty rates and the lowest percentage of working age people with at least a high school diploma or equivalency certificate.”

“Walters reveals shortsightedness as he clings to a harmful carbon-based economy, while failing to acknowledge the economic and health benefits of our climate change policies to these very communities,” de Leon said, attempting to make his climate change case. De Leon proudly named his 2012 legislation, which requires 25 percent of the state’s cap-and-trade tax revenue ‘benefit low-income communities disproportionately impacted by pollution.” That’s one quarter of the already raised $2.5 Billion in cap and tax taxes going to Los Angeles, where de Leon lives… it’s called “bringin’ home the bacon.”

“In 2014-15, $75 million was allocated for installing energy efficient products, reducing utility bills and allowing families to use their precious dollars on other necessities. Tens of millions more was earmarked for affordable housing near public transit to cut carbon emissions,” de Leon said.

Is he serious? Poor people in Los Angeles care about installing energy efficient washing machines, refrigerators and solar panels? Where? In their government subsidized apartment buildings?

One million California residents live in “energy poverty;” they spend 10 percent or more of their income on household energy costs.

The working poor would prefer better jobs and independence from government – not solar panels and Energy Star appliances.

A 2014 Stanford study found the heaviest burden for climate change regulation costs falls on people – especially lower income groups – and not corporations, because companies ultimately pass on those costs to people. For the poor, basic necessities like electricity and home-use gas take up a bigger chunk of the budget than for the rich. Under a hypothetical carbon tax, households in the lowest income group would pay as a percent of income more than twice what households in the highest 10 percent of income distribution pay.

California’s renewable energy policies are regressive, and hurt the poor the most.

De Leon frequently talks about the plight of Latinos, and the need to increase take-home pay for the poor and the middle class, but his energy policies are hurting those very same people. “However, having been raised in poverty and representing one of the poorest Senate districts in the state, economic inequality is a constant in my reality,” de Leon said.

California is the poster child for income inequality and regressive renewable-energy mandates. We Californians already pay some of the country’s highest electricity prices.

While many other states are repealing their expensive renewable energy mandates, Gov. Jerry Brown and Senate President de Leon are doubling down, and digging in – despite mountains of economic evidence showing them just the opposite of their claims.

De Leon’s SB 350, dubbed “The Gasoline Restriction Act of 2015,” would have given the California Air Resources Board authority to enact a mandatory 50 percent gasoline and diesel fuel restriction by the year 2030, through gas rations, mobility restrictions on residents, surcharges on trucks, SUVs and even family mini-vans, and even monitor individuals’ fuel consumption records.

This proposal would not only have crippled the state economically, but especially people in low-income neighborhoods that de Leon claims to care so much about. Fortunately, he couldn’t get the gasoline tax portion of the bill past the Democratically-controlled Legislature, and it was amended out. However, expect to see this proposed again in another bill.

But with the rest of the mandate, the cost of home heating and cooling is going up rapidly.

“For example, in 2013, the average summer electricity bill for a household in Hanford, an agricultural town in Kings County — one of the poorest counties in the state — was over $500 per month,” said Robert Bryce, senior fellow at the Manhattan Institute, in a recent article. “Meanwhile, in Mill Valley, located just north of San Francisco in wealthy Marin County, the average bill was just over $200.  Thus, in Kings County, where the median household income is $48,133, residents are paying more than twice as much for electricity in the summer as are residents of Marin, where the median household income is $90,839 — 89 percent higher than the median in Kings County.”

De Leon and Gov. Brown will be at the climate summit in Paris “to showcase California’s successes in reducing carbon emissions,” and “to tout climate leadership as an engine of broadly shared economic prosperity.” Perhaps Brown and de Leon should stop patting themselves on the back long enough to make a stop first in Hanford, and ask the residents living in “energy poverty” what they think about “climate leadership.”

Even France’s weather chief at France Télévisions, Philippe Verdier, who was fired in October for criticizing the world’s top climate change experts, says leading climatologists and political leaders have “taken the world hostage” with misleading data. In a promotional video, Mr Verdier said: “Every night I address five million French people to talk to you about the wind, the clouds and the sun. And yet there is something important, very important that I haven’t been able to tell you, because it’s neither the time nor the place to do so. We are hostage to a planetary scandal over climate change – a war machine whose aim is to keep us in fear.”