The California Legislature has demonstrated once again how irrelevant and unnecessary it is as a full-time body. 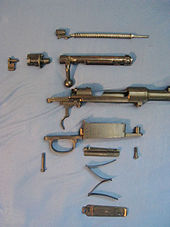 AB 1695, “The Stop Illegal Gun Sales Act,” by Assemblyman Rob Bonta, D-Oakland, passed the Assembly Public Safety committee on a party line vote. “The Act takes aim at the flow of guns onto the black market—just like the guns used in San Bernardino,” he said.

Bonta knows it is already illegal, but never mind that.

“Oakland was home to 89 murders last year—among the highest rates in the state. We must end these heart-rending killings of our youth and community members,” Bonta said. “The Stop Illegal Gun Sales Act will provide smart, effective, and targeted interventions to keep guns out of the hands of criminals and off of our streets.”

BTW, Oakland is run by Democrats, and has been for more than four decades. Think Detroit when you think of Oakland.

“When a person buys a gun and illegally resells it to a criminal, that gun could be used in the next shooting in San Bernardino, Santa Barbara, or on the streets of Oakland. We have an opportunity and an obligation to keep that gun out of the hands of criminals,” Bonta said.

“Additionally, the Act would make knowingly falsely reporting a gun as lost or stolen a misdemeanor, a tactic of straw purchasers seeking to distance themselves from the gun.” This too is already illegal.

Bonta’s bill also requires the Department of Justice to send a letter to each firearm purchaser during the 10-day waiting period informing the purchaser of laws relating to firearms and creates a misdemeanor to falsely report to law enforcement that a firearm has been lost or stolen, and institutes a 10-year ban on owning a firearm for those convicted of making a false report.

According to Paredes, there were 1.75 million gun transactions last year in California. Each of these 1.75 million purchasers would receive a letter from the Attorney General. What can only be described as another incredible waste of taxpayer dollars, this information is included in basic gun safety courses already.

Another doozy is AB 1673 by Assemblyman Mike Gipson, D-Carson, which seeks to regulate and criminalize the possession of 80 percent of gun lowers, also known as unfinished receivers. When you purchase an upper receiver to install on a lower (either 80 percent which is not serialized or a complete receiver which is) the upper receiver does not have a serial number nor do they require a background check. The Lower is the only part of a rifle that is considered the “gun” for purposes of registration.

But his bill violates the Second Amendment.

The ATF is very clear that building such guns is perfectly legally as long as the person building it is not a felon and is not building a gun that is illegal to posses without federal oversight–i.e., a machine gun or shot barreled shotgun.

But the law and the Constitution have never stopped the California Legislature. In fact, Public Safety Chairman Reggie Jones Sawyer, D-Los Angeles said, “This is California; we don’t pay too much attention to the Constitution,” when Paredes pointed out the unconstitutionality of AB 1673.

“Existing law currently allows too much access to individuals who probably should not possess or have access to dangerous firearms,” said the bill’s sponsor, Assemblyman Mike A. Gipson, D-Carson, in a January statement. “On the heels of the tragic events in San Bernardino, as well as a number of violent attacks committed with high capacity firearms nationwide, it is critical that we close every potential avenue someone with ill intentions might use to gain access to dangerous firearms.”

Gipson wants raw components to be regulated in California, just like all other guns, including having a serial number registered with the Department of Justice.

Guns.com reports the unregulated sale of unserialized AR-15 style rifles assembled using 80 percent lowers has been a focus of several recent cases in California including the including the controversial seizure of 3,804 unfinished lowers from a retail store in 2014 that the Bureau of Alcohol, Tobacco, Firearms and Explosives deemed to be firearms.

“This led the ATF to issue shifting guidance on what does and what does not make an 80 percent lower receiver and lawmakers in California railed against what they described as ‘ghost guns.’”

The 2014 Senate Bill 808, by Senator Kevin de León (D-Los Angeles), a bill to outlaw “Ghost Guns,” would have forced California gun owners to register any and all future or previously home-built firearms regardless of type. Essentially, the Legislature tried to create a whole new class of criminal.

However, Gov. Jerry Brown vetoed SB 808. Brown said in his veto message that he “can’t see how adding a serial number to a homemade gun would significantly advance public safety.”

None of these anti-gun, pro-gun control bills ever deter criminals, who are already prohibited from possessing a firearm.

As for the San Bernardino terrorist attack, does Assemblyman Bonta really think terrorists are going to go get a serial number on their gins because California law requires it?

The bill makes non-violent firearms related crimes “continuing offenses.” These offenses involve unlawful self-importation or transfers of firearms –for forgetting to fill out the DOJ’s form and mailing it to the California Department of Justice.

There is no criminal intent or a victim. SB 1037 seeks to make this new “crime” have the same statue of limitations as capital murder.

There’s no federal law that prohibits a gift of a firearm to a relative or friend that lives in your home state.  However, California already requires you to transfer a firearm through a local firearms retailer so an instant background check will be performed to make sure the recipient is not legally prohibited from owning the gun.

“Today, Democrats passed even more intrusive gun control bills that collectively make a mockery of our right to bear arms,” said Assemblywoman Melissa Melendez, R-Lake Elsinore. “These bills do nothing to counter the rising crime rates in our communities. They only seek to diminish a law-abiding citizen’s right to defend themselves and their family.”