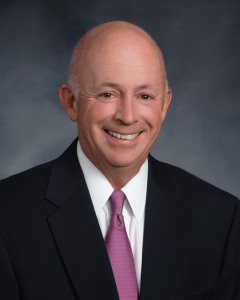 When one takes inventory of the beyond dismal business climate in California, it is important to remember that we did not get here overnight.

Decades of bad bills churning out of the California Legislature have made this state one of the worst to do business with the highest taxes and most hostile legal climate in the nation. Only by proactively tracking and advocating on the most significant current legislative issues in the State Capitol do we have a chance of moving the needle in favor of job creators in California.

On Tuesday April 19th, at our annual Day at the Capitol lobby day in Sacramento, NFIB California unveiled our 2016 “The Good, The Bad, & The Ugly” list of bills which will have the most significant impact on small businesses across the state. This list is comprised of bills from the 2015-2016 legislative session, and as bills develop or are potentially gut-and-amended, the list will be regularly updated. Currently there are 36 bills total listed; 13 good, 7 bad, and 16 ugly and the current version can always be found at http://www.nfib.com/ca/gbu.

As the leading voice of small business under the Capitol dome, NFIB developed this list to inform legislators of which bills will have the most significant impact, either positive or negative, to small businesses in California. Whether the issue be minimum wage or paid family leave, small business cope with these policies very differently from large corporations. It is important that our elected leaders recognize that not all businesses operate the same or have the same ability to absorb new costs and mandates.

The Good, The Bad, & The Ugly list also illustrates that businesses in this state do not suffer from just any single issue coming out of Sacramento, but rather a piling-on effect of bad policies which add to the crippling cost of doing business in California. I have heard multiple times from our members that they fear ‘death by a thousand papercuts’ in California between legislative, regulatory, and litigation burdens. While Senate Bill 3 (Leno), which raises our state minimum wage to $15 per hour, will have extreme negative consequences on our small businesses in California, it is not the only issue they have to cope with. After all, Governor Brown himself clearly stated, “We’re just getting started…” when he signed SB 3 into law just two weeks ago.

This is why you will find a wide range of legislative issues in The Good, The Bad, & The Ugly, from environmental mandates to complex labor regulations. Take for example Senate Bill 878 (Leyva), which would require all grocery stores, retailors, and restaurants to post a 21-day schedule seven days in advance of employee shifts. This bill would impose “modification pay penalties” for any shift changes within the seven day notice period, and increasing greatly when a change is within 24 hours. It will result in employees not getting extra hours or being able to swap shifts as the employer may be penalized, resulting in little flexibility and hurting the employees.

Truly, you can’t make this stuff up.

These two bills only scratch the surface of some of the craziness unfolding in the State Capitol, which is why we compiled this list and intend to stop as much of The Bad and The Ugly as possible. We hope that The Good, The Bad, & The Ugly can be a resource to you and that together we can fight for small business and reduce the crippling cost of doing business in California.

Tom Scott is the State Executive Director for NFIB California, which has 22,000 dues-paying small business members across the state.