Using the Orlando massacre as an excuse to pass more gun control bills, California lawmakers wasted no time, and spared no arrogance in passing new and old bills in legislative committees Tuesday. 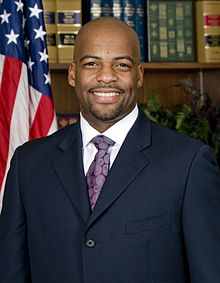 Some legislators even dragged out old gun control bills to be reheard; bills which couldn’t pass in previous legislative sessions, and wouldn’t have made a bit of difference in the latest terror case.

Political opportunism was on full display. Whether attempting to maintain political support among peers and special interest groups, or trying to increase political influence, Capitol lawmakers managed to disregard both ethical and political principles in doing so, as they set their sights on guns and not the deranged terrorists behind them.

Within 24 hours of the terror attack and shootings Sunday, which left 49 people dead in Orlando, Florida, President Obama, California lawmakers, and gun control advocates across the country called for beefing up the country’s laws on gun ownership.

“At one hearing, Assemblyman Evan Low, D-Campbell, angrily confronted National Rifle Assn. lobbyist Dan Reid, accusing his organization of being responsible for the Orlando shooting because of its lobbying against gun control,” the Los Angeles Times reported. “The reason they were murdered was because of your organization. Less than 72 hours ago, 49 people were slain in a nightclub in Orlando,” Low said during the hearing. “It’s very difficult for me to sit here and look you in the eye and have respect for you, Dan.”

The California Senate passed another 11 anti-gun bills in late May. These bills are now being heard in Assembly committees.

Senate Bill 880 would redefine what constitutes an assault weapon in order to close the “bullet button loophole.”

“Military style guns have no legitimate civilized use in our nation,” said Sen. Isadore Hall, D-Compton on Tuesday during the Assembly Public Safety Committee hearing. “They are used only to facilitate maximum loss of life.”

Sam Paredes, with with Gun Owners of California, told lawmakers he wanted to make sure everyone was dealing in facts and truth. “To unequivocally state high capacity magazines aren’t for hunting is factually incorrect,” Paredes said. Big game hunters use large capacity rifles, and have for decades. Olympians and competitive shooters use ARs. Paredes explained that criminalizing the number of rounds available for protection “puts law-abiding citizens at a massive disadvantage over criminals… criminals will not follow the law.” (California is also the first state to ban hunting with traditional lead ammunition.)

“These crazy, vicious, heartless individuals, who come here and defend the senseless act of terror… They are protecting the vicious murderers,” Sen. Hall said, directing his comments to Daniel Reid with the National Rifle Association’s Institute for Legislative Action, and Sam Paredes with Gun Owners of California, who oppose Hall’s bill. “They care more about the ability to hold a weapon in their hands,” Hall added. 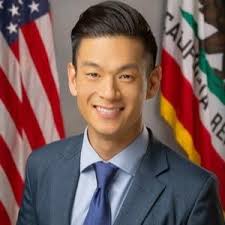 California bans AR-15s with magazines that can’t be removed without using a tool, in order to prevent gun users from reloading quickly. The bullet button was invented in 2006 by Darin Prince, a San Diego-area gun store owner. The Prince50 magazine lock can be installed by a gun owner on an AR-15 to lock its magazine in place without permanent welding, thereby complying with California statutes, the Trace reported.

Sold as an aftermarket accessory, bullet buttons are used to quickly release used magazines from semiautomatic rifles. Big gun manufacturers have developed rifles on which the buttons come standard just for California.

The Bullet Button alters the behavior of the magazine release. Using a bullet or some other pointy tool to depress the inner button is what releases the magazine.

And that makes California lawmakers insane. “Military-style weapons.” “Killing machines.” This is what Democratic lawmakers called automatic rifles in Tuesday’s hearing. But they never once addressed the terrorists and criminals who use the weapons to massacre innocent people.

The use of these weapons is actually rare, but they’re used frequently in the gun violence that gets the most media coverage, mass shootings.

“By creating a new crime, this bill would impose a state-mandated local program,” the bill language says.

“They are not really for target shooting or hunting,” Hancock said, discussing rifles which use large capacity magazines. “There is no reason to have these,” Hancock added. “Enough is enough.”

“Do you not believe the bill will not save lives?” Assemblyman Evan Low asked Reid and Paredes. “You’ve spoken out against thoughtful legislation which follows the Constitution.”

“The bills here today are limiting the rights of law-abiding citizens, and not the criminal element,” Reid said.

Committee Chairman Reggie Jones-Sawyer admonished the NRA for only opposing Democrats’ bills, rather than bringing forth legislation to prevent gun crimes.

“For decades, the National Rifle Association has been calling for meaningful mental health reform, so those suffering from mental illness who are found to be a danger to themselves or others will not have legal access to firearms,” wrote Chris Cox, executive director of the National Rifle Association’s Institute for Legislative Action, in a September 9, 2015 op-ed in the Washington Times.

In 1994, the federal government passed the Federal Assault Weapons Ban, which codified the definition of an assault weapon, and made them illegal to purchase. However, there was a ten-year sunset provision on the law, which was allowed to lapse in 2004, which made assault weapons legal again… except in California.

In 1999 California passed SB 23, which redefined and outlawed certain firearm configurations, including detachable magazines. The gun may not legally have certain other “military-style features” common to AR-15s, such as a folding stock or pistol grip.

The purpose of this bill is to (1) amend the definition of assault weapon to refer to a firearm that has one of several specified military-style features and does not have a “fixed magazine” rather than a firearm that has one of those features and “has the capacity to accept a detachable magazine;” (2) define “fixed magazine” as “an ammunition feeding device contained in, or permanently attached to, a firearm in such a manner that the device cannot be removed without disassembly of the firearm action.”

“But in the 10 years since the previous ban lapsed, even gun control advocates acknowledge a larger truth: The law that barred the sale of assault weapons from 1994 to 2004 made little difference,” Lois Beckett wrote in the New York Times article, The Assault Weapon Myth. “It turns out that big, scary military rifles don’t kill the vast majority of the 11,000 Americans murdered with guns each year. Little handguns do.”

Authorities identified the Orlando gunman as 29-year-old Omar Siddiqui Mateen, a U.S. citizen born to Afghan parents. Mateen was questioned by the FBI twice in 2013, and again in 2014 for possible ties to an American suicide bomber.

Despite being watched by the FBI, Mateen legally purchased two of the weapons used in the attack in Florida in the past week, authorities said.