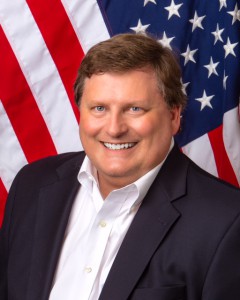 It is no secret that most government employees enjoy far more generous salaries and benefits than the public who pay for those benefits. It is important for the voters to know if their elected officials are properly representing them in these negotiations. The unions as private organizations are not required to conduct any of their meetings on these negotiations in public. The public entities (City Councils, etc.) almost always conduct their meetings in closed (private) sessions under the Brown Act. Elected officials are not allowed to reveal information presented to them in a closed session under the Brown Act.

The California Public Records Act (CPRA) starting at Government Code section 6250 provides: “In enacting this chapter, the Legislature, mindful of the right of individuals to privacy, finds and declares that access to information concerning the conduct of the people’s business is a fundamental and necessary right of every person in this state.” All public records are subject to disclosure when requested by a member of the public unless they fall into an “exempt” category such as documents containing attorney client communications or certain police investigation reports. Under the CPRA law any exemption is to be interpreted narrowly and the public’s right to records is to be interpreted broadly in favor of disclosure.

Through the CPRA, citizens can learn how the unions and the public entities are negotiating to put together these benefit packages you the taxpayers are obligated to pay for. This includes what the unions are demanding from your elected leaders.

Now those same government employee unions want to keep you from finding out how they negotiate with your elected officials – FOREVER!

My legal practice includes representing members of the public who wish to obtain records under the CPRA statute. Recently my friend Jon Fleischman (who owns and operates the popular Flashreport (http://www.flashreport.org/) sought to obtain via the Public Records Act documents regarding negotiations between the County of Orange and the Deputy Sheriff’s union. The County was about to disclose those documents (which revealed ongoing negotiations to retroactively increase salaries and benefits) when the Deputy Sheriff’s union attempted to block that disclosure via a lawsuit. I represented Jon in court and we were successful in having the court deny the union’s attempt to block Jon’s access to those records. The Court found that Jon was entitled to those records under the CPRA statute. To its credit the County Counsel’s office joined us in defending Jon’s right to obtain those documents.

The union’s response: use its political muscle in Sacramento to have AB 1455 introduced which is pending in the Assembly. If passed, this bill would add another exemption to the Public Records Act to bar citizens from obtaining records regarding these negotiations FOREVER! The net effect of this is to make all public employee union negotiations with public entities secret. Only the finished contract would be released to the public usually about three days before the public officials votes on it. You the taxpayer will never know how these contracts were put together.

I can imagine no worse situation for taxpayers. Their money is negotiated away and you never get to know how that was done. To say this is “special interest legislation” is a gross understatement. Bad public policy? Without a doubt. AB 1455 should be scuttled. I urge you to contact your elected representatives in the Assembly and State Senate and express your opposition to this bad bill.

Craig Alexander is an attorney who represents requestors of information under the California Public Records Act. He is also volunteer General Counsel for the California Policy Center, Inc. a policy think tank that advocates for transparency in government. He can be reached at Craig@craigalexanderlaw.com.