California’s high desert in San Bernardino County is a great part of the Golden State. The region has consistently elected strong conservative voices to represent citizens, and the people have long stood for lower taxes and smaller government. But a big lie is going around the Town of Apple Valley that should put everyone on alert. If it can happen there, it could happen anywhere in California. 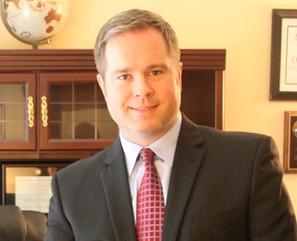 Do you oppose higher gas taxes and vehicle license fees?

If you’re like me then the answers to those questions are simple. What do they have to do with Apple Valley and a $150 million water bond?

Plenty…read on to learn why.

Local politicians in the Town of Apple Valley have lost sight of conservative values and are in the midst of trying to convince voters to pass Measure F, a $150 million bond to be repaid plus interest, by adding a new fee on to peoples’ existing water bill. The government is arguing that you can borrow $150 million in bond debt for the purpose of using eminent domain to take over a water system, and claiming that it won’t cost taxpayers anything to repay the debt and maintain quality water service.

Does that even remotely seem believable? It isn’t, but that’s not stopping unelected bureaucrats from trying to pull a fast one on voters late in the election.

The Town’s soon-to-be-retiring Town Manager used his “discretion” to use tax dollars to pay $25,000 for economist Christopher Thornberg to opine that the Town’s plan was smart and that voters have nothing to worry about. It’s pretty sad when government uses tax dollars to try and convince voters to go into debt. Technically, that’s illegal, and I’m sure that the Fair Political Practices Commission will be interested to learn more about this.

When people consider whether or not to trust Dr. Thornberg’s position, here are two points of reference to consider:

1) Dr. Thornberg opposes Prop 13’s homeowner property tax protections. The California Taxpayers Association reported, “The most vocal opposition to Proposition 13 came from Christopher Thornberg, founding principal of Beacon Economics, who called the proposition “evil,” and said: “I can’t think of one reason in the world why Prop 13 should exist.” LINK

2) Dr. Thornberg was a strong supporter of recent increases to California’s gas tax and increases to vehicle license fees. Here’s what he wrote in the Inland Valley Daily Bulletin: “After a heated battle to raise taxes and pay for much-needed road repairs and improvements, Senate Bill 1 is awaiting signature by Gov. Jerry Brown. But the fight for California’s transportation future isn’t over yet…SB1 is an important first step in closing that gap. But it won’t be enough.” LINK

Do you believe Prop 13 should be repealed?

Do you believe we need to raise gas taxes and vehicle license fees?

He also wants you to believe you can borrow hundreds of millions of dollars and somehow it won’t cost you a penny. We’ve heard that before on many different occasions, in particular, California’s High Speed Rail boondoggle.

Dr. Thornberg doesn’t seem to be too worried about Apple Valley taxpayers. He collected $25,000 to promote a ballot measure that two economists, Dr. John Husing (The Inland Empire’s most respected economist) and Dr. Rodney Smith, have separately concluded will increase water bills by $500 on every resident to repay $150 million in debt.

It’s disappointing when bureaucrats think voters aren’t smart enough to see through smoke and mirrors. But in Apple Valley, I’ve know that voters are very well informed, and they recognize that borrowing $150 million and having to repay the debt, plus interest, will have expensive consequences now and for generations to come.