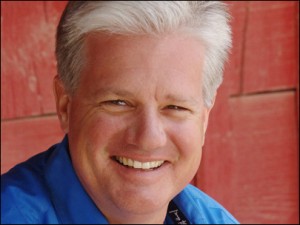 Then-Governor Schwarzenegger, who often commuted daily in a private jet from Los Angeles to Sacramento, signed AB 32, hypocritically stating it was “a bold new era of environmental protection.”

I’ll go no further into the mind-boggling complexities and details of Cap and Trade other than to say it is eerily similar to the 2000 – 2001 “energy de-regulation” debacle, which led to rolling blackouts and the ousting of then-Governor Gray Davis.

The so-called energy deregulation, just like Cap and Trade, was touted by state politicos as the greatest thing since sliced bread, but ultimately, it was a disaster.

The inconvenient truth about AB 32, as well as Cap and Trade, is that we now have higher gasoline prices and higher electricity costs. The coastal elites who support “going green” at all costs just don’t care that the working poor and struggling middle class living away from California’s coast are bearing the brunt of higher energy costs. Tellingly, our state has the worst poverty rate in the nation where 1 out of 5 California families are barely hanging on.

Thankfully, Cap and Trade is scheduled to end in three years. Unfortunately, Governor Brown and Democrat legislative politicians are now demanding that Cap and Trade be extended another ten years, until 2030. Keep in mind, they have a two-thirds vote in both the Senate and Assembly, and thus they already have the power to do so.

The catch is that Brown and the Democrat political elites know that a Cap and Trade extension will result in a new gas price hike of at least 45 cents per gallon, and perhaps as high as 90 cents per gallon!So these crafty politicians are trying to con a handful of Republican legislators into voting to extend Cap and Trade so it gives them “bi-partisan cover” when gas prices go up.

Sadly, lobbyists for “Big Oil, “Big Ag,” and “Big Business” have also been recruited to push for the extension of Cap and Trade. Why? These corporate interests think a Cap and Trade extension is something they can live with and it’s easier than fighting back.

Unfortunately, while Cap and Trade may work for these big corporations, it will be devastating to small or medium sized businesses, agricultural operations, or oil outfits who simply can’t afford to hire all the lawyers and consultants necessary to survive under Cap and Trade.

Nationally gas prices have recently fallen to under $2.00 per gallon, and yet, our California gas prices still average almost a dollar more per gallon. The extension of Cap and Trade will raise the price of gasoline in California even higher.

Oh, you may ask what Governor Brown and Democrat leaders will do with all the new money? Much of it will go to the greenhouse gas emitting High Speed Rail, because it already receives hundreds of millions of dollars every year from Cap and Trade revenues.

Has AB 32 along with Cap and Trade really cleared the air, reduced greenhouse gases, or had a real effect on global temperatures? Nope.

Worse, most people living under the federal poverty level in Fresno, Kern, Kings and Tulare counties already suffer from “energy poverty” – a distressing burden in which these families must use almost 30% of their meager income to pay for gasoline or electricity just to survive.

No amount of promised, future low-income housing credits or rebates will help people already suffering from energy poverty . . . or even keep the seas from rising.

Affordable energy and reliable, safe drinking water are the keys to building a strong California economy as well as lifting families out of poverty, so we can reduce our embarrassing 20% poverty rate. Sadly, California is stumbling in the other direction.

While I clearly have concerns about extending the Cap and Trade program, I would like to hear your thoughts. Please go to my website www.senate.ca.gov/vidak, click on “Survey” and let me know what you think.

You also might want to let Governor Brown and other legislators know what you think about the resulting gas price hike that will occur with the extension of Cap and Trade.