Is Republican-Lite a Winning Strategy? 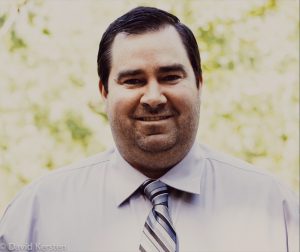 U.S. House Majority Leader Kevin McCarthy (R-Bakersfield), the highest ranking Republican leader in California, urged the California GOP to reject becoming “Republican Lite” at the party’s most recent Republican convention, according to a report by the LA Times.

“My advice to those Assembly members in Sacramento: You will not win a majority by thinking you’ll be Democrat-light. You will win the majority by showing the differences in the party,” McCarthy said.

McCarthy did not specifically name Assemblyman Chad Mayes (R-Yucca Valley) and the other Republicans who voted for an extension of the state’s cap-and-trade program earlier this year, but the connection was unmistakable.

McCarthy is perhaps the most skilled and politically savvy Republican politicians, particularly on the national stage, that California has produced in recent history. McCarthy is absolutely correct in his assessment and condemnation of “Republican Lite” as a viable political strategy and future direction for the California GOP.

As a newly registered member of the California Republican Party, I appreciate the vision and principles that both McCarthy and CA GOP chairman Sen. Jim Brulte (ret.) have championed in recent months and years as the future direction for the party as a viable and electable alternative to the California Democratic Party.

“Republican Lite” is a losing alternative because it lacks viable principles, vision, and a consistent and coherent “policy platform” to truly move the state forward.

In 2006, Governor Schwarzenegger signed AB 32 which was the state’s landmark greenhouse gas reduction program—commonly known as “cap and trade.”

The move alienated the California Republican Party, and most of the California business community because it essentially backtracked on many assurances for a more “business friendly” reform package, and pretty much gave the Democrats everything they were looking for in terms of a revenue-raising scheme designed to control “greenhouse” gas emissions.

AB 32, in effect, became Governor Schwarzenegger’s biggest policy victory and continues to be hailed as a landmark environmental victory by Democrats and their key constituencies.

In the spring of 2017, former Republican Leader Chad Mayes (R), and seven other California Republican lawmakers, borrowed a page out of Governor Schwarzenegger’s playbook and joined Governor Jerry Brown and California Democrat lawmakers to extend AB 32, which came in the form of a new cap and trade “energy taxation” scheme, that was in legal jeopardy and set to expire in a couple years.

Mayes and the other Republican lawmakers defended their vote as being the “right” thing to do, particularly in light of threats by Governor Brown and other California Democrats to enact far more stringent limitations, even higher taxes and fees, on greenhouse gas emissions if they did not pass the policy extension.

The decision to sack Mayes has been strongly criticized by the liberal mainstream media, some former GOP lawmakers, and other Democratic constituencies because Mayes “did the right thing” in supporting the Democrats’ new “cap and trade” energy taxation scheme.

The California GOP might as well sign its own “death warrant” if it starts accepting political advice from the same liberal and Democrat special interests who run California politics.

The biggest problem with “Republican Lite” is that it fails to adequately acknowledge and attack the biggest political “weaknesses” of the California Democratic Party—vast amounts of political “corruption,” “cronynism,” and wholly “unsustainable” increases in the state’s tax and regulatory burden.

The California GOP is not “dying at the box office,” according to then-Governor Arnold Schwarzenegger, because has chosen to stand up for its political principles—it has been declining because it has not been aggressive enough in doing so, particularly in key policy areas.

There is a place for acknowledging political and demographic realities on some issues such as “immigration” and “global warming,” but becoming “more like Democrats” will not win elections.

California Republican lawmakers actually need to become less like the California Democrats and the Democrat-run political establishment, and more like the CA GOP base that launched the “grassroots rebellion” against Mayes.

Chad Mayes and his allies in the California Legislature have become too complicit in the “hard-left, socialist, public employee union-sponsored,” policy agenda that has ruined the state’s business climate, created a “housing crisis,” failed our schools, and put California on the path to “bankruptcy.”

A majority of Californians may not like Trump, but the campaigns of both Trump and Bernie Sanders, prove that most California voters do want change, and not more “business as usual” in Sacramento.

A closer look at the California Democratic Party and its track record on the issues reveals that it is the epitome of “business as usual” in Sacramento, and everything that most voters distain and hate about politics.

Run on that, and the GOP can win again.

David Kersten is the president of the Kersten Institute for Governance and Public Policy—a Bay Area-based public policy think tank and consulting organization. Kersten is also an adjunct professor of public budgeting at the University of San Francisco.