Many California Republicans are excited about the federal GOP tax reform bill and anxious for tax relief, but others are warning about the negative impacts on individual taxpayers in high tax states like California and New York.

I spoke with California’s Congressman Tom McClintock this week to drill down into the corporate and personal aspects of the tax reform bill, to understand the nitty-gritty.

The bottom line for Rep. McClintock has to do with the personal income tax aspect: he says it needs to be removed from the bill until Congress can guarantee their plan will “Leave No Taxpayer Behind.”

Rather than send more people packing and moving out of California, Rep. McClintock says “considering the looming deadlines to enact the bill, the hyper-partisan political environment and the complexities of the tax code itself, personal income tax simplification should wait for another day.”

McClintock is drafting an amendment to the GOP tax bill to remove the personal income tax portion, and replace it with a flat 1% across-the-board tax reduction, so every taxpayer will enjoy some savings immediately. Then Congress can work on a specific bill next year solely for personal tax reform.

Additionally, as California’s Board of Equalization Chairwoman Diane Harkey explained in the Orange County Register, “Reductions in corporate tax rates and repatriation of offshore dollars are worthy goals that will stimulate job growth, but our politicians in D.C. seem to be getting lost in ideological warfare to prove that they are not robbing the poor. Transferring benefits to beleaguered states attempting to rekindle manufacturing jobs and allowing “refunds” for taxes that many did not pay is not tax reform.”

Boom. Both McClintock and Harkey are right. Elimination of the State and Local Tax deduction will harm the people of high-tax California, high-tax New York, high-tax New Jersey, and high-tax Illinois. 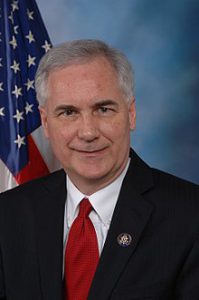 “In the last four national elections, Americans made it clear that we won’t accept the economic stagnation we’ve suffered during this past decade,” McClintock said. “Obama’s policies of higher taxes and greater regulatory burdens suppressed economic growth to a dismal 1 ½ percent annual average – about half the post-war growth rate of three percent.”

McClintock talked about former President Ronald Reagan’s outstanding economic expansions and annual growth of 3 ½ percent, achieved by reducing taxes and eliminating regulatory burdens, which serve only to hurt the economy.

“The Trump Administration has made significant progress on regulatory relief, as attested by rising wages, employment opportunities and consumer confidence.  But tax relief is vital to finish the job.”

McClintock said because of the hyper-partisan political environment and the complexities of the tax code itself, personal income tax simplification should wait for another day. “Congress should leave no taxpayer behind.”

“Governor Jerry Brown and his fellow liberal Democrats like to brag that California would have ‘the sixth largest economy in the world’ if it were its own country,” James Lacy and I wrote in our new book, “California’s War Against Donald Trump: Who Wins? Who Loses?” The claim “ignores California’s sky high cost of living and dependency on Silicon Valley’s role in the state’s economic growth. The state’s GDP drops several places when adjusted for cost of living. California also has “the highest poverty rate in the nation” when considering the U.S. Census Bureau’s Supplemental Poverty Measure.

“At 13.3%, California’s top marginal income tax rate seems drastic, especially when paired with the Obama administration’s top marginal tax rate of 39.6%. When combined, 52.9% is a lot of income tax to pay even for successful people,” we explain in our book.

“Congress should focus instead on the main objectives of tax reform: economic growth and tax relief for all families,” McClintock said. “This means leaving the current personal income tax structure in place while providing a permanent, uniform across-the-board reduction in the rates for all tax brackets.  Using the current budget framework, we could reduce tax brackets between one and 1.35 percent, saving average families between $600 and $800 a year.”

Harkey said she “believes that taxes are too high, people will spend their money more wisely than a government bureaucracy, and market principles of supply and demand really work when not crippled by government interventions distorting market forces.” 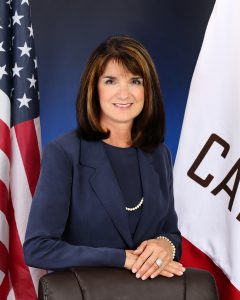 We know reducing taxes as a policy to improve the economy is surely not the view of California’s liberal Democrat leaders, who tax, and tax yet again. So we are looking to Washington to lead the way.

“The American corporate tax rate of 35 percent is the highest in the industrialized world,” McClintock said. And he acknowledged that special interest loopholes the politically connected use bring the average rate to 18.6 percent. “That’s precisely the problem: companies that haven’t gotten these breaks have fled the country – taking trillions of dollars and millions of American jobs overseas,” McClintock said. “By closing the loopholes and lowering the rate to an internationally competitive 20 percent, economists tell us we can add $5 trillion to the American economy over the next decade (averaging $40,000 per family).”

The disconnect on tax policy between the Trump administration and California’s liberal leaders is on inheritance taxes. During his campaign, Trump singled out the high 40% federal “death tax” as an example of a tax he intended to repeal. However, under legislation immediately introduced after the election by State Senator Scott Wiener, D-San Francisco, his ballot proposition will ask voters to approve an estate tax in California, if Trump is successful in repealing the federal tax. California does not currently have an estate tax, and the federal tax generated an estimated $4.5 billion in federal revenue just from California in 2015. If Wiener’s proposition passes, California would initiate its own inheritance tax with really no expressed rationale for doing so other than spite against Trump’s tax policies.

“The legislation that emerges from these deliberations will ultimately be judged by the prosperity it produces and the relief it brings to ALL American families,” McClintock added. “If it’s done right, the tax reform now taking shape in Congress can deliver that day.  If it’s done wrong, we will have squandered the most important chance the American people have given us to materially improve their lives.”