The Sacramento Taxpayers Association held its Fourth Annual GOLDEN FLEECE AWARDS at the STA Annual Dinner April 18, 2018.  Golden Fleece Awards are bestowed upon public officials, governmental agencies and organizations for their “wasteful, ridiculous, or ironic use of taxpayers’ money.” 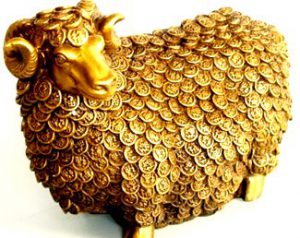 As the President of the Sacramento Taxpayers Association, I wanted us to carry the torch for the late U.S. Senator William Proxmire, a Democrat, who used to famously issue monthly Golden Fleece awards to public officials he believed were squandering public money. It is in his memory that we do the same. We started this tradition in 2015. I only wish we also could do it monthly.

So, let’s get right to this years’ nominees… and winners. 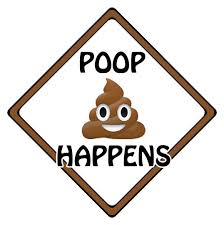 We start with an Honorable Mention:  The City of Sacramento for its Failure to Address Public Defecation in Sacramento –   Enough said. Apparently Poop happens.

We had a 3-Way Tie for 2nd runner up, with related housing issues:

“Winter Triage Center”- City of Sacramento.  With minimal notice to the impacted residents of the Woodlake neighborhood and North Sacramento, the City, with zero prior experience in running a homeless shelter, opened a “Winter Triage Center” on Railroad Dr.  It has no bathrooms, no showers, no heat, no kitchen, no trash facilities, and no facilities for pets or personal belongings.  It’s operating at a cost of $425,000 per month, over $2,000/mo. per resident.  The City promised the North Sacramento community that the shelter would be open for just 3 months. A few months later, it decided to keep it open indefinitely – at a huge increase in monthly rent.

“Housing First” Policies – Federal, State and Local Government.  Under the misguided Obama administration’s “Housing First” policies, no facilities that house the homeless can require its residents commit to sobriety, treatment or make any other effort to improve their own lives.  All government-funded homeless facilities are now “wet,” allowing drunk and drugged homeless to obtain free housing without precondition, completely undermining the programs.  Privately run homeless programs which do require a commitment to change – such as Sacramento’s St. John’s Center of Real Change that cares for women and children – have been defunded by federal and Sacramento County governments, putting their programs in peril.

Twin Rivers Public Housing Project – Sacramento Housing & Redevelopment Agency (SHRA).  SHRA is tearing down an existing public housing project on Richards Blvd. and building a replacement high density project with double the number of units.  It’s intended to be a “mixed income” project, with 50% homeless/public/subsidized housing and 50% market-rate housing.  The apartment units will cost an astronomical $636,000 per apartment.

1st Runner up.:    Sacramento Mayor Darrell Steinberg’s “Project Prosper” – Mayor Steinberg and the City of Sacramento.  The Mayor held a series of three public meetings earlier this year, dubbed “Project Prosper,” to ostensibly obtain public input on how Sacramento could “invest” more in Sacramento neighborhoods.  In fact, the effort was a thinly veiled PR effort to try to persuade Sacramento voters to not just permanently extend the expiring one-half percent Measure U “temporary” sales tax approved by voters six year ago, but to double the Measure U tax to a full one percent.

The Winner of the 2018 Golden Fleece Award:

The Ballot Initiative to Impose Strict Rent Control in the City of Sacramento supported by Democratic Socialists of Sacramento, Sacramento Housing Alliance, Tenants Together and Other Travelers.  A coalition of hard Left groups are seeking to qualify for the November general election ballot a measure that would amend the City of Sacramento’s charter to impose the most draconian rent control of any in the State of California.  Coupled with a statewide initiative effort to repeal the Costa-Hawkins law which limits rent control to older units, the proposed rent control initiative in Sacramento, if approved by voters, is certain to snuff out new construction of rental properties, reduce the rental housing stock and worsen our existing housing crisis.

It is important to note that SacTax sent all of this information out in a press release to all local and state media, of which not one responded… for the fourth year in a row.

Our keynote speaker was the esteemed Senator John Moorlach, R-Costa Mesa. Sen. Moorlach recently published the rankings for all of California’s 58 counties in (MOORLACH UPDATE — San Francisco County #56/57 — March 20, 2018 ). At our dinner, he spoke to the members and guests of SacTax about California’s 482 cities and the precarious fiscal cliffs most face, as well as the state’s wall of insurmountable debt and impending pension crisis.

Moorlach found 264 cities had a negative net position (not good), the amount of bills (liabilities) that elected lawmakers refuse to deal with, and have elected to push onto future taxpayers – our children and grandchildren.

The future of California is not looking rosy, as too many tax-paying Californian earners are leaving for lower tax, freer states. This does not bode well for California’s future any more, with the tone deaf Socialist-Communist-Democrats running everything in the state. And lest I forget to mention it, this is Jerry Brown’s California.

Thank you to Eye on Sacramento for providing the list of Golden Fleece Nominees.