Taking the ‘Boy’ Out of Boy Scouting

The headline should read, “Boy Scouts Welcome Girls In New Gender Neutral Scouts.” How hospitable. The announcement that the Boy Scouts of America will be dropping “Boy” from the name and admitting girls is sadly not surprising, but is extremely disappointing. 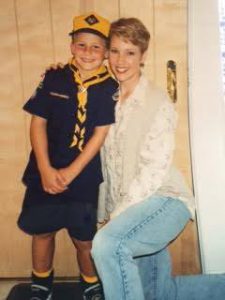 My son, now a toxically-masculine 29, was a Cub Scout, Webelo Scout, Life Scout, and third generation Eagle Scout. During his scouting years, we observed scouting changing with more moms getting involved, disallowing boys from being boys in many cases. In 2000, he changed boy scout troops shortly after graduating from Webelo Scout to Boy Scout in order to find a troop he felt met the true sense of “Boy” Scouting. He moved to Sacramento’s Troop 1, the oldest, continuous Boy Scout Unit west of the Mississippi River, started in 1916. He enjoyed Troop 1 for many years until he achieved Eagle Scout and graduated high school.

The vile left has destroyed another institution.

From banning rubber band guns and super soakers to rock throwing and rough play, the Boy Scouts of America caved in to the left and feminist demands to become a kindler, wimpier version – something women would approve of. Somewhere Robert Baden-Powell weeps. Baden-Powell was the author of Scouting for Boys, the inspiration for the Scout Movement, founder and first Chief Scout of The Boy Scouts Association, as well as the founder of the Girl Guides.

The Boy Scouts announced Wednesday the new name will be Scouts BSA, leading to widespread criticism over the gross political correctness undermining the Boy Scouts’ legacy.

But many say the Boy Scouts did it to themselves, particularly following their surrender to gay scout leaders. And then women started moving in to leadership positions. And where women move in to males organizations, they immediately start complaining about toxic masculinity – and all of the boys and men who behave so… manly.

Justification of this ridiculousness is that girl scouting doesn’t do all of the fun outdoor stuff the Boy Scouts do. They could, but finding female leaders who want to camp, fish, hike, hunt, burp, fart and shoot guns is a tall order.

I was a Girl Scout and left girl scouting for much the same reason. But I knew there were other girls’ troops who did do much of this fun stuff in other cities. But I didn’t set out to get even and join a Boy Scout Troop as the answer.

Women’s sports has much of the same problem; the boredom factor. Girls soccer, girls hockey, girls basketball, women’s golf… not nearly as exciting and physical as mens’ sports. I was an athlete and loved playing sports. But watching women’s sporting events… not so much.

In this feminist-dominated women’s world, can’t boys have one boys-only space? Why can’t women let men be men, and allow them to raise men?

Girl Scouting was destroyed by the left and has become an arm of Planned Parenthood… and is now just another Social Justice outfit. SJWs destroy everything they lay their hands on.

Don’t believe me? The core of the Girl Scout council is far left. “Some former Girl Scouts have parted ways with the organization because of brochures like one labeled, ‘How to Know You Are Ready for Sex,'” the American Thinker reported in 2012. “It’s a Planned Parenthood brochure with the Girl Scout logo on the back.  Others are appalled that Girl Scouts of the USA is a member organization of the World Association of Girl Guides and Girl Scouts (WAGGGS), which publicly advocates for abortion, contraceptives, sexual diversity, and “comprehensive” sexual education.”

Ironically, boys aren’t clamoring to join the Girl Scouts. But the camel’s nose is under the tent.

The nonsensical idea that men and women aren’t different is what has led to this. The left continues to push the notion that biology is gender fluid, which leads to women and girls demanding to be Boy Scouts, because girls can and should do everything boys do. Except women and men, and boys and girls are not interchangeable, and gender is not fluid. And women wearing Boy Scout uniforms is not natural, and is just plain ugly.

If the Boy Scouts has surrendered to the feminists, then they must suffer the consequences. Parents who still believe in boys and girls will find alternatives. But this is a tragic commentary on American institutions, which are allowing a small minority of the population to terrorize the rest of us.

And in the real world, boys will still make sticks and Legos into guns, and girls will choose dolls and play house – regardless of how feminists and the LGBT community and the media try to push their twaddle on the rest of us.

As with nearly every other male institution in which women have demanded equal rights, the Eagle Scout requirements will undoubtedly be watered down for the girls to a level playing field where everyone earns Eagle Scout rank. And then scouting will truly be meaningless.

On my honor, I will do my best
To do my duty to God and my country and to obey the Scout Law;
To help other people at all times;
To keep myself physically strong, mentally awake and morally straight.