If there isn’t enough anger already directed at abusive Catholic Priests and Bishops over the sexual abuse and cover-up scandals, yet another high ranking elitist Bishop has inflamed the already brittle Catholic laity by choosing to retire to a multi-million dollar home, instead of unpretentious rectory housing as his more humble brethren choose.

If that is not scandalous enough, the San Jose Bishop Patrick J. McGrath, who planned on retiring and moving into a $2.3 million Silicon Valley home, is the same controversial Bishop who told practicing homosexuals in 2017 that they will not be refused Holy Communion or a Christian burial in his diocese, as long as they request them in “good faith.” 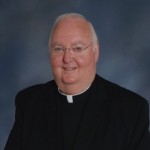 “McGrath has championed Pope Francis’ vision for an ‘inclusive’ and ‘diverse’ Church where a new understanding of “mercy” has been used to encourage pastoral practices that are sometimes at odds with clear Catholic doctrine,” LifeSiteNews.comreported.

The San Jose Diocese’s website hosts and boasts a “Catholic LGBT Ministry” that offers a monthly Mass for LGBT Catholics.” Earlier this year the diocese’s Catholic paper ran a piece claiming Jesus would have marched in the pro-abortion Women’s March because the “values of the March aligned particularly well with Catholic Social Teaching.” Last year McGrath released a statement on voting in the U.S. federal election that equated the moral weight of abortion, environmentalism, and immigration, LifeSiteNews.com reported.

“It won’t be easy to change hundreds of years of Church’s doctrine but this could be a first step,” a KPIX reporter said in a video on the diocese website about the diocese “All Are Welcome” Mass for LGBT Catholics.

Demonstrating unbridled hypocrisy, in a statement last week about the Grand Jury report of sexual abuse of minors in six Pennsylvania dioceses,McGrath said:

“As I have stated on many occasions, we – the Church and its ministers – must abide by a higher standard.  We are called to protect and keep safe children, the young and all vulnerable persons.  There can be no short-cuts, nothing that can excuse immoral and sinful acts.”

Fox News reported, “The Catholic Diocese of San Jose purchased a five-bedroom, $2.3 million home in Silicon Valley for its retiring bishop despite the 640,000-member diocese’s mission of charity and serving the poor.

Bishop Patrick J. McGrath, 73, acknowledged in an interview with the Mercury News of San Jose that the price tag is “a lot of money,” saying “I could understand” it might not sit well with some parishioners.”

Bishop Patrick J. McGrath, should be required to live out his days feeding, washing and caring for the homeless masses in the San Francisco Bay Area – not living in luxury in a multi-million dollar home like a millionaire. Even Pope Francis said, “I would like these religious men and women, Christians, some bishop or some religious congregation to strip themselves more [of riches] for their brothers and their sisters.”

Taking a lot of heat for the outrageous $2.3 million luxury home purchase, Bishop  McGrath announced he “erred in judgment” (got caught) when he bought the five-bedroom home using the Diocese of San Jose’s money, and won’t move there after all when he retires, the San Jose Mercury News reported later the same day. “McGrath said he plans instead to live in a rectory at one of the diocese’s parishes.”

Far too many of the leadership of the Catholic Church appear to be as tone deaf as career politicians and lifelong bureaucrats. As for Bishop Patrick J. McGrath, he appears to have lost his way on many issues.