Since 2006, the FlashReport has presented for your viewing displeasure the worst pieces of legislation sitting on the governor’s desk. Of course, there are a great many bills on the governor’s desk – most of them worthy of a veto. Thus the task of trying to cull through those bills and single out just the twenty worst is not easy. This year’s list comes to us courtesy of both State Senator John Moorlach and Assemblywoman Melissa Melendez. I will add that this session in particular was over-the-top with noxious legislation, and limiting this list to twenty bills was no easy task. – Flash

The FlashReport Top 20 Bills Worthy Of The Governor’s Veto 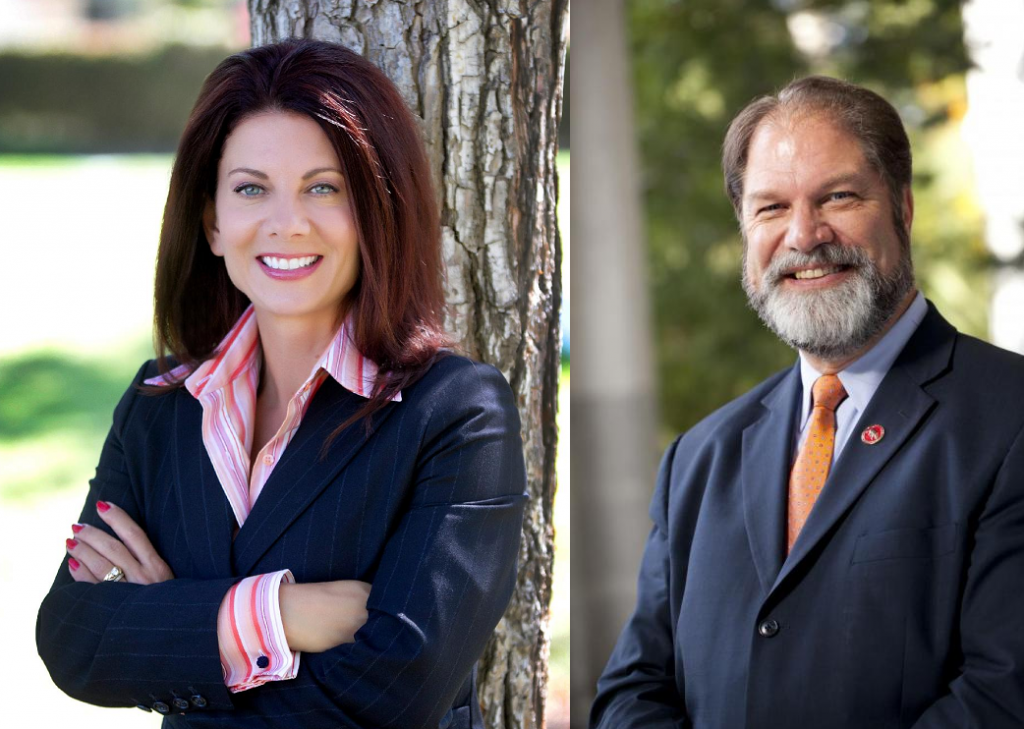 As compiled and described by Assemblywoman Melissa Melendez and State Senator John Moorlach.

California has critical managerial and spending problems which the legislature continues to ignore. However, Sacramento continues to produce bills that don’t solve the pressing fiscal concerns facing this state. Here are 20 bills, in alpha-numerical order, which we believe the Governor should veto (and, yes, we could provide you with 20-plus more). His denial of implementing these proposed laws would show Californians that he’s serious about leaving a significant legacy after serving 16 years as governor.

1) AB 186 (Eggman) Effectively legalizes the use of illegal, injectable narcotics by authorizing sanctuaries for “safer drug consumption programs” as “overdose prevention programs” within the City and County of San Francisco. Permits supervised injection services for adults who can then consume pre-obtained drugs, use sterile consumption supplies, and obtain referrals to addiction treatment. But, assisting is condoning.

3) AB 1231 (Weber) Provides for automatic salary increases of 5% for each support staff employee of the California State University after completion of the first year in a position and each year thereafter if the employee meets the standards for satisfactory job performance. This sidesteps collective bargaining and mandates that these salary increases be included within current and future collective bargaining agreements. So much for the overused “meet and confer” argument and trying to prevent tuition increases.

4) AB 1884 (Calderon) The plastic straw ban. Would prohibit a facility where food may be consumed on the premises from providing single-use plastic straws unless requested by the consumer. Fining food servers for prematurely giving plastic straws?

5) AB 1947 (Low) Bans the practice of paying petition circulators per signature by making it a criminal offense to pay initiative, referendum, or recall petition circulators based on the number of voter signatures obtained. Makes proponents liable for a fine of up to $25,000, or a year in jail, or both. When did paying commissions become a crime?

6) AB 2361 (Weber) Requires the Regents of the University of California to record and publicly report specified information about service work performed by a contractor pursuant to an outsource contract, including employee pay and benefit information. Disqualifies contractors who fail to provide this information, or who provide false information, from bidding on any UC contract for two years. UC management believes this hamstringing mandate will increase its operating costs by $26-$75 million per year over the next three years. Why do this to a system that has an unrestricted net deficit between $19 and $38 billion? Can you say “tuition increases”?

7) AB 2601 (Weber) Adds charter schools to the list of schools that must provide instruction on comprehensive sexual health and HIV prevention. Really? What about focusing on the three R’s?

8) AB 3034 (Low) Makes supervisory employee units of the San Francisco BART District subject to the Meyers-Milias-Brown Act, which generally governs collective bargaining for local governments. That would allow unfair labor practice charges to be filed at the union-friendly Public Employment Relations Board, rather than in Superior Court. Can you say “Who’s your Daddy?” The public employee union stranglehold continues to get tighter with each passing year, as BART management did not make this request and opposes it.

9) AB 3080 (Gonzalez Fletcher) Significantly expands employment litigation and will increase costs for employers and employees by banning settlement agreements for labor and employment claims, as well as arbitration agreements made voluntarily as a condition of employment. It would likely be preempted under the Federal Arbitration Act, thereby delaying the resolution of claims. Banning such agreements benefits the trial attorneys, not the employer or employee.

10) SB 174 (Lara) Provides that a person, regardless of citizenship or immigration status, is eligible to hold an appointed civil office if the person is 18 years of age and a resident of the state, and may receive any form of compensation associated with carrying out the duties of that office that the person is not otherwise prohibited from receiving pursuant to federal law. So much for “citizen” involvement.

11) SB 320 (Leyva) Requires certain public university student health centers to offer abortion by medication techniques. The College Student Health Center Sexual and Reproductive Health Preparation Fund will be established to solicit at least $9,600,000 in private funds by January 1, 2019 to theoretically cover the costs of this mandate. This, again, forces taxpayers with a different perspective to condone behavior that they disagree with.

12) SB 328 (Portantino) Prohibits middle schools and high schools (including charter schools) from beginning their school day before 8:30 a.m. Provides an exception for rural school districts. But, this is a local control issue. School district boards can determine the start times that their constituencies wish.

13) SB 822 (Wiener) Imposes net neutrality rules recently repealed by the Federal Communications Commission on internet service providers. However, the requirements go much further than no blocking, no throttling, and no paid prioritization. The World Wide Web should not be regulated by a patchwork of state governments. Period. Under the U.S. Constitution’s Interstate Commerce Clause, the federal government and Congress have this under control and can and will regulate as necessary. Hopefully, such actions will be as little as possible, so we don’t lose the freedom of the web.

14) SB 826 (Jackson) Imposes gender-based quotas on boards of directors for private California-based corporations. Requires a minimum of one female on the board by the end of 2019. Increases the minimum number to two female directors if the corporation has five authorized directors or to three female directors if there are six or more authorized directors by the end of 2021. “Female” means an individual who self-identifies her gender as a woman, without regard to the individual’s designated sex at birth. And the author said with a straight face, “It’s not a quota.” California’s corporations should benefit from the value of women directors because they want to, not because they have to.

15) SB 835 & SB 836 (Glazer) Bans all smoking, including e-cigarettes in “state park units.” Includes all parks, public campgrounds, state coastal beaches, monument sites, landmark sites, and sites of historical interest established or acquired by the state. Would require posted signs and possible designated areas exempt from the ban. Isn’t allowing drug addicts to shoot up in the middle of San Francisco, but not using tobacco (which is legal) in state parks and beaches going too far?

16) SB 964 (Allen) Requires CalPERS and CalSTRS to publicly report on the climate-related financial risks in their portfolios, along with an analysis on how their funds align with the Paris climate agreement and California’s climate policy goals. Legislatively mandated divestment or investment micro-management imposed on pension system Chief Investment Officers is unacceptable. Smart money invests for value, not the politically mandated fad of the day, which is usually a money loser (something these two systems do not need at this dire point in their history).

17) SB 1014 (Skinner) Basically requires Uber and Lyft drivers to purchase zero-emission vehicles. Again, one wildfire wipes out all gains from GHG cuts. But yes, regulate Uber & Lyft cars because all their drivers can afford zero-emission vehicles. Besides, they might be out of jobs anyway if these companies have to designate them as employees.

18) SB 1085 (Skinner) Requires public employers to grant a leave of absence to their employees to participate in union activities without loss of compensation or benefits. Guess who is bitter about the U.S. Supreme Court’s Janus decision?

19) SB 1100 (Portantino) Raises the age to purchase all legal firearms from 18 to 21. Californians are already barred from purchasing handguns until age 21. Why postpone yet another constitutional right based on age? Go defend your country in war at 18, but not your family when you return?

20) SB 1172 (Beall) Exempts the High-Speed Rail Authority’s property acquisitions, plans, and construction contracts from oversight by the State Public Works Board, Department of General Services, and Department of Finance. Eliminates review and approval steps to accelerate the timeline for obtaining property appraisals, initiating eminent domain proceedings, and starting construction. Less oversight for a boondoggle? How tone deaf does the Authority get?