If you think the constant bickering coming from our political leaders is disconcerting and the communication on our social media dips to levels that have never been seen in our history, you haven’t a clue. Travel to foreign countries — particularly ones that may be economically challenged — and you really will confirm that we may have collectively lost our minds. 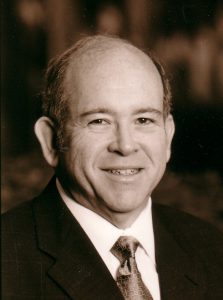 Those of you who have read this column for a while may recall that directly following tax season is when the Beautiful Wife (BW) and I hightail it to some foreign lands. Thankfully we lock up our smartphones so that we can have a true vacation instead of staring at the small screens in restaurants (and everywhere else) like the rest of the population. That disease has become worldwide. We don’t completely become detached because of tending to client needs, keeping up with the mayhem back home and, of course, checking sport scores because baseball is being played, the NBA and NHL are in playoffs and assorted other sports like the debacle that happened at the Kentucky Derby this year.

The big question going on while we were gone was whether we are in a “Constitutional Crisis.” We picked up a copy of the New York Times just to antagonize ourselves while getting on an airplane. The press was so interested in whipping people into a fervor that they had a front-page opinion piece by a regular opinion columnist, Michelle Goldberg, telling Congress if we really are in a crisis, they should proceed dealing with it. What’s to wait for? The front page? Really you needed to whip people into such a frenzy you could not wait and print it on the opinion page?

To best understand how inordinate this reaction is, one needs to read the analysis by Michael McConnell, https://www.nationalreview.com/2019/05/william-barr-vs-eric-holder-a-tale-of-two-attorneys- general/?utm_source=Sailthru&utm_medium=email&utm_campaign=NR%20Daily%20Monday%20through%20Friday%202019-05-10&utm_term=NRDaily-Smart

Reading the comparison between the Barr and Holder episodes by a knowledgeable expert allows you to gain clarity on the reactionary nature of the current situation.

One story that caught the BW’s attention was about a teacher who had to pay for her own substitute due to battling breast cancer which caused her to have an extended break. Of course, who’s fault was this? Trump’s. At least that is what a relative of the BW posted on Facebook. The relative was not the only one – Brad Garrett, the comedian of Everybody Loves Raymond fame — also attacked Trump because of the teacher’s challenges. Fortunately, an array of people educated Garrett that the law controlling this has been in place since 1976 in a state where the teacher’s unions own the legislature.

This was all going on while we were visiting in particular two countries – Vietnam and Cambodia. Vietnam’s per capita GDP is one-eighth of the United States and Cambodia is one-fifteenth. Not only are these countries relatively poorer than the U.S., they are noticeably devoid of the First Amendment. Often our guides and others stopped themselves from answering questions we asked because they were afraid to openly criticize their governments. Each time we stopped and told them that in our country people can say whatever they want about our president or our government and as long as they were not making physical threats no one could stop them. In fact, you could get in trouble if you tried.

The locals often spoke of corruption by the government. In Vietnam, they shut down some toll booths on a highway because all the money was disappearing so they stopped collecting it. We told people that though we always have a case of corruption here or there, even in Congress, that the level of government corruption is miniscule. Could you imagine trying to bribe a state trooper in the United States? I could not. But we have in foreign countries.

Often times we don’t know how great we have it here. Some don’t know it at all. You want to understand how wonderful it is to be an American then have a prolonged discussion with a legal immigrant — especially one who has obtained their American citizenship. To summarize their thinking, they believe we are nuts if we don’t understand the miracle of America. They know what the other picture is like.

I recently had lunch with a client who grew up in Bulgaria. Talk to him about socialism. He lived it and believe me he has zero desire to live it again.

The BW received this note from one of our Vietnamese guides. He wrote “I had a blast with you, thank you for being so nice and honest to me, somehow you made me feel like we’re so close like family members. I love my job more when I meet people like you guys. I hope you and Bruce can take a good care of yourself and always be happy, health is the most important thing. I’ll hit you up if I ever go to America. Still holding that American dream. “

We hear sentiments like this wherever we go around the world. All of us are the fortunate few who live the American Dream every day. Soak it up this 4th of July. Count your blessings. God Bless America.