Publisher’s Note: Every year after the end of legislative session the FlashReport works with one or two legislators to publish a list of the worst of the bad bills passed by Senate and Assembly, and sent to the Governor for consideration. This last legislative session was, predictably, not a good one for those who embrace the ideas of liberty and freedom – and who embrace the concepts of individual liberty and individual responsibility. This year we are excited to again work with conservative State Senator John Moorlach as we present to you a Baker’s Dozen, or 13, of the worst pieces of legislation to make it to the Governor. As of publication he has already vetoed one, SB 1, and signed one, AB5. When he is done we will publish a recap of what did or did not become law from the list. — Flash

SB 1 (Atkins, Portantino & Stern) – California Doesn’t Care What Federal Environmental Law Says: This bill is a partisan missile thrown at the Trump Administration for clearing up a mess of convoluted and conflicting federal environmental laws made worse by a patchwork of presidential executive orders and Supreme Court rulings over the last several decades. It turns out that top Congressional Democrats felt like the California Legislature was overreaching and asked that the bill not go forward because it would have hindered a lot of good work on water projects desperately needed throughout the state.

AB 5 (Gonzalez) – Lose/Lose for Workers & Businesses: I’ve written a lot over the years about the distinct differences between a legitimate employee and a contractor. The rules were fairly clear until a California company decided to abuse the law and its workforce. Instead of the California Supreme Court rendering a judgment on a specific company, it produced a terrible precedent upon every other company in the state. This bill codifies a poor ruling in an aggressive move to unionize more employees and punish businesses who legitimately and logically retain independent contractors, thus all the carve-outs in the bill. I predict devastating impacts upon our small businesses and gig economy with a lot of legislative fixes next year as the reality of this bill catches up with the theory.

SB 24 (Leyva) – A Political Hot Potato California Public Universities Didn’t Request: Neither the University of California nor California State University asked for this bill. No other states require their universities to provide medical abortions in student health centers. The state is replete with abortion providers, many near our college campuses. Perhaps our Legislature should be encouraging our colleges to focus on educating students, rather than engaging in controversial health issues. 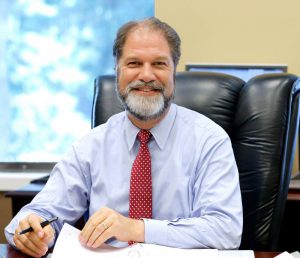 AB 44 (Friedman) – Banning Fur; What’s Next? There is no unique circumstance to the fur-producing industry that doesn’t already apply to other animal-based commodities, making it unclear why the state should ban fur exclusively. If people don’t like fur-based products, the marketplace will signal as such and an alternative will readily take its place. The state should not be in the business of killing businesses it disagrees with.

AB 48 (O’Donnell) – We Are At Debt Capacity! California’s Unrestricted Net Deficit grew by $43.8 billion in the last year alone, from $169.5 to $213.3 billion (a 25 percent increase!). If it were not for New Jersey, the Golden State would have the largest deficit of all the 50 states. California needs to improve its balance sheet before it takes on more bond debt, regardless of how noble the cause for the bond proceeds. With rising pension costs, a volatile income tax system, and a potential recession on the horizon, adding more than $700 million in new annual debt payments to the state’s general fund budget may result in additional requests for more taxes and/or significant budget cuts in future years. When California has a supposed budget surplus this year, more debt and taxes make no sense.

SB 113 (Committee on Budget) – Stolen Housing Assistance: The state should not take money legally obtained and intended for one purpose and then spend it on a different purpose. That’s what happened when the Legislature repeatedly took court-awarded money from Californians hit by the housing crisis after waiting seven years to get the help they deserved. This bill continues to delay the assistance of $331 million in relief to struggling homeowners, jeopardizing the intent of the settlement.

SB 276 (Pan) & SB 714 (Pan) – Bureaucratizing Vaccines: Both these bills are not about fully vaccinating everyone in our public schools, because if they were, then the legislation would go beyond students and require that all teachers, administratiors and classified staff be vaccinated and have updated boosters, which it does not. Rather, these bills chill the doctor/patient relationship and replace it with a bureaucratic board mandated to make critical, yet uninformed, health decisions for medically fragile children.

SB 328 (Portantino) – Late Delays at Ridgemont High: In addition to further regulations on charter schools, mandating later start times for public high schools would be a killer on the working family. It’s already difficult enough as it is to coordinate school drop-off times. For school districts that desire later start times, let them make that decision and be held accountable by the local citizens.

SB 696 (Umberg) – Disingenuous Disenfranchisement Act of 2019: This bill would effectively ban California’s third-largest political party from the ballot. The American Independent Party has been recognized and qualified in California since 1968. With more than 518,000 registered voters, forcing an established political party to change its name and forfeit its longstanding identity with the voting public would clearly impose a severe burden on its constitutional rights. Banning a political party’s chosen name is a drastic remedy for the alleged ignorance of some voters, who can easily re-register themselves, if they so wish, up to and including on the day of the election.

AB 857 (Chiu & Santiago) – A Slightly Better Bad Banking Idea: Given the great expense of starting public banks, it will likely prove to be far too expensive for any local government to undertake. I know this because I tried to do it while serving as Orange County’s Treasurer-Tax Collector. The difficulties and expenses of creating a public bank would prove a futile and potentially expensive failure if seriously undertaken.

AB 1290 (Atkins) – Project Labor Agreements Über Alles: One of the legislature’s favorite parlor games – gutting and amending bills at the end of session and circumventing a fair public review process – turns out to also thwart the will of local San Diego voters after they supported Proposition A. This legislation usurps San Diego voters’ desire to have union and non-union workers get an equal shot at work on city-funded projects.

AB 1482 (Chiu, Bloom, Bonta, Grayson & Wicks) – Ignoring the Voters to Get a Rent Cap: Just last year, California voters overwhelmingly rejected Proposition 10, which would have allowed local jurisdictions to enact rent control ordinances in a supposed effort to help prevent further homelessness, with over 59% of the voters opposing the proposition. Given the strong disfavor for this policy, it seems highly irregular for the Legislature to then adopt this policy, thus ignoring the will of the voters.

AB 1505 (O’Donnell, Bonta, McCarty & Smith) & AB 1507 (Smith, McCarty, & O’Donnell) – Edging Toward Charter School Elimination: These bills effectively impose a moratorium on charter schools and limit the number and locations of resource centers that a charter school may operate, anticipating their total elimination in California. Neither bill makes any sense to anyone, except those who wish to eliminate charter schools as competition to the incumbent monopoly of traditional public schools over a blended learning or personalized learning environment.