For the past 27 years, Rep. Lucille Roybal-Allard has ruled over California’s 40th District in a seat that was held by her father, Rep. Edward Roybal, for 30 years before her. But while the father-daughter combo has enjoyed the perks of power for 60 years, it’s Roybal-Allard’s son Ricardo Olivarez who might be the biggest beneficiary of the family’s hold on power.

Olivarez heads the law firm of Olivarez Madruga LLP, through which he currently serves as the city attorney for Cudahy (which is inside his mother’s district), as well as San Fernando and El Monte. His billing for work in El Monte during the last calendar year, 2019, included a monthly retainer of nearly $60,000 a month, totaling more than a whopping $705,000 for the year. 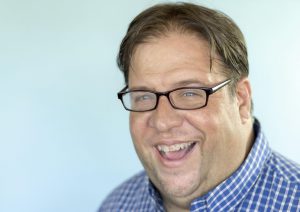 According to a 2014 article in the Whittier Daily News the industry average for public attorneys is to charge client cities and organizations $10,000 to $20,000 per month. Thus, his billing of El Monte is staggeringly large.

But the gravy train doesn’t end there: he also charged the small city of 120,000 residents more than $862,000 in additional fees for the actual work his firm performed, bringing the grand total charged to the working-class city’s taxpayers to nearly $1.6 million.

The extremely large amount charged for his El Monte work parallels the excessively high amounts he charged the state’s Central Water Basin Municipal Water District – nearly $750,000 for 15 months’ work – and led to his resigning in 2014 when the Basin’s board of directors voted unanimously to replace him in order to save on the legal costs.

According to the article, Aragon said the district’s new attorney will be paid a flat retainer, instead of at an hourly rate.

That’s an awful lot of waiting around for the phone to ring. And as mentioned, the specific billing far outstrips even the large retainer.

So what exactly is going on here?

But the questions don’t stop there.

Olivarez’s law firm donated $10,600 to his mother’s congressional campaign so far in the 2020 election cycle. That amount makes the firm the top Campaign Committee donor to Rep. Lucille Roybal-Allard and third largest contributor overall when Leadership PAC donations are factored in as well.

It’s this kind of patronage that not only drains public coffers and enriches people like Olivarez off the backs of hard-working taxpayers, but also leads the common people who rely on representatives like Lucille Roybal-Allard to distrust the government anywhere corruption occurs.

But worse than that, they may be endangering the people of Cudahy that they’re supposed to represent.

When Delta Air Lines had to have one of its jets make an emergency fuel dump on January 14 as preparation for an emergency landing, the plane dumped more than 15,000 gallons of fuel – 85,000 pounds’ worth – across the 40th District. In Cudahy alone, Park Avenue Elementary School having 20 students and 11 teachers were treated for chemical exposure.

Hundreds of irate residents attended a January 17 town hall meeting in the hopes of getting justice for being subjected to this environmental abuse. One person who wasn’t in attendance was Roybal-Allard.

A look at Roybal-Allard’s campaign contributors provides another set of interesting facts. Her 2020 re-election campaign has drawn $7500 in donations from Delta, despite the fact that she doesn’t even serve on the U.S. House’s Aviation Subcommittee and she doesn’t represent the area that includes LAX. It’s also the only airline on her list of top 100 donors.

That amount was 50 percent more than the $5000 Delta paid her in 2018. One can also find that the National Air Traffic Controllers Association donated $10,000 to the campaign – placing it in the top 10 contributors to Rep. Roybal-Allard’s re-election despite the fact that she, again, doesn’t have any direct dealings with the aviation industry or LAX.

Both Delta and the National Air Traffic Controllers Association declined comment when asked about why these large donations occurred.

Then take into consideration that the City of Cudahy did not file a lawsuit against Delta despite the extensive environmental risks the airline subjected its residents to. Famed attorney Gloria Allred is leading a private lawsuit against Delta by four of the endangered teachers from Park Avenue Elementary.

So why isn’t the city’s attorney, Ricardo Olivarez, looking out for the rest of the city’s residents?

Could it be his mother’s ties to Delta and the air traffic controllers? Could it be that she’s collecting donations from the two donors and then asking her son to look the other way over the Delta fuel dump?

The people of the 40th District deserve answers to all of these questions.

Carl Kozlowski was the arts editor and a features reporter at the Pasadena Weekly from 2002-2019. He has also written for the Los Angeles Times, Chicago Tribune, GQ and Esquire.