McClintock on the Ballot Propositions

Proposition 14 – Brewster’s Billions: NO. “Brewster’s Millions” tells the story of a fictional character in 1902, who, in order to inherit $7 million, must first spend $1 million in a year and have nothing to show for it. In 2004, California voters were convinced to spend $3 billion on Stem Cell research – or about $260 (plus interest) for every family in California. A recent report found that $2.1 billion went to beneficiaries with links to the board that doles out the money. That money is now all but spent, with nothing to show for it. So, they’re back with another bond, this one for $5.5 billion (about $478 per family). This is amusing only as fiction. 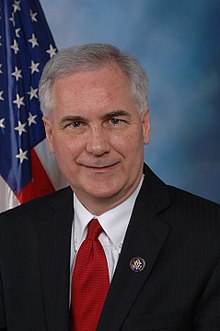 Proposition 15 – How Not to Succeed in Business: NO. From the “How Tone Deaf Can They Be” file comes this proposal to reassess businesses annually in order to hike their property taxes. That’s because the state-ordered lockdowns, the arrests of shopkeepers trying to keep their businesses going, combined with California’s highest-in-the-country income and sales taxes and anti-business regulations, have left California’s small businesses flush with cash. It is still possible to build a successful small business in California, as long as you start with a successful large one. And remember, businesses don’t pay taxes: YOU pay business taxes, as a consumer through higher prices, as an employee through lower wages or as an investor through lower earnings (think 401k).

Proposition 16 – Judging People by the Color of their Skin and Not the Content of the Character: NO. In the Parents Involved Case of 2007, Chief Justice Roberts noted that “The way to stop discrimination on the basis of race is to stop discriminating on the basis of race.” California voters had come to the same conclusion when they passed Proposition 209 in 1996, which forbids state government from discriminating or giving preferential treatment “on the basis of race, sex, color, ethnicity or national origin in public employment, public education, and public contracting.” Prop 16 repeals this civil rights protection for all Californians and opens a new era of official discrimination based on race.

Proposition 17 – Bank Robbers for Biden: NO. If there were any doubt of the Democrats’ contempt for the electorate, this should dispel it. This bill gives felons on parole the right to vote. Enough said.

Proposition 18 – High School Voters: NO. Wait, there’s more! Here’s a proposal to give 17-year-olds the right to vote in primary and special elections. Democrats are counting on their good judgment, experience and common sense to counter the influence of their nagging, annoying and totally unreasonable parents.

Proposition 19 – Fire Sale: NO. Right now, parents can leave the family home to their family without a crippling property tax hike. This bill ends that exemption, purportedly to add more money for firefighting. It’s a good bet that more family homes will be lost in fire sales than in fires.

Proposition 20 – A Step Back from the Abyss: YES. Long version: This measure repairs some of the damage of Jerry Brown era laws that have made California less safe. It increases penalties for many theft and fraud crimes that Brown reduced to misdemeanors, requires convicts to submit DNA for state and federal databases and restores the ability of parole boards to keep dangerous prisoners behind bars. Short version: Jerry Brown opposes it.

Proposition 21 – Rent Control with Nothing to Rent: NO. There’s an old soviet-era saying, “What good is a free bus ticket in a city with no buses?” The same is true of rent. Rent controls are very effective at drying up the supply of rental housing in any community where they’re imposed. Those currently renting do very well, but they hold on to their old apartments and landlords stop building new ones. Presto: nothing to rent – but at a very affordable price.

Proposition 22 – Let My Uber Go: YES. One of the worst bills ever enacted by the California legislature (and that says a lot) is AB 5, that essentially ended independent contracting in California. This measure exempts app-based drivers, meaning independent contractors put out of work by AB 5 can still take an Uber to a free state.

Proposition 23 — Bringing Venezuelan Heath Care to Dialysis Patients: NO. Two years ago, SEIU tried to impose price controls on dialysis. They lost and are back with this measure that imposes onerous and expensive requirements to have physicians on duty at dialysis clinics and prohibiting them from going out of business without state approval. This will help dialysis patients by assuring higher prices and will help encourage new clinics to open by forbidding them ever to close. Makes perfect sense.

Proposition 24 – When in Doubt, Don’t: NO. This measure purports to expand consumer privacy, but the Electronic Frontier Foundation, a consumer privacy group, calls it “a mixed bag of partial steps backwards and forwards.” Here’s what is crystal clear: it will unleash a new regulatory agency with vast powers to prosecute businesses that run afoul of the increasingly intricate consumer privacy laws in California. Another nail in the coffin of the once “Golden State.”

Proposition 25 – Catch and Release: NO. When suspects are arrested, they’re jailed until posting bail to assure they show up for trial. Surprisingly, many suspects don’t want to; go figure. Jerry Brown and the lunatic legislature did away with this process in 2018, replacing cash bail with “risk assessments.” This law was temporarily suspended pending this referendum, but the leftist Judicial Council did away with bail for most crimes during the COVID scare, resulting in the arrest, immediate release and subsequent re-arrests of criminal suspects the same day for different crimes. A NO vote would repeal this insane law.