I’m not a big “L” Libertarian, but like many Californians, I agree with the libertarian belief that less government interference in daily life is better, especially when it comes to the role of law enforcement in society.

If you want less friction between the public and the police, you should let the cops focus on real crime. Turning them into the enforcers of heavy-handed nanny state edicts will do nothing but maximize negative interactions at a time when the temperature in the room is already high enough. 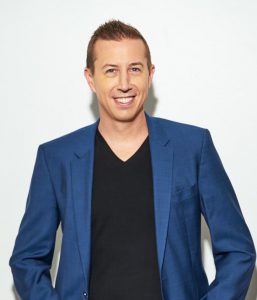 Which is why Congressman Harley Rouda (D-Laguna Beach) has all the wrong ideas about law enforcement.

In May, California Governor Gavin Newsom decided to shut down state beaches, including those in Rouda’s coastal Orange County district, despite scant evidence that the sun, the breeze and the “social distancing” inherent in beach-going would lead to a spike in COVID-19 hospitalizations or death.

You could consider it a ‘#DefundTheLifeguards’ campaign, if you will.

The response to Gavin Newsom’s COVID-19 lockdown wasn’t exactly a day at the beach.

City leaders in Dana Point and Huntington Beach voted to approve filing for an injunction to block Newsom’s directive and Orange County Sheriff Don Barnes called a news conference to say, “from an enforcement component, I have no desire to enforce any aspect of that through arrest.”

But they were Republicans — which meant Newsom didn’t have to pay attention to them.

Rouda, a Democrat, could have theoretically talked Newsom out of the beach closures, but instead, tweeted that opening the beaches would be “reckless”, and was promptly caught that same weekend partying it up on a private beach.

Rouda’s hypocrisy didn’t go unnoticed among California’s locked-down sun, surf, and sand loving public. After he was called out, boy was his face red. It’s called sunscreen, Congressman.
When public beaches finally started reopening for the rest of us, Rouda supported Newsom’s plan for limited hours, no sun-bathing and closed parking lots.

But get this, at the same time that he wanted law enforcement to harass wake boarders and children playing in the water, Rouda was more than happy to jump into bed with multiple organizations who want to defund the police!

Rouda was photographed demonstrating with Black Lives Matter protesters outside the Huntington Beach Police Department after the death of George Floyd in Minnesota, as if they had anything to do with it.

On their official website BLM states, “we call for a national defunding of police. We demand investment in our communities and the resources to ensure Black people not only survive, but thrive.”

Rouda also proudly accepted the endorsement of the Indivisible Project, a left-wing group that pushes its members to “call your local officials and tell them to defund your local police department.”

When he was endorsed by the group in 2018, Rouda called it a “great honor” and praised them for their “grassroots fundraising and support.”

In a statement to the Register, Rouda’s campaign said that while he doesn’t personally support defunding the police, he has no problem accepting the endorsements of, and marching with groups that do.

“[I’m] proud to have a broad coalition of supporters representing every corner of California’s 48th district, including the U.S. Chamber of Commerce and Indivisible,” the statement read.

That explanation may be a hard sell in Rouda’s suburban district, as a Pew Research survey conducted in late July found that a huge majority of Americans disagree with defunding police. In fact, more people want to increase local police spending than lower it, with 31 percent in favor of increases, 42 percent saying that it should stay the same, and only 25 percent supporting cuts.

Next election day Rouda could find out that taking to the streets to protest the public safety professionals who protect his constituents with groups who want them defunded doesn’t play in the OC. Especially when he wants those same officers to be the sand castle patrol.

If voters ride this Harley straight out of town in November, the lesson may be — payback is a beach.