This week I announced I’ll be the first 100 percent citizen-backed California Legislator. Specifically, I am declining all contributions from the “Third House.” That’s the term for the Special Interest lobbyists, with offices encircling the Capitol, that account for the vast majority of political funding in California. 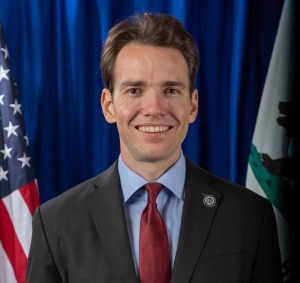 The Third House is the Swamp on Steroids. While lobbyists may have enormous influence in Washington, in California they literally run the Capitol. That’s why it’s called the Third House: they control the first two houses, the Assembly and Senate.

Every Legislator gets hundreds of thousands of dollars from the Third House. It’s easy money, and all other funding pales in comparison. To take one example, the Chair of the Assembly Appropriations Committee raised around $1 million this last election, and just about all of it came from Special Interests. Exactly 9 contributions came from actual people; not a single contribution was under $100. This is the author of AB 5, by the way – the most corrupt law in state history.

The Legislature’s most coveted committees are not the ones where you can have the biggest impact on important policy. It’s the “juice” committees that entertain legislation of concern to the most powerful interest groups. Those interests give lavishly to the committee’s members as a cost of doing business.

For many Legislators, how to vote on a bill comes down to nothing more than which interests are for or against it, and who has the most juice. And if you cross the biggest players, they’ll spend millions against you in your next election. This last year, Democrat Senator Scott Weiner refused to agree to a giveaway demanded by one of the state’s wealthiest union conglomerates. The union’s lobbyists responded by plastering anti-Semitic ads about the San Francisco Senator all over Facebook

That’s how Sacramento works – and it’s why our state is crumbling.

The Third House also largely runs the Governor’s Office. Gavin Newsom’s 2022 reelection account has over $19 million, with primary funding from unions, associations, and major corporations with registered lobbyists. Several of these benefactors were around the table at his French Laundry dinner. His new Chief of Staff, it appears, is one of the Third House’s top lobbyists.

It’s not difficult to trace the consequences. The California Teachers Association, for instance, spent millions electing Newsom, and he’s obediently toed their line on school closures this year no matter the tragic impact on California kids. With the Governor and Legislators focused so intently on appeasing lobbyists within a few square blocks of the Capitol, relatively little attention is left for 40 million people throughout the state who have to live with legislative outcomes.

My goal is to build an entirely new model of citizen-backed representation. In the last fundraising reports, I had more grassroots citizen support than all 62 Legislators in the Supermajority combined. The collective force of these small-dollar donations from thousands of patriotic Californians is the first and perhaps only possible counterweight to the power of the Third House.

If we prove that this new model works, it can fundamentally realign politics in California. It will show that as warped and corrupt as our State Capitol has become, power still resides in the people. You can join our movement to build a new model of 100 percent citizen-backed Legislators at this link.

Asm. Kevin Kiley is a California Legislator representing the 6th Assembly District and fighting for sanity at our State Capitol. You can follow him on Twitter @KevinKileyCA and read his blog at CapitolQuagmire.com.