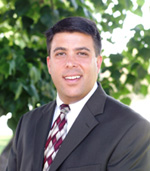 Jon Fleischman is the founder and publisher of FlashReport.org, which was formerly the FlashReport e-mail newsletter on California Politics. FlashReport.org. The primary mission of the website is to advance the conservative cause here in the Golden State.

Professionally, Jon is the President of the Fleischman Consulting Group, a consulting firm which specializes in governmental, public and political affairs at the local, state, and national levels.

Jon was elected in February of 2007 to the position of Vice Chairman, South, of the California Republican Party. In this post, he serves on the party's Board of Directors, and is a liaison between the CRP and the counties of Orange, Riverside, San Diego and Imperial.

Prior to his current career in law enforcement, Jon has enjoyed a long profession in the field of politics serving as a volunteer as well as a paid professional.

In 1987, Jon helped create a College Republican club at Santa Monica Community College, beginning his involvement in conservative youth politics that eventually led him to Young Americans for Freedom, the nation's leading non-partisan conservative youth organization. Starting as a campus activist, Jon eventually spent three years as State Chairman from 1990-93, also serving as a Director and Senior Director on YAF's National Board of Directors.

In 1988, Jon took his first job in politics, working part time for the re-election campaign of conservative Los Angeles County Supervisor Mike Antonovich. The campaign was successful — Antonovich continues to serve as the dean of the LA County Board of Supervisors. In 1990, Jon spent a few months working for the Assembly Republican Caucus, in the Simi Valley District Office of then Assemblywoman Cathie Wright. After that, Jon traveled north to work briefly for then State Senator (now Congressman) John Doolittle. In 1992, Jon was a volunteer leader in the successful campaign of Bill Hoge for Assembly in the Pasadena area, commuting down from San Jose nearly 500 miles week after week after week.

In January of 1993, Jon moved to Orange County and started work as a Special Assistant to newly elected Congressman Ed Royce. Jon was elected as a State Vice President of the California Republican Assembly, the state's dominant conservative GOP organization.

In September of 1994, Jon took a position as Special Assistant to another Orange County legislator, State Senator John Lewis — where he worked for nearly three years. During this time, from May of 1995 through May of 1997, Jon served a two-year term as State President of the California Republican Assembly. During Jon's term, the organization experienced significant growth, and its members registered more Republican voters than any other statewide GOP organization. In late 1996, Jon took on the role as lead organizer for John McGraw's second, and this time successful, run for State Party Vice Chairman.

In the Fall of 1997, Jon accepted an appointment from Ron Unz as Campaign Coordinator for the Proposition 227: English for the Children campaign. This successful ballot measure put an end to the folly of bilingual education, requiring that children be taught using English immersion. On the heels of this effort, Jon was named Campaign Manager for Gloria Matta Tuchman for state Superintendent of Public Instruction. Matta-Tuchman, a teacher from Santa Ana, was the co-author of Proposition 227. Ultimately, Tuchman fell just a few percentage points shy of incumbent Democrat Delaine Eastin. During the primary of this campaign, Jon also was a volunteer advisor to the first campaign of Orange County Marshall Mike Carona, who served as Sheriff from 1999 through early 2008.

In February of 1998, in the midst of everything else going on, Jon was struck with testicular cancer. While "TC" can be very dangerous, Jon's case was diagnosed early enough that with some major surgery and chemotherapy, he was able to tackle this challenge. Jon's attributes this most important victory to his strong faith, and the strong support he received from family and friends.

Towards the end of 1999, Jon assumed the position of Deputy Executive Director of the California Republican Party at the tail of the Chairmanship of Mike Schroeder. Three months later, John McGraw was elected CRP Chairman, and he appointed Jon as the Party's Executive Director for a two-year term. In this position, Jon was responsible for the party's day-to-day operations. After competing this arduous assignment, centered out of the Ronald Reagan Republican Center in Burbank, Jon returned back to Orange County, to go to work for the Sheriff's Department.

Back in Orange County, Jon has become involved with the GOP at the county level. In the primary election of 2004, he was elected by the voters of the 70th Assembly District to a two-year term on the County GOP Central Committee. Jon was appointed by County Chairman Scott Baugh to that body's Executive Committee. Later, Jon was elected by his peers on the Central Committee to the office of Second Vice-Chairman. In mid-2004 Jon was appointed by Governor Arnold Schwarzenegger (and confirmed by the State Senate) to a four-year term on the California Boating and Waterways Commission (the Department of Boating and Waterways says I should tell you that by clicking the preceding link you go to their official government website...whatever) - in September of 2006, Jon stepped off of the Commission early in order to devote more time to the FlashReport and his new business venture..

Jon is thirty-nine years old, and resides in the beautiful city of Irvine, California. His civic involvement in Irvine has included stints on the city's Planning, Transportation and Community Services Commissions. He holds a Bachelor of Arts degree from California State University, Fullerton. Besides his passion for politics, Jon loves to travel, read, cook, collect and drink wine, and enjoy the company of family and friends. Jon is very happily married to Maureen, the most amazing woman in the world, and together they have a young son, Matthew, who is the center of their world.