FEMINISM’S WAR WITH THE FEMININE

[Publisher’s Note: As part of an ongoing effort to bring original, thoughtful commentary to you here at the FlashReport, we present this column from Brian Johnston. Johnston is the Director of National Right to Life’s Western Office]

“The purpose of Newspeak was not only to provide a medium of expression for the world-viewand mental habits proper to the devotees… but to make all other modes of thought impossible…. Newspeak was designed not to extend but to diminish the range of thought…. Any word in the language …could be used either as verb, noun, adjective, or adverb.”

George Orwell, The Principles of Newspeak 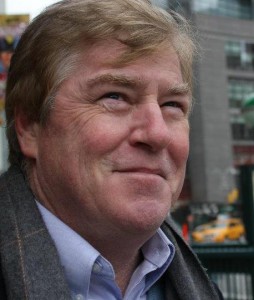 Devotees of ‘choice’ insist that their language and not the actions referred to, are the only consideration allowed in public discourse. Just as in Newspeak, language is not for understanding but to serve ideology. There is nothing else to be considered. “Choice”, “Feminism”; what is it that is actually being implemented when these words are intoned?
—————–

Abortion on demand, abortion for any reason or no reason in particular, just for “choice”, has become the defining term of radical feminism. In today’s culture wars if one does not embrace choice, one is not supporting women.

Only a woman can bring forth life. This uniquely feminine act is now assaulted by feminist ideology. The incredible ability to nurture and care for a vulnerable human being and any affection or sense of protection it elicits, is snidely derided.  In April of 2014, actress Kirsten Dunst, hardly a political figure, was openly rebuked by feminist commentators for her appreciation of her mother’s staying at home and caring for the kids.

Current events now bring us to feminism’s ultimate abandonment of the feminine – the unvarnished defense of the most reprehensible of abortions, “gendercide” abortion: killing the baby based on gender, usually because she is a girl.

Abortion for gender is happening throughout the world. Some cultures are coercively clear in their preference to now limit the number of children and if few, ensure males. China, Southeast Asia, India–all of these cultures have widely indulged this practice. Some enforce it by law. Commentators of all political stripes agree that it is alarming.

Former President Jimmy Carter, while on a book tour in April 2014 silenced the talkative David Letterman when he announced, “One hundred sixty million girls are not with us, either because they were murdered at birth or selectively aborted when it is found out they are girls.” Many have stood up to the laws that compel this, (like Cheng Guang Chang, arrested by the Chinese government for opposing forced abortions). Others have joined in to denounce the cultural coercion in India and elsewhere that, while not mandated, clearly instructs women it is the “best choice.”

And it is happening in California. Numerous studies, some funded by the state via UCSF, as well as local incidents and California court cases, have clearly demonstrated the practice is here.

Throughout the world many have awakened to this vile assault on childbearing women and the feminine person herself. Twenty-six nations and eight U.S. States have all acted to ban the practice. But in most of the U.S. it is still quite legal; and specifically in California, it is not only legal, but also free. There these abortions are paid for by tax money–abortions even for non-residents and non-citizens.

California Assemblywoman Shannon Grove sought to address this in the State Legislature. In May of 2014 the Assembly Health Committee, overwhelmingly controlled by pro-choice Democrats, each offered their condolences and “tutting” disapproval of sex-selective abortion. But each ‘pro-choicer’ felt compelled to genuflect to the dominant ideology, which was loudly present. Radical feminists, abortion industry experts, and Planned Parenthood leaders were clear: Girl-killing abortions cannot be restrained, because the right to an abortion at any time for any reason ought not be infringed. “Choice” demands its ransom. ANY reason – even killing the child because she is a girl–is adequate reason for ending that human life, stopping that beating heart, stilling that squirming child with certainty.

Not just in California, throughout the nation abortion promoters and radical feminists have become the only defenders of gender-based abortion. Planned Parenthood clinics have been documented on video as cheerily promoting the practice; and as noted, in California it is government-funded.

The divisive nature of abortion by ‘choice’ is not going away. Even Justice Sandra O’Connor admitted that the thinking of Roe v. Wade was deeply flawed, “Roe is on a collision course with itself,” she wrote in 1983.

Radical feminism’s logic of “choice” also places it on a collision course with itself, and at war with all that it pretends to be. No, feminism is not yet dead, but it certainly is willing for the feminine to be so.

Those that rant about a “war against women” have the peculiar luxury of both stoking it while deriding it, all while simultaneously approving of it.

But this is not merely a war of empty words. As Orwell explained, it is the intentional twisting of words, with the demand that the meaning and actions represented by those words be ignored. Dystopia is here. The targeted killing of baby girls via abortion is openly embraced by so-called, ‘feminists’.

THAT war needs to end.

Brian Johnston is the Director of National Right to Life’s Western Office. He has served in many capacities as a public advocate for those whose life was in immediate danger, including as California Commissioner of Aging, the State Board of Nursing Home Examiners, and on the board of the National Legal Center for the Medically Dependent and Disabled. He is a contributor to, and author of several books, including Death As A Salesman:What’s Wrong With Assisted Suicide.