So you really want to know what is going on in San Diego?

Regardless of where I am these days I seem to get the same question "What the hell is going on down there in San Diego?" I’m starting to find the question irritating so….

Much of what is happening in San Diego comes down to a story of "campaign finance reform" and it goes  a little something like this. 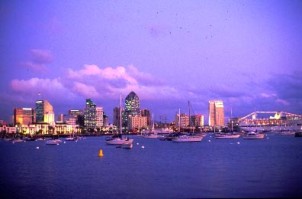 So, let’s be honest here… It’s true that Republicans should have an easier time raising money in those increments, and we probably have more self-funding candidates to which the limits do not apply. I would like to think that maybe our Republican forefathers in San Diego thought they were being clever, perhaps thinking anyone running as a liberal would never be able to muster enough trial lawyer and environmentalist money to seriously contest GOP candidates. But, while the good old boys were busy regulating their own money, they forgot about the union bosses who can raise money in less than $250 amounts from thousands of union worker paychecks.

In America’s 7th largest city, with one of the nation’s most expensive media markets, campaigns are costly. A typical council race has as many voters as an Assembly Republican primary. It takes a lot of $250 personal checks to make a dent. For decades, the unions did not appear to catch on to their advantage, but in the mid 1990’s they got together and started figuring out that they could easily run massive independent expenditure campaigns with the thousands of $250 or less member contributions they gathered. During the recession, the Republican majority on the council started cutting deals with the increasingly powerful union bosses for dramatically increased benefits in lieu of immediate raises.

By the late 1990’s the city’s largely Republican "establishment" saw their power deflating. Union bosses now swung the big stick. Labor financed Democrats took control of the council and the spending spree picked up speed. Worse, many folks in the downtown business community, instead of building a counter-force to the union bosses, made the mistake of thinking they could "influence" the labor bosses by giving them access to the highest levels of the business community’s political and legislative operations. Quisling would have been proud.

The remaining Republicans on the council, seeing the abject weakness of the downtown business establishment, started believing they needed the union bosses support. The spending spree picked up speed. Open discussion of the real financial situation was taboo. Now in lock-step with the labor bosses, the organizations which heretofore were agents of good government and protectors of the business community were now the leaders in demonizing anyone who pointed out that the books were obviously well out of balance.

And that’s part of one version of how America’s once (Republican) "best governed city" has a $2.5 billion deficit and is being hailed by national newspapers as "Enron by the Sea."