Spanos “spits on the ground” in front of Angelides

It was recently reported that self-made gazzilionairre Alex Spanos had made a seven figure donation to support Proposition 77, the Redistricting Reform measure on the November Special Election ballot.  It was interesting to read today in the Capitol Weekly that Spanos, a prolific donor to GOP candidates and 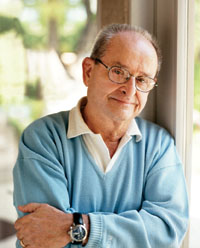 causes, had recently made a $25,000 contribution to Democrat Controller Steve Westly’s campaign for Governor.  Odd.  Weekly writer Shane Goldmacher reports that the donation "…continues a long tradition of Greek-American Spanos bankrolling candidates running against State Treasurer Phil Angelides, a fellow Greek-American who is running for governor."

Of course, both Spanos and Angelides have so much money that this $25k  is probably the equivalent of spitting on the ground in front of your nemesis…

When I was Executive Director of the California Republican Party, I had occassion to accompany Party Chairman John McGraw for a meeting with Spanos.  We went to his favorite restaurant in his home town of Stockton.  I forgot the name of it because it could have been any coffee shop, though the bright red vinyl seats stick in my mind…  It speaks well for Spanos that, despite having a net-worth greater than some nations, he still is well grounded.